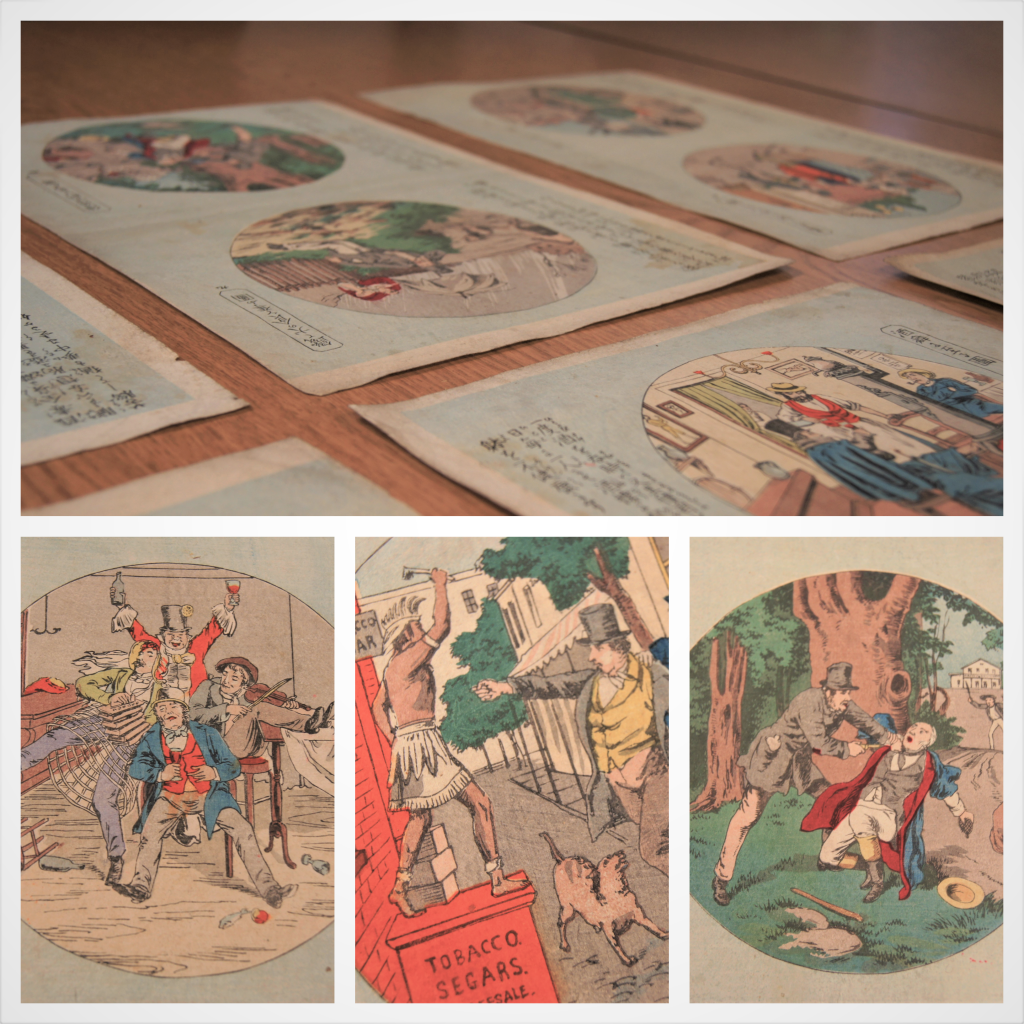 This women’s group  eventually became the inspiration for the production of a colorful series of Japanese woodblock prints on temperance, sponsored and published by Sasaki Toyoju, the first secretary of the Japan WCTU.  Printed in 1888, this rare set of  prints, now at the Libraries, offers a unique window in to the evolution of organized Japanese feminism in the late nineteenth century. Interestingly, the prints depict a scene that is set not in Japan but in the United States; the publication appears to be inspired by the 1846 lithograph (of the same title), “The Drunkard’s Progress,” by Nathaniel Currier, who highlights “the eight steps of drinking.” 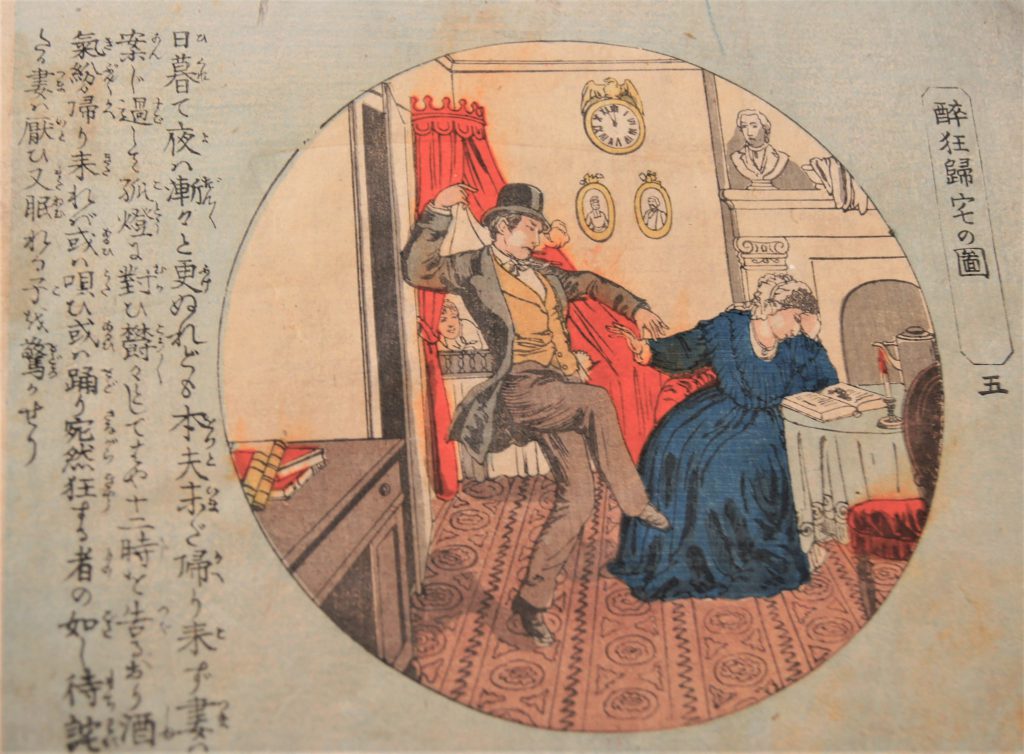 While the anti-alcohol message is front and center, the creation of this work also underscores the kinetic interaction between Japan and the West during the Meiji period.  Framed around Christian virtues, the beginnings of female-led organizations in Japan tackled domestic issues that seemed to affect women similarly around the world. Yajima Kajiko, the founder of the Japan WCTU, hoped that the Japanese women’s movement would make temperance its foremost priority, but Sasaki Toyoju disagreed with her, preferring to focus their energies on abolishing prostitution, another social ill that disrupted the sphere of female domesticity. 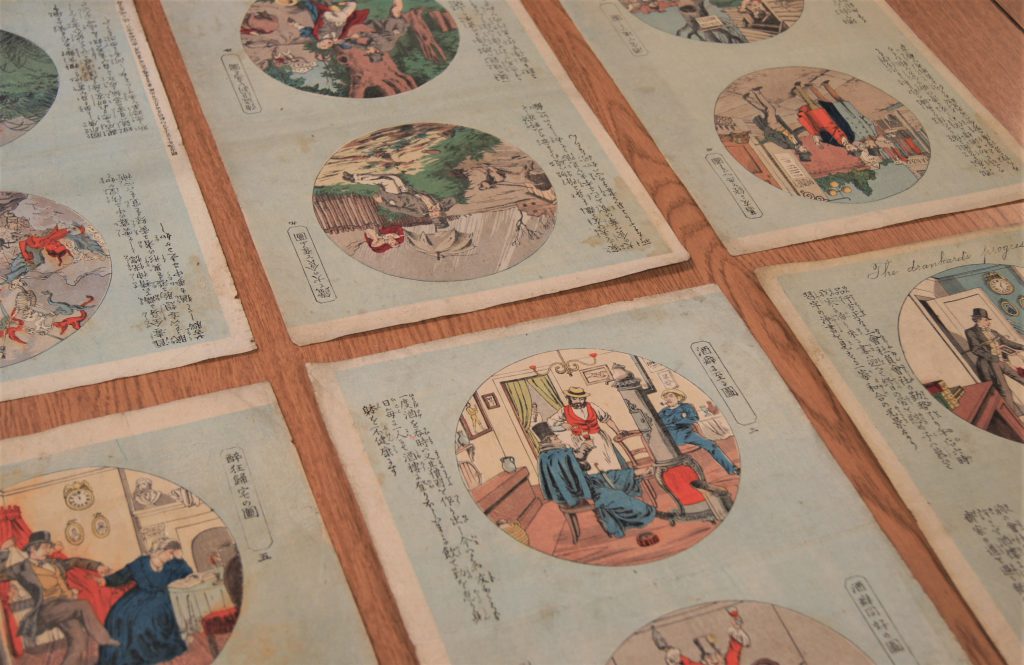 Photo of the six prints on a table

The illustrations in this series reveal how the first “step” in drinking, a jolly glass with a friend, inevitably leads to increasingly violent and dramatic steps, culminating in the drunkard’s “death by suicide.” One could say that these Japanese prints bemoan foreign culture as much as they borrow willingly from Western thought. While they warn the Japanese reader not to drink like this American subject in the prints, they simultaneously welcome the Christian virtues of temperance advocated by a burgeoning world feminism.

To find out more about the temperance and women’s rights movements in Japan, check out these books in the Libraries’ collection:

Women and public life in early Meiji Japan: the development of the feminist movement by Mara Patessio (Ann Arbor: University of Michigan Press, 2011)