In honor of Asian Pacific American Heritage month, East Asian Studies at OSU Libraries recently opened a feature book display for the month of May. Focusing on the exchange of ideas, people, and culture between Asia, the Pacific Islands and broader global communities, the display’s theme “Global Asias” draws inspiration from recent scholarship on topics from across the Humanities and Social Sciences in Asian and Asian American Studies. Given the context of Asian Pacific American Heritage month, the display emphasizes Asian-American experiences in the United States. In addition, it showcases OSU’s extensive collections in Chinese, Japanese, and Korean Studies while highlighting recently published books on the Asian diaspora in the Pacific Rim. With books available for immediate circulation, the display is located near the stairwell in the east atrium of Thompson Library. 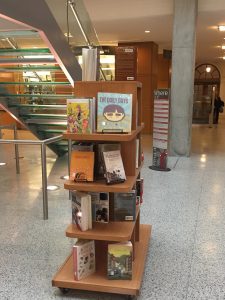 END_OF_DOCUMENT_TOKEN_TO_BE_REPLACED

May 4, 2017 / Yasuhiro Aihara / Comments Off on Focus on Japan in WWII: Kōa Shingun Ezu Iri (興亜進軍絵図入) 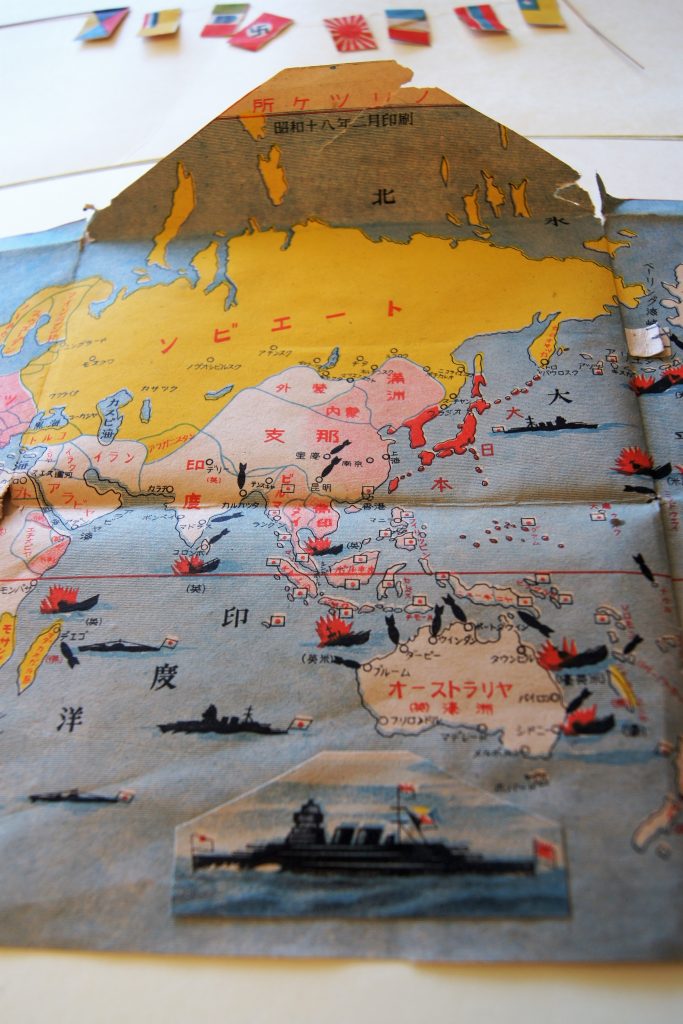 Interior of aerogram depicting Japanese battles in the Pacific

On February 14th, I wrote a blog introducing the Pearl Harbor Exhibit that was hung last winter in commemoration of the 75th anniversary of Pearl Harbor (December 7, 2016). In order to showcase the Japanese military perspective, the exhibit included a very special document, a fold-up aerogram that was made by the Japanese wartime government.  The present blog will feature that document, known as gunji yūbin (軍事郵便), or “military mail” in English.

Gunji yūbin was the military mail service that connected soldiers on the front lines to their families back in the metropole. It was established in 1894 (Meiji 27) during the Sino-Japanese War. Because the gunji yūbin was responsible for handling all letters going back and forth between the soldiers and their families, its extant pieces can be a treasure trove for researchers of war-time and Imperial Japan.