In 1925, having returned from his inaugural journey to the Arctic and now dreaming of his flight over the North Pole, Commander Richard Byrd began a lecture tour across America, armed with pictures and films of the Arctic. While on tour, Byrd discovered how bad his public speaking skills and his films were. Still, people poured into his lectures anyway, burning to see the “dim, flickering films of the Far North.”[i]  Byrd had uncovered a nation of xenophiles.[ii]

A xenophile is someone who is attracted to foreign things, places or people. By the very nature of their work, explorers tend to be xenophiles, willing to risk their lives for such attraction. At the beginning of the 20th century, however, the broader public caught the bug and began craving the strange, the daring, and the exotic.  Byrd was far from the only man to capitalize on this fascination—in fact, he came late to the game. Newspapers had been catering to this desire for years, using any news, discoveries or controversies to sell papers and make money. By the time Byrd embarked on his lecture tours, the tie between newspapers and polar exploration was so strong that media outlets paid explorers in advance for exclusive rights to future exploits. Success and the resulting public venerations allowed many explorers to pay off debts or fund their next adventure.

Many of the stories, diaries and images that so enthralled the public are now held by the Byrd Polar and Climate Research Center Archival Program at The Ohio State University.  While the Richard E. Byrd Papers are the most well-known of our collections, we document the history of polar exploration through the papers and records of other explorers as well!

In this week’s Frozen Friday’s post, we will display a number of newspaper headlines found within the collections of the  Byrd Polar and Climate Research Center Archival Program!

[ii] At least in regards to the uninhabited polar regions. 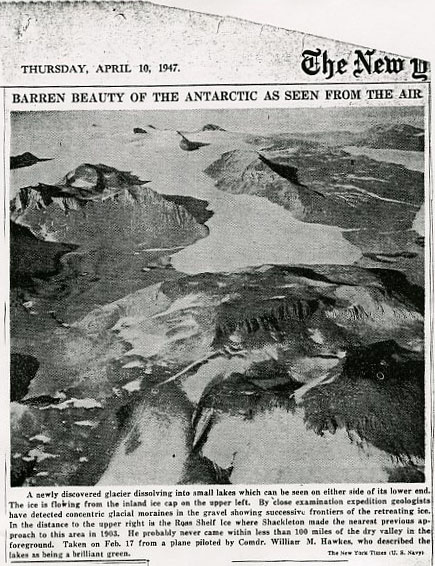 Many Americans were fascinated by the never-before-seen aerial view of Antarctica. 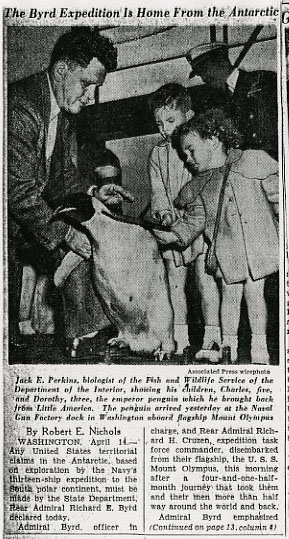 Many expeditions to the Antarctic attempted to
return with live specimens of penguin.
Unfortunately, very few birds survived the
journey. 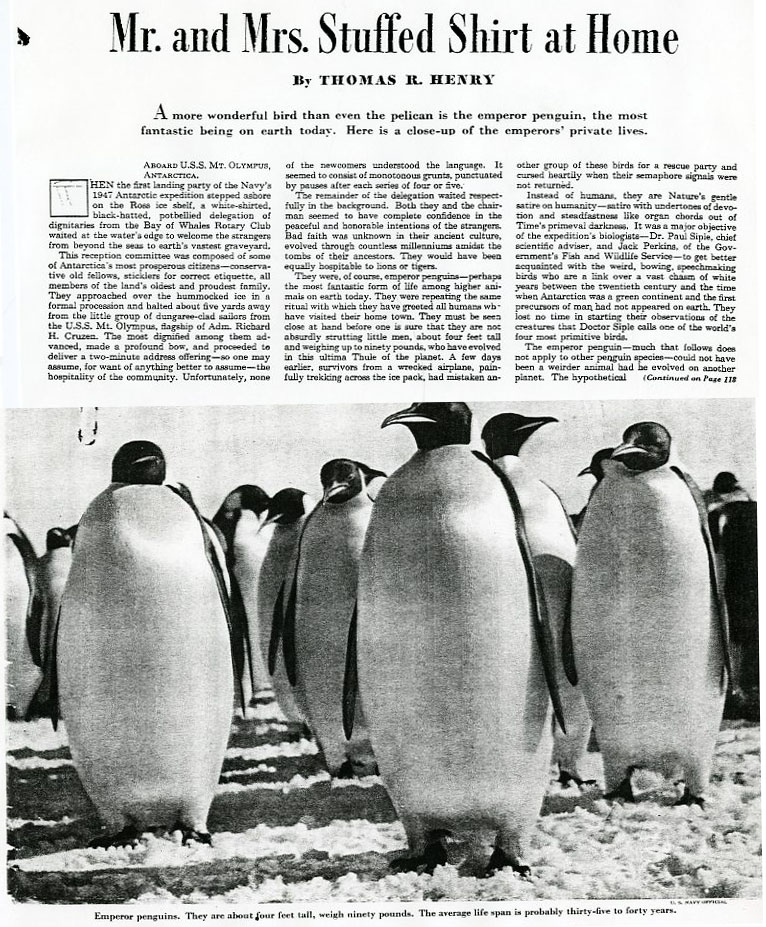 The American media was very interested in domestic life, even those of penguins. 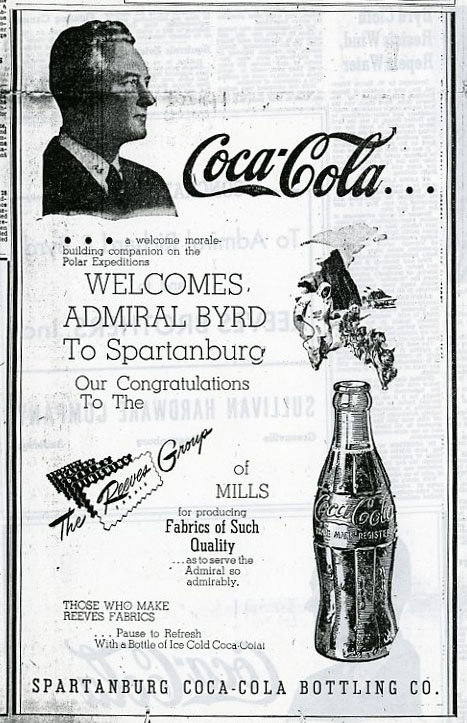 Many of the brands that used Byrd in their advertisements
are still familiar to us today. 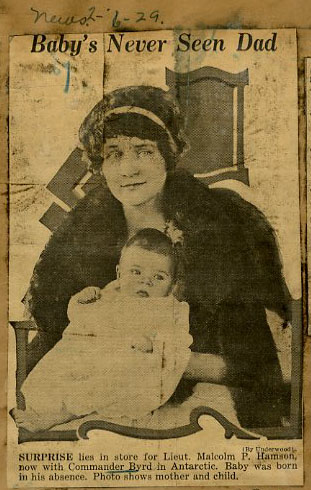 Members of Byrd’s expeditions became something of
celebrities. Their personal lives were talked about in
the media as though they were movie stars.

This gossip was not always a
good thing.

Byrd made deals with companies when planning
his expeditions. Advertizing rights were sold in
exchange for funding and equipment.
Paramount Pictures was one such company.

Written by Autumn Snellgrove and published by John Hooton