June 20, 2014 / drobik.5@osu.edu / Comments Off on Johnson devoted to rehabilitation for more than a half-century 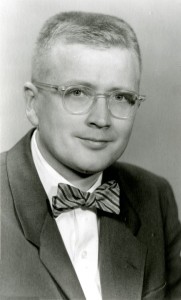 Dr. Ernest Johnson has been in the business of physical rehabilitation for more than 60 years – since not long after he graduated from the College of Medicine in 1952. However, he’s been associated with the University since 1942 when he first arrived as a freshman at OSU.

Dr. Johnson, known as Ernie or ‘Dr. J’ to many, was drafted to serve in World War II shortly after he enrolled, but he returned to the university four years later, intending to study journalism. He was a voracious reader growing up, had worked for a newspaper since the age of 16 and had served as editor of his Akron high school’s newspaper. However, a conversation with his college roommate apparently changed his career drastically. Johnson said that his roommate told him, “You have four years of free education, why don’t you become a doctor?” So he did.

Johnson used his GI benefits to the utmost by taking 26 credit hours a quarter. He was also working in the cafeteria, where he met his wife, Joanne. He earned his undergraduate degree in 1948 (he and Joanne were married later that year) and his medical degree in 1952. He completed his residency, also at Ohio State, in 1957 and was named an assistant professor in the College of Medicine that year. 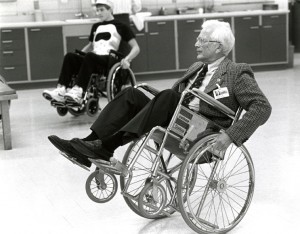 His specialty was physical medicine and rehabilitation. He studied carpel tunnel syndrome, and along the way became a crusader for the rights of the disabled. He was named chairman of his department in 1963, a position he would hold for almost thirty years. In 1974 he led a group that organized a grant project to build Ohio State’s Creative Living Center, a living-learning facility for the physically disabled. It was the first of its kind in the Midwest, and inspired many other similar centers across the country. Johnson also organized the Ohio Wheelchair Athletic Association in 1970.

Both of these projects earned him much recognition, but the awards displayed in his office instead included those for “popping wheelies” (balancing a wheelchair on its back wheels and spinning in either direction). In fact, Johnson required that all of his students (including more than 160 residents) be able to pop a wheelie. He said it made them more aware of what their patients were going through. Under his guidance, the department of physical medicine and rehabilitation became the third-highest ranking program in the country. 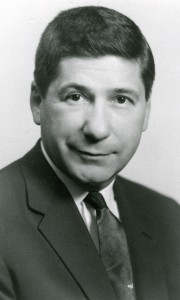 Dr. Arthur G. James believed all cancer would eventually be eradicated. That belief coupled with his dedication to the idea that cancer patients need separate, specialized care, led him to lobby, campaign, and fund-raise for 35 years to build a cancer hospital in Ohio. 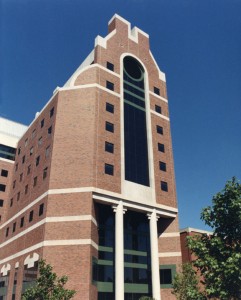 James was born to Italian immigrant parents in the coal mining town of Rhodesdale, Ohio. The third of eight children, James worked to save enough money for college, graduated as co-valedictorian of his high school class and earned a scholarship to Ohio State.

Once at Ohio State, James continued to work part-time jobs to pay his room and board. He chose to study engineering, like his elder brother, but in his sophomore year decided he wanted to study medicine. He received his bachelor of arts degree in 1934 and his master’s degree in 1937. He met his wife, Milly, while in medical school and they were married in 1940.

Upon his graduation from Ohio State, he received a fellowship at Memorial Sloan-Kettering Hospital in New York, where he became interested in the field of surgical oncology. The outbreak of World War II disrupted these plans but eventually, he returned to complete his fellowship in New York. 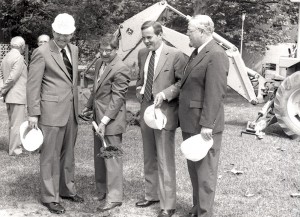 He returned to his alma mater in 1948 as a member of the OSU faculty, a position he would hold for almost 40 years. In 1960 James began advocating for the establishment of a cancer hospital. At that time, the only hospitals dedicated to the study of cancer were in New York and Texas. Arthur James wanted to change that. It took him more than 30 years, but in the end, he convinced the community, the State and the University that a cancer hospital was needed.

In 1984, ground was broken on the hospital that now bears his name. It was completed in 1988, and, the James is now one of the premier cancer treatment hospitals in the nation. 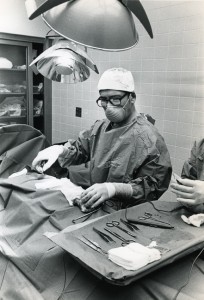 James was recognized for his work many times. He served as President of the American Cancer Society from 1972-73, and was awarded the organization’s Medal of Honor in 1990. He was also inducted into the Horatio Alger Association of Distinguished Americans, a non-profit service organization which recognized those people who have achieved great success despite humble or difficult circumstances. Despite the awards and the fanfare, James was always committed to the cause, and it was his passion to help people with cancer.

After a long battle with Parkinson’s disease, James died on October 22, 2001, at the age of 89 years. Dennis Smith, director of administration at The James at the time said of him, “Without Dr. James, this hospital simply would not exist. His memory and dedication will live on through this hospital and all we achieve.”