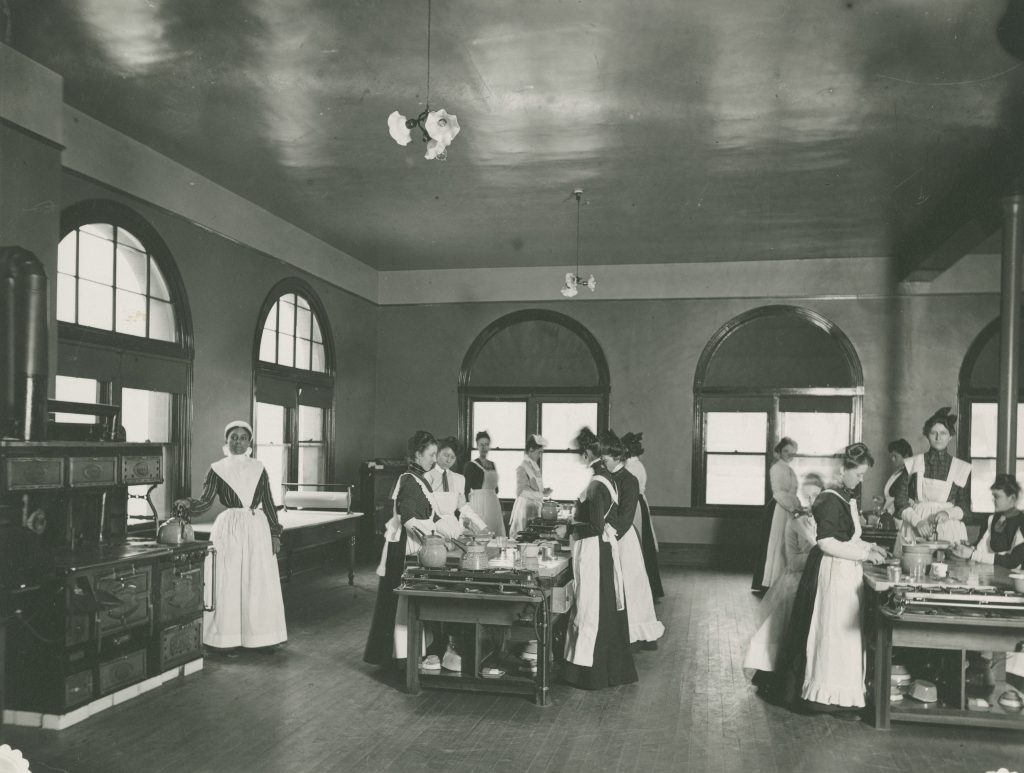 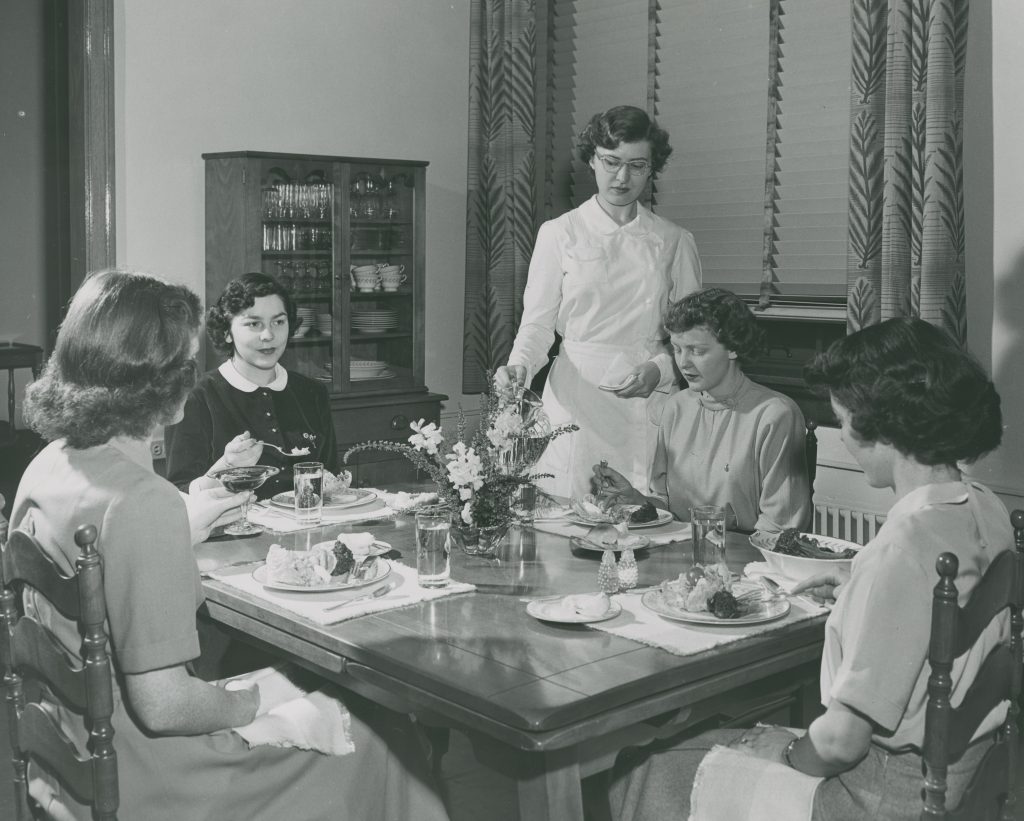 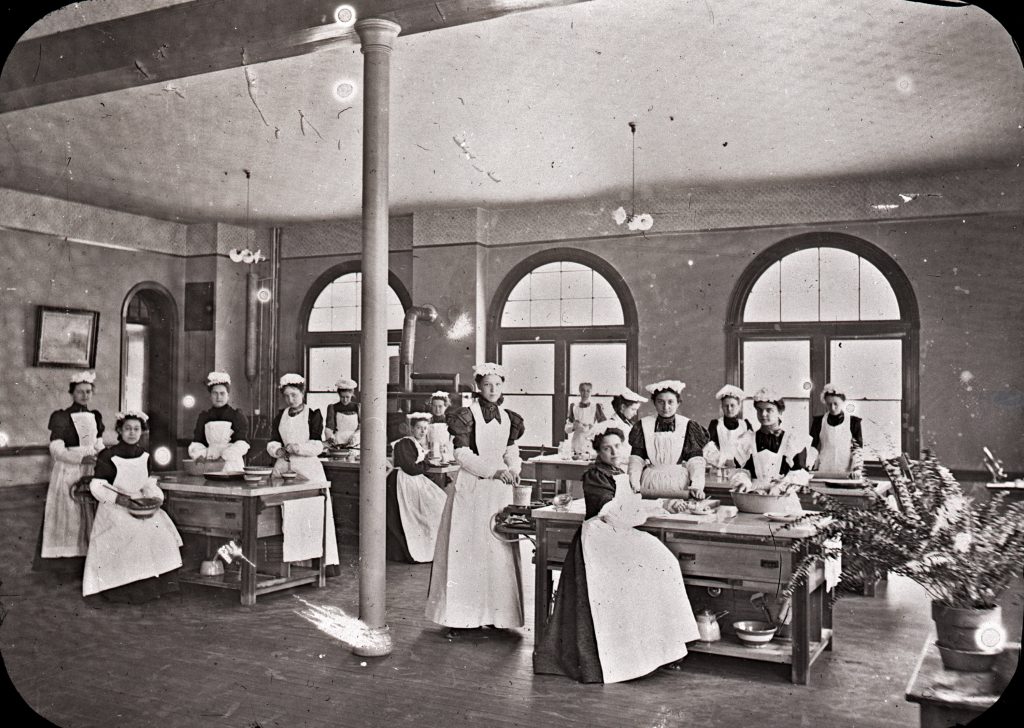 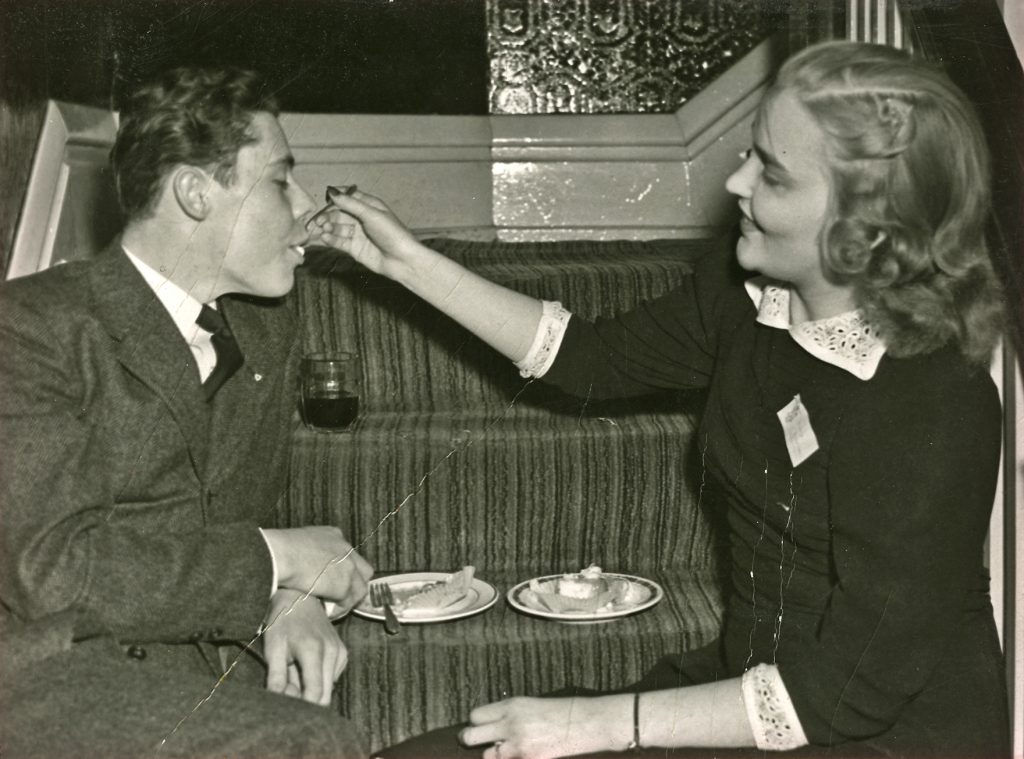 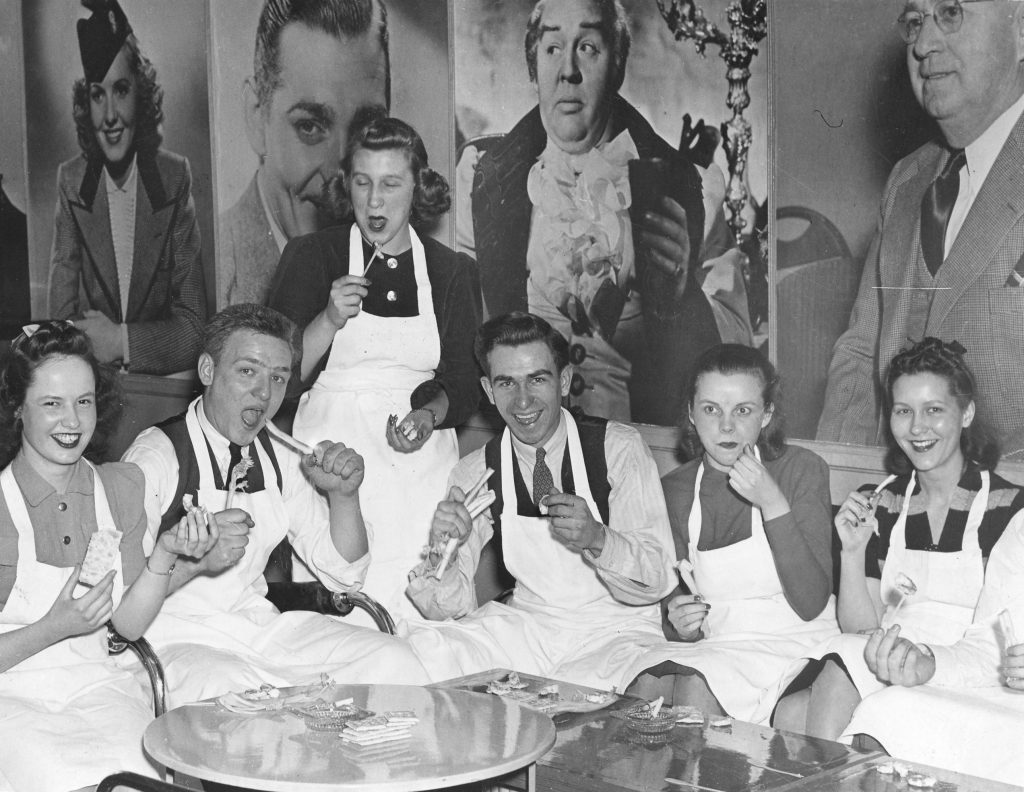 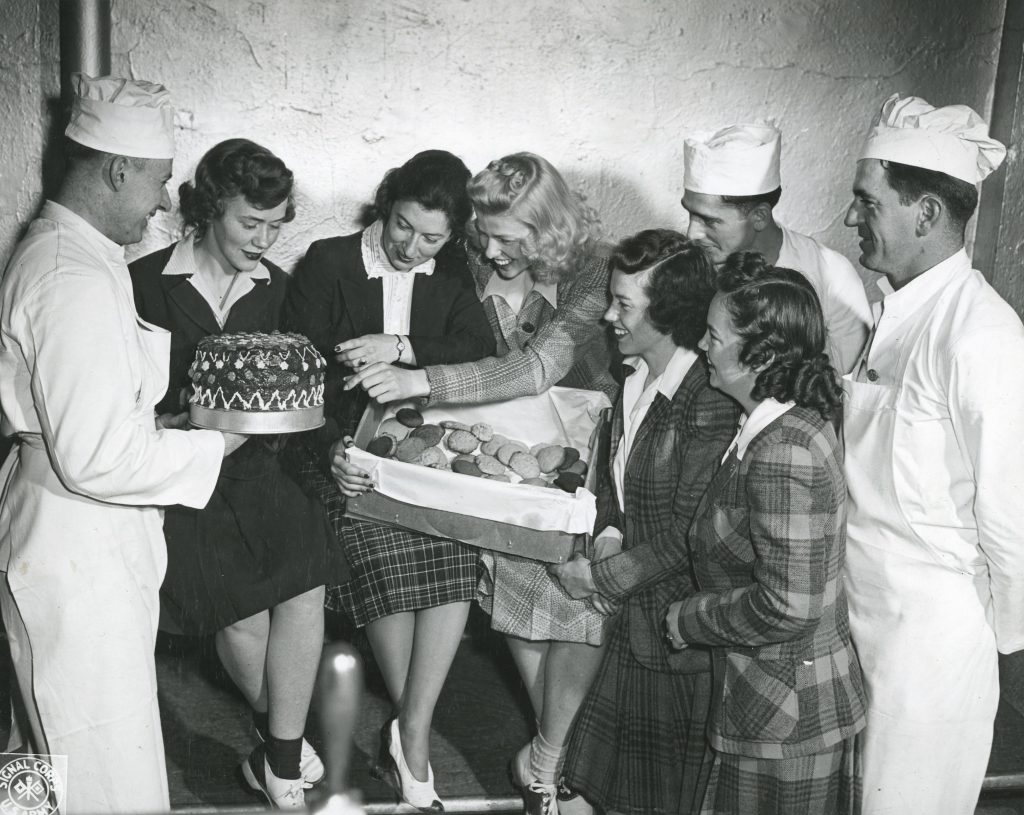 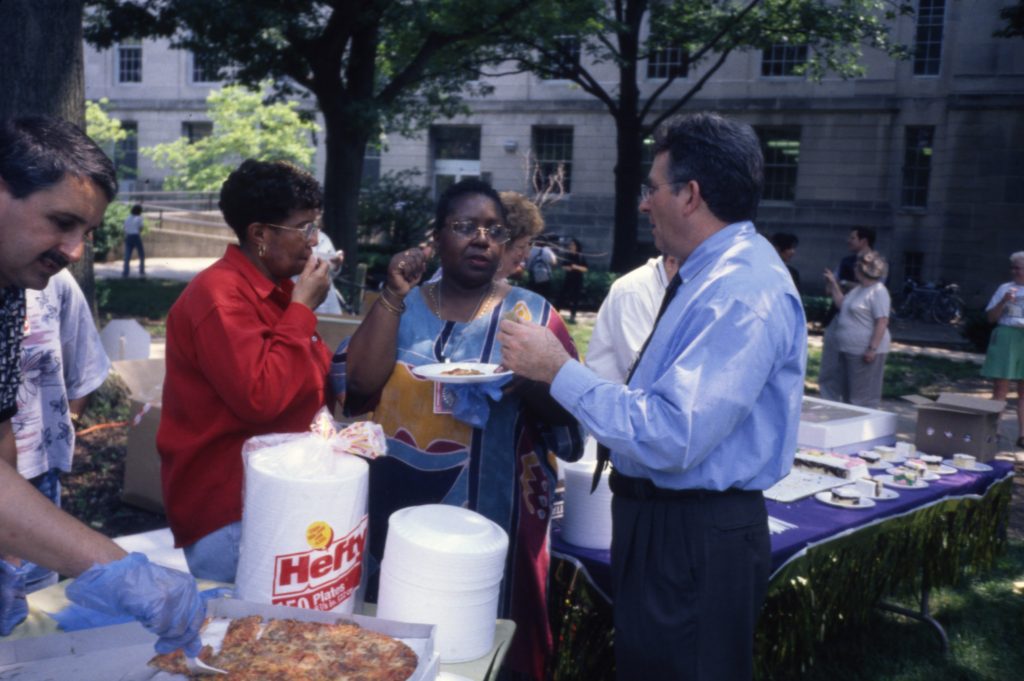 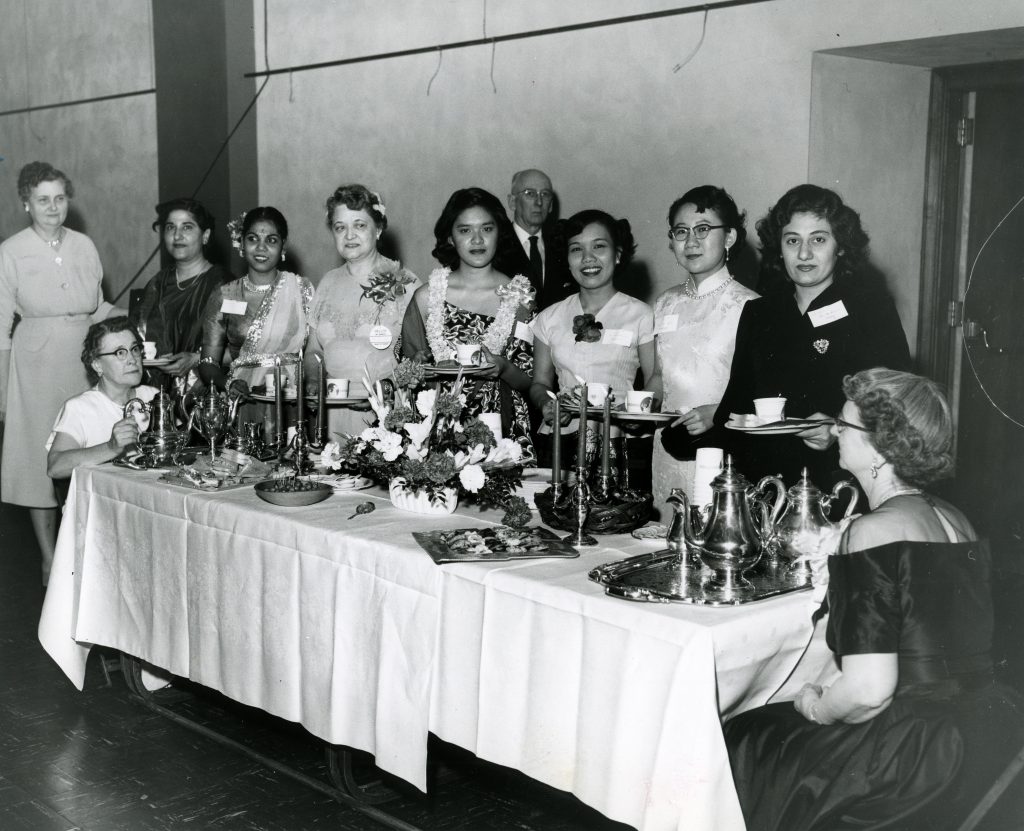 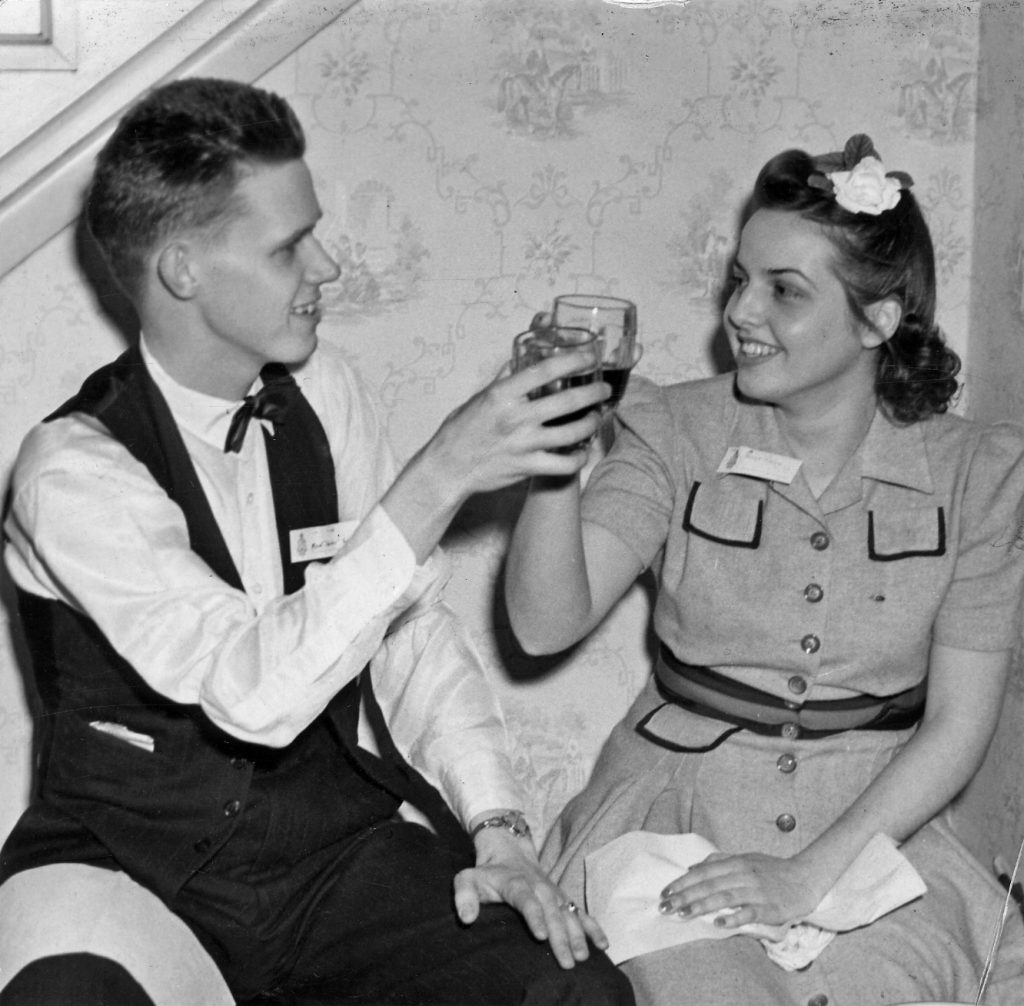 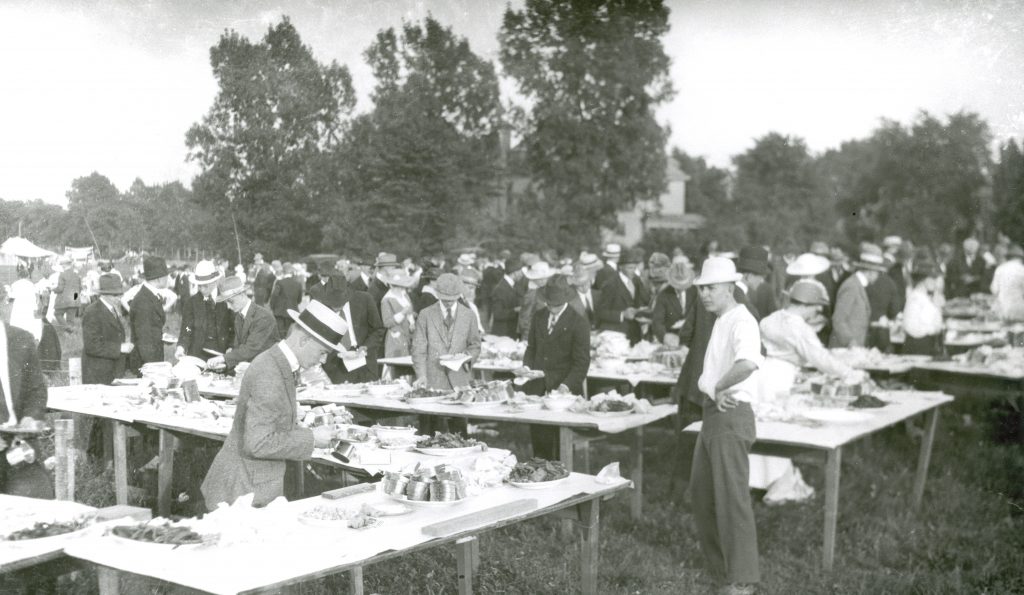 October 17, 2014 / drobik.5@osu.edu / Comments Off on Alumni Weekend: An early class’s tale of reconnecting 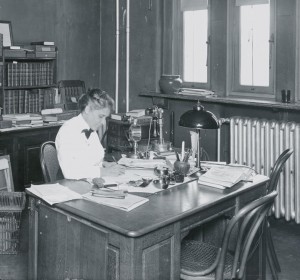 Today, with the vast number of students who graduate every year, it would be unthinkable for a class to gather in one publication the updates on lives and recollections from school days of its various members. But given the well-organized nature of the University’s librarian, it was almost pulled off for the Class of 1887’s 25th reunion.

In 1912, when the Class of 1887 was about to celebrate its 25th anniversary of graduation, Olive Branch Jones – by then the first full-time librarian for her alma mater, OSU – took on the task with a friend to publish a report on members of the class of 1887. It was actually that class’s treasurer, Joseph S. Myers, who had written to Jones telling her his plans of having a “history of ’87 prepared in this 25th Anniversary Year” and to have a sort of questionnaire sent out to all the 21 graduates. Myers and a fellow classmate, Joe Taylor, both agreed that they thought Jones, a fellow class member, could handle this job best. 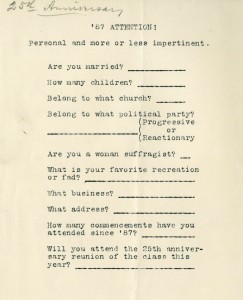 For some reason, however, Jones was unable to pull it off. Maybe it was because it was the year before the then-main library was to open, and she was too busy as University Librarian preparing for that event.

But the questionnaire remains, and it is quite a relic of a bygone era. Respondents are asked what political party they belong to (Progressive or Reactionary), what church they belong to and whether they are a woman suffragist, among other things.

And Jones did receive some interesting letters from alumni, who were unable to attend the reunion but wanted to update their classmates on their current lives. One alumna, Daisy M. Scott, had for some time been a math teacher at North High School in Columbus, although there was one year when she was sent to Central and East high schools “to extricate some of their students from difficulties algebraic.” Joe Taylor marched down memory lane at first in his letter, then veered into waxing philosophic about the past: “…we don’t live there any more; we can’t stay in that familiar and peaceless place, the undergrad campus; a place so stripped of yesterdays … I am more able to say this because I have not achieved what we call great success; my own today is a very modest affair; yet so it seems, no doubt, to each of us.”

Heavy stuff. Luckily, for the class members who showed up at the actual reunion, the mood appeared to be much lighter. Along with discussions about a report, various letters were exchanged between Jones and Lucretia McPherson, wife of then-Graduate School Dean William McPherson, in which they decided also to hold a garden party in celebration. Roughly 50 people, including graduates’ family members and former faculty, apparently gathered on June 10, 1912, after which Lucretia McPherson wrote to Jones that it was “one of the most worthwhile parties, for the guests seemed to be so truly happy to see one another.” 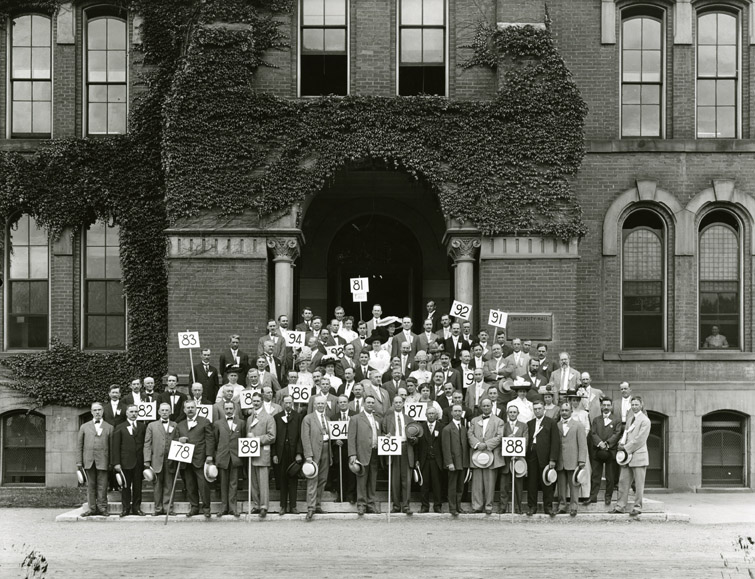 – Filed by B.T.
Note: This information came from the Director of Libraries collection at the University Archives in a folder called “Class of 1887: 25th Anniversary: Correspondence for 1912 (Olive Jones)”

April 29, 2014 / drobik.5@osu.edu / Comments Off on Commencement speakers talk of tough world grads head out to tackle 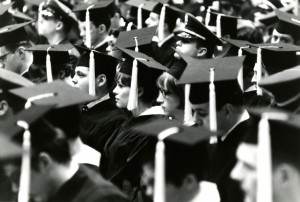 Broadcast journalists and commentators have a national stage from which they share information and sometimes opinions on the world. Some of them have traveled to OSU over the years to give their thoughts on current news and events on a different stage – the one temporarily raised on Ohio Stadium’s football field for Spring Commencement.

The first to visit Ohio State was none other than then CBS News Anchor Walter Cronkite, who spoke at the June 1968 Commencement. It was a dark period in the nation’s history – the Vietnam War was escalating, Martin Luther King Jr. had been assassinated in April of that year, and just three days before Commencement, Robert Kennedy Jr. was shot and killed as well. Not surprisingly, Cronkite’s comments reflected the national mood: 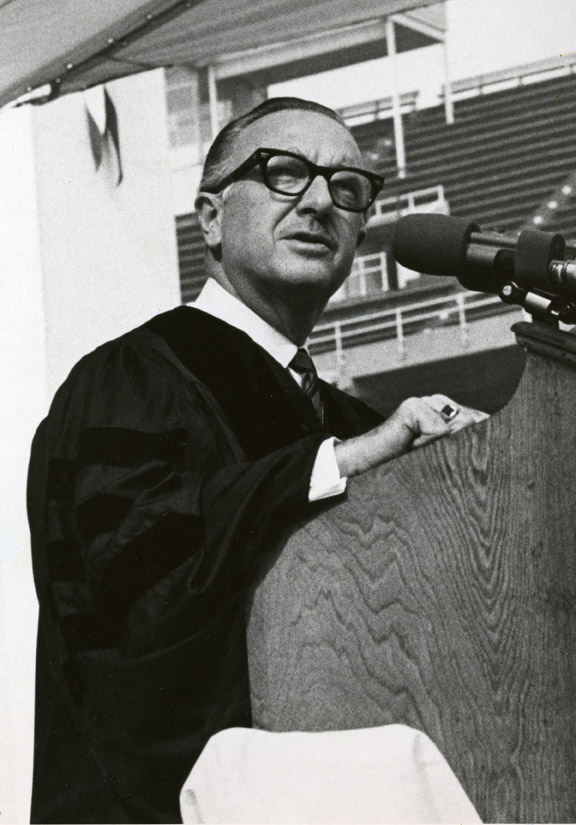 “There are a lot of things wrong with this world. We can scarcely stand here in the shadow of the tragedy that has overwhelmed us, without acknowledging that there is a great deal wrong. … Violence and the most cowardly of crimes – assassination – are high on the list. But the list is so long of real or alleged wrongs: …”

He then went on to list a long litany of depressing aspects of the then-current affairs, then shifted to why there was so much student dissent and questioned whether it would have a positive outcome. After all of that, Cronkite, who was speaking to thousands of young people facing an unknown future, apparently decided he should somehow lift their spirits in the end:

“…while the challenges of today seem frightening in their complexity, there is no reason for despair. The more and the greater the challenges, … the more exciting the prospect of the combat and the sweeter the taste of victory.” 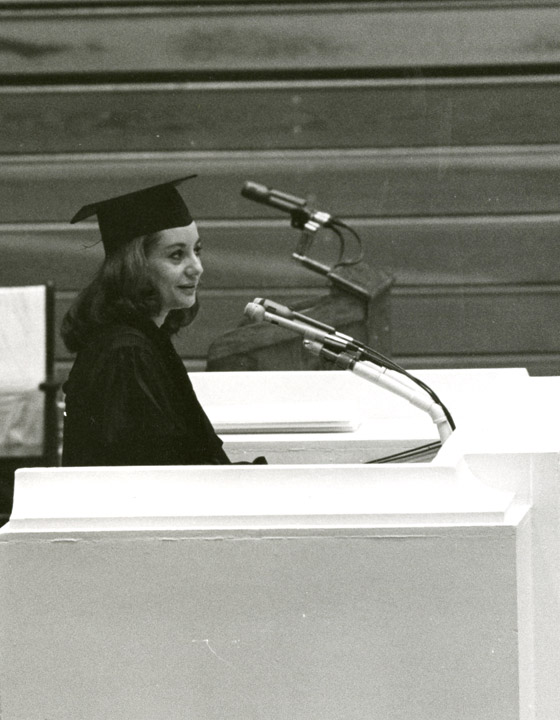 In 1971, Barbara Walters, who will retire this month after a 38-year career in broadcast journalism, decided to tackle just one of the many issues Cronkite discussed: women’s rights. “There is work to be done to improve and equalize the status of women in education, occupation, salary, property rights and marital laws. …,” she said. At the time, she determined that the women’s liberation movement had accomplished much of what it set out to do and the need to continue the debate was not that great:

“We are the women in our thirties and forties who are saying, ‘Is that all there is?’ You [the female graduates] are not, need not, and probably will not ever have to ask that question. You can work or not as you wish … marry or not … have children or not… without being condemned in any way by society.”

Of course, forty-plus years later, that debate still rages on. (For example: “Lean In” by Sheryl Sandberg, chief operating officer of Facebook, a manifesto for working women, was met with a great furor when it was published last year.) So it would be interesting to see what the Barbara Walters of today thought about her speech in 1971. 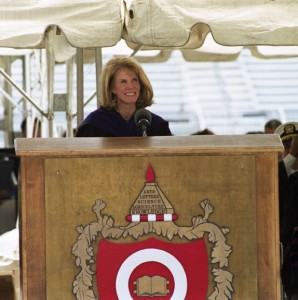 In 2004, Erin Moriarty, a CBS News correspondent, also listed the various ills facing the world – it was, after all, only three years after the terrorist attacks of Sept. 11, 2001 – but she told graduates that they could overcome the many obstacles facing them by embracing their “inner Buckeye.” An OSU graduate herself, she listed the many terrifying stories she had covered during her career, but said that the risks were worth taking. Then she did something unexpected: She told graduates to turn off the TV.

“What I mean is don’t live your life as a spectator who changes the scenery with a click of that remote control … Don’t be a ditto head, think for yourself. Here at Ohio State you have learned how to learn. Use those skills to educate yourself. Knowing you have those skills, don’t be afraid to take some risks. … And never forget where you came from.”

Naturally, Moriarty ended her speech with “Go Bucks.” Four years later, NBC News Anchor Brian Williams began his with “O-H.” And his speech was peppered with jokes (mostly about the University of Michigan) and other moments of levity. Like Cronkite fifty years earlier, though, Williams talked about how broken the nation was. “We need you to fix this country,” he said.

He then went on to talk about the then-117 million blogs being written on a regular basis and how most of them were about the people writing them. “And the problem is, we need to start talking about us, all of us. We need to start thinking of us as the collective, the United States we used to know. It is going to require a lot of work.”

He said, though, that the soon-to-be OSU graduates would be up to the task.

“And ladies and gentlemen, members of this graduating class, members of graduate studies, wherever you go, please tell them you’re a Buckeye. There is nothing wrong with America that someone from Ohio State can’t fix.”

For a list of these and other commencement speeches, and links to their texts, visit: