Buckeye-D: Who’s that with Jesse?

The Ohio State University Archives has a vast photographic collection from former OSU student and Olympic gold-medalist Jesse Owens.  There’s only one problem: many individuals included in the photographs with Owens were left unidentified.

Here’s where you can help (and you want to help us, right?).  Below are a handful of photos with unidentified people.  If you can ID anyone in the images below, please give us a shout out by email, archives@osu.edu or through our Facebook page. 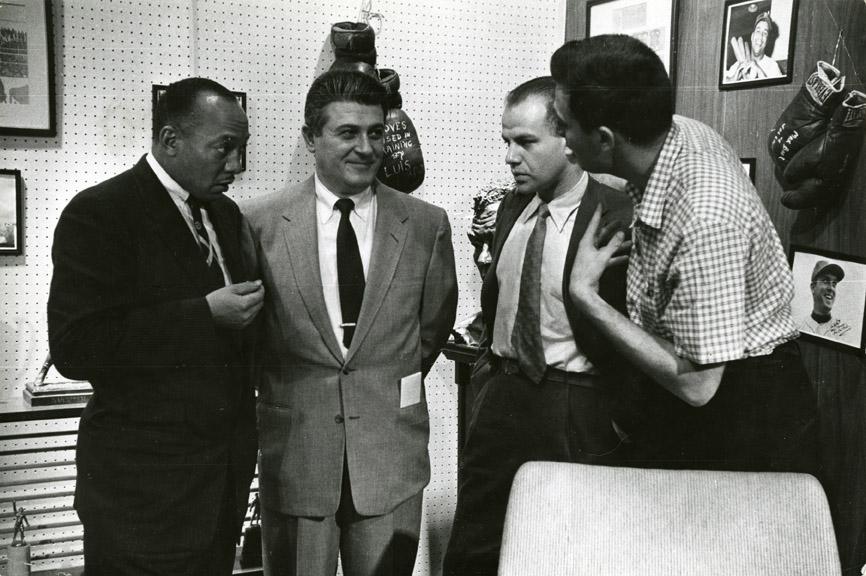 #1: Jesse Owens is on the far left.   All we know about this photograph is that is was taken during one of Owens’ television appearances in the 1950s. 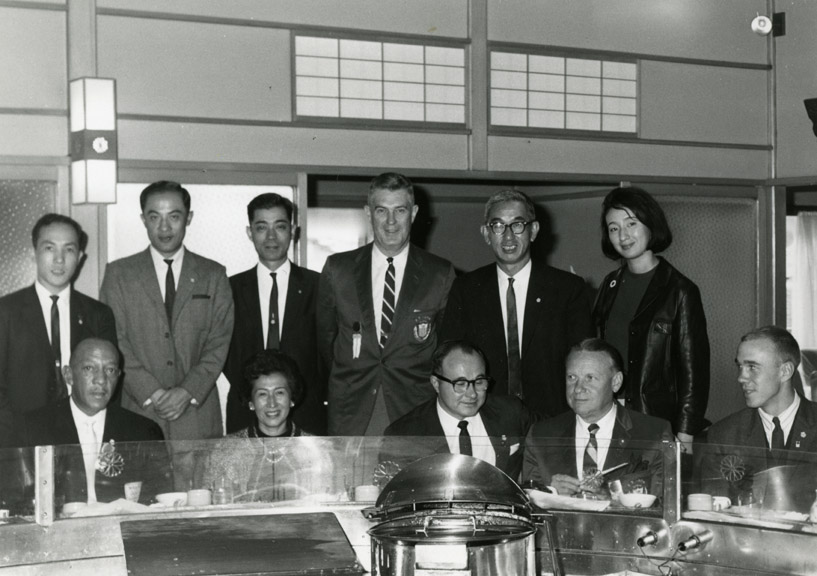 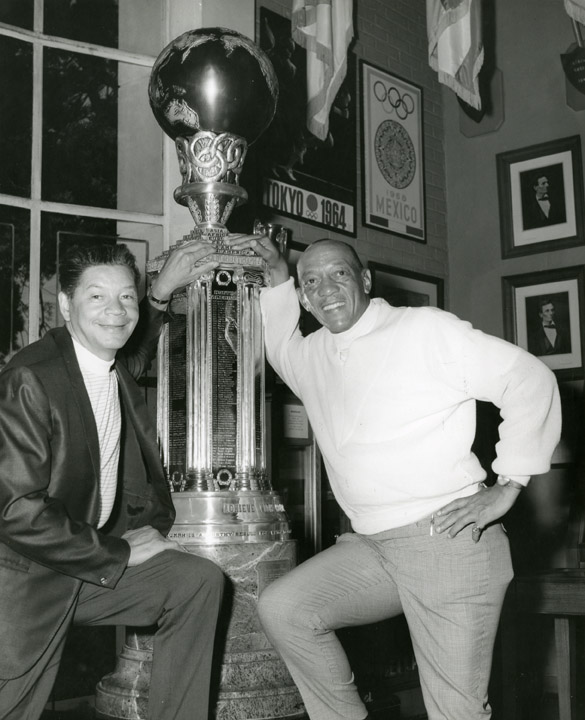 #3: Jesse Owens poses with an unidentified man next to the Helms World Trophy, Japan, 1964 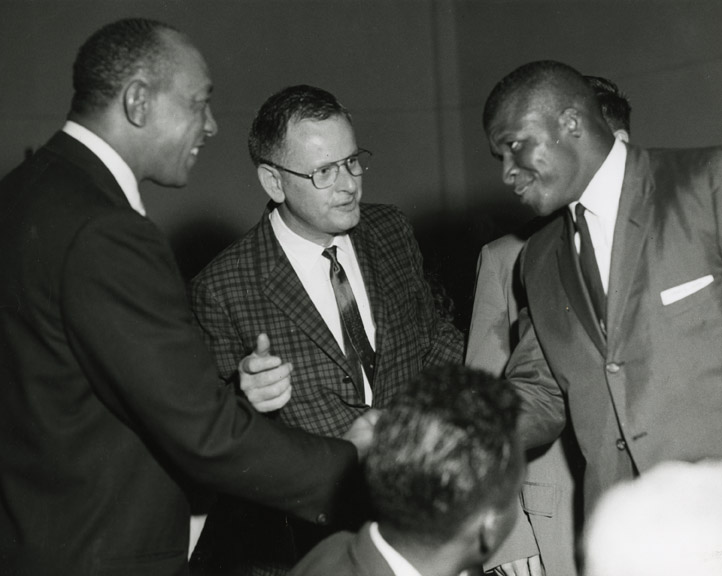 #4: Jesse Owens shakes hands with an unidentified man during the Mexico City Olympics in 1968.  The man in the background is also unidentified. 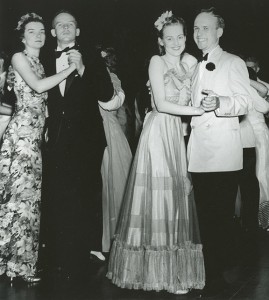 In honor of Valentine’s Day this year, we thought we would tell you about a reader survey on top places to meet a future significant other; post some real-life “Happily Ever Afters” from OSU’s past, and show old photos of romantically linked – but sadly, unidentified – couples on campus.

Throughout the blog, we’ve placed photos of couples, some of whom look desperately in love, and all of whom desperately need identification. As you read the blog, see if you can place names to faces, and if you can, please e-mail us at: archives@osu.edu   Don’t forget to include the number of the photo!

Now, the survey: In June 1991, The Ohio State University Alumni Magazine published the findings of a reader survey on the top places to meet your future significant other (based on the number of resulting marriages). They were:

It seems odd that the library would top a football game as the best place to take a date, but there you have it. Meanwhile, here are a few stories from the June 1991 issue of alumni magazine of some real-life Buckeye couples:

David L. Sherck, ’57, was so sure that K. Carol Dixon, ’56, would marry him that he asked his fraternity brothers to gather at Mirror Lake to sing the sweetheart song while he proposed. They were married in June 1957.

When it began raining during the June 1941 commencement ceremony at Ohio Stadium, many fled for cover underneath the stands. It was there that Irving R. Lackritz, ’39, proposed to Dorothy S. Krakoff, ’41, in front of both sets of parents. They were married in November 1941.

Richard and Elizabeth Goertemiller, both Class of ’50, were at the 1950 OSU-Michigan game – now known as the “Snow Bowl” – when he proposed. She was so cold, she could barely say “yes,” but she did, and they were married in April 1951. 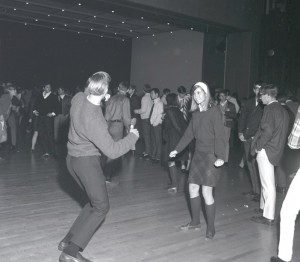 Buckeye-D : Putting a name to a (dozing) face 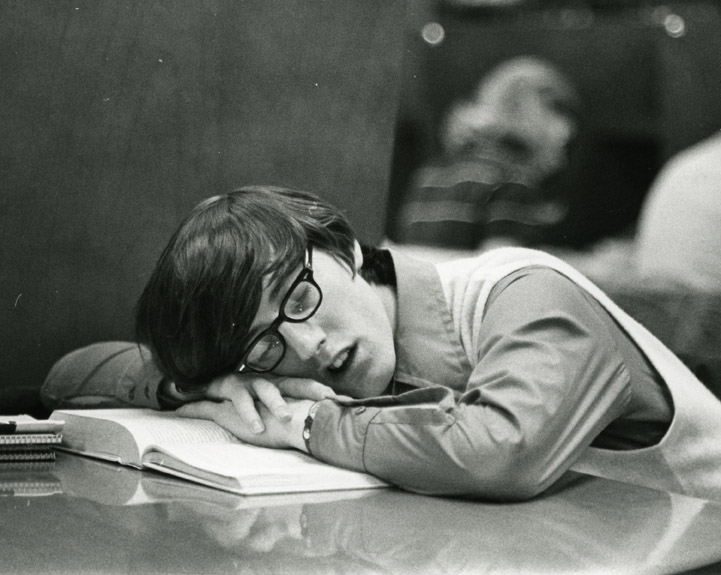 We dare you to look at any of these photos and deny that you’ve ever struck one of these poses when studying at the Libraries. It’s Winter quarter, and even with the practically balmy weather we’re having, it’s hard to stay awake at all, much less while studying at the library.

These images are of a few former students who clearly have felt your pain. And with these photos we kick off a new feature called “Buckeye-D,” through which we hope to identify more of the people, places and happenings at OSU that have remained so far unidentified in our photographic collections.

The photos we’ve posted today are merely to get your attention about the feature, but our main goal is to get your help in putting names to faces, as it were. If you can identify any of the people in this post – and in future posts – please send a message to: archives@osu.edu  Be sure to tell us which numbered photo you are identifying.

And thanks for your help! 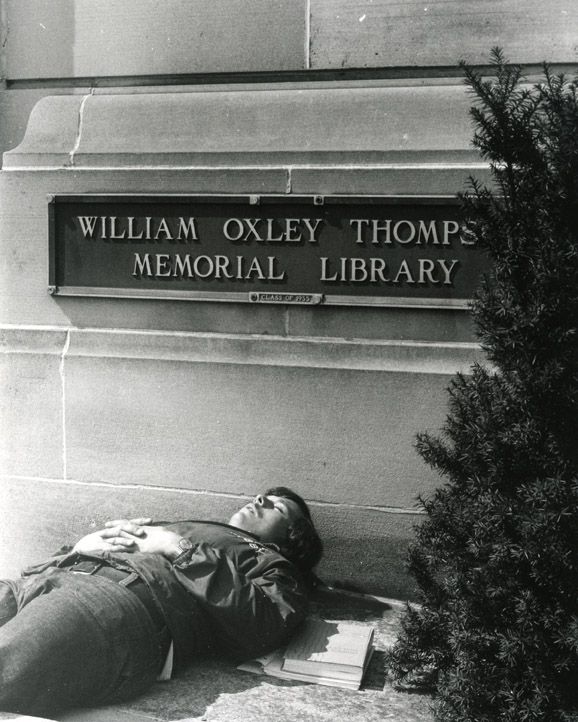 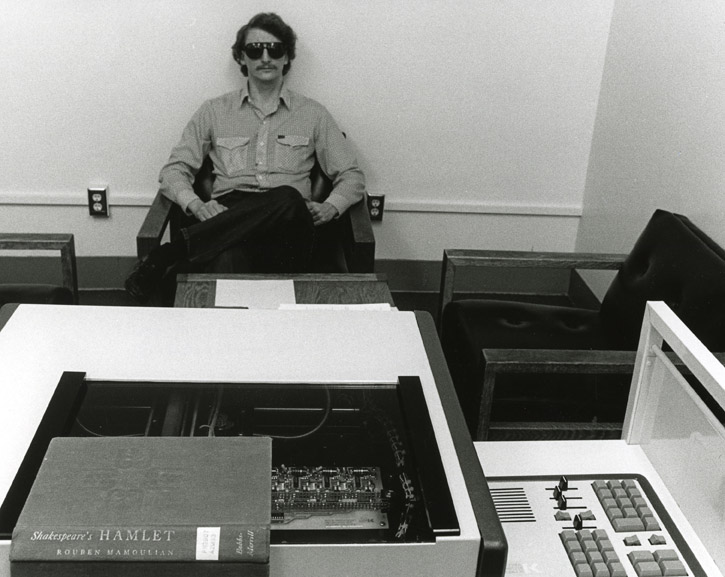 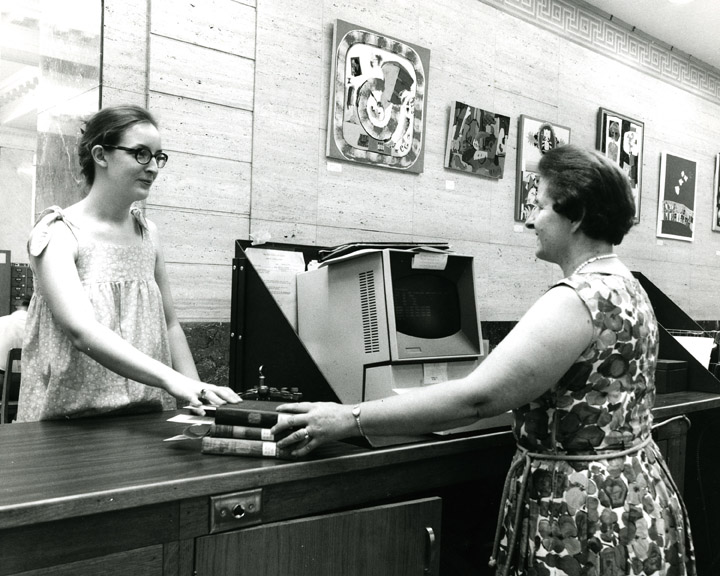