Orange and black as school colors? No thanks, we’ll take Scarlet and Gray 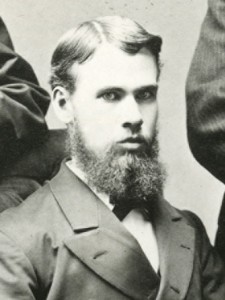 When the very first senior class started planning for its commencement in the spring of 1878, members decided the first diplomas issued by The Ohio State University (the Board of Trustees had just changed the name from the original Ohio Agricultural and Mechanical College) should look festive. So the class decided to tie around the diplomas ribbons that featured the school colors.

Being a young university, however, no school colors had yet been chosen. So the senior class appointed a committee of three to choose them: Curtis Howard, who graduated that year, Harwood Poole, who graduated in 1881, and Alice Townshend, an 1880 graduate.

According to a later account by Townshend, the three students went to various dry good stores in the area to sample colors and ended up choosing orange and black. They later learned, however, that these were already the colors of Princeton University. 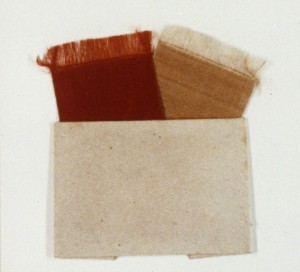 So they tried again and selected scarlet and gray – for no reason other than they liked the two colors together and to their knowledge, no other university or college had them as school colors. After the colors were selected, the original ribbons were cut into three pieces and given to each committee member as souvenirs.

Flash forward to 1917 when Howard is going through his personal effects and finds his souvenir ribbons. (Poole had died by then and Townshend had not kept hers.) Howard wrote to his friend, John Galbraith, that the ribbons were still “wrapped in a paper filter as I had placed the away 39 years ago. These have been in the dark and I am certain have not faded…” He donated them to the university, and according to a 1920 alumni magazine article, they were mounted in a mahogany frame and hung in Sullivant Hall. 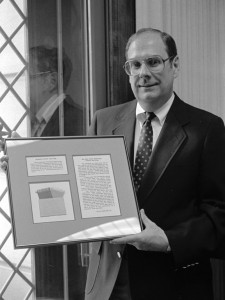 John Kleberg poses with the scarlet and gray ribbons, 1989

Sometime after that, they disappeared.

Flash forward again to 1989: John Kleberg, then assistant vice president for business and administration, receives a visitor at his office who claims to represent an individual who acquired the ribbons from the resolution of an estate and wishes to remain anonymous. The ribbons were wrapped in porous paper and framed. On the back of the frame was the letter Howard had written to Galbraith.

For a time, Kleberg hung them in his office, but being the good steward of history that he has proven himself to be many times over with the Archives, Kleberg transferred them to the Archives. 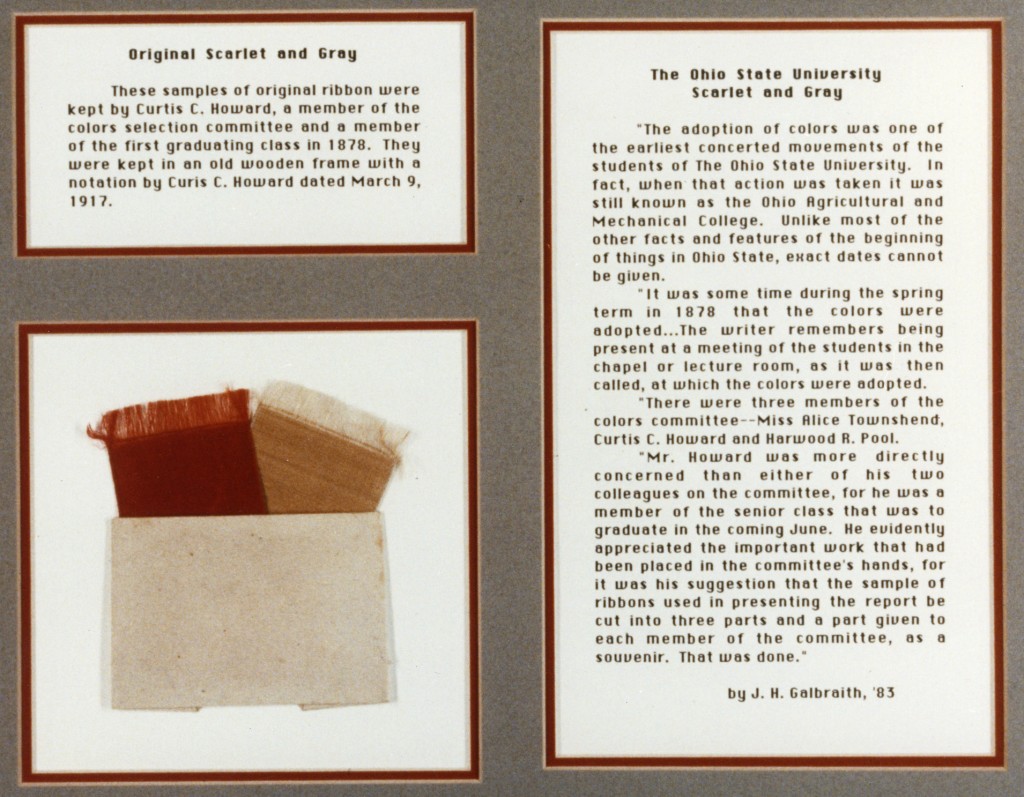