Former Buckeyes have been pros at NFL coaching

This Sunday, you can watch a number of former OSU players or assistant coaches pacing the sidelines as head coaches, leading their teams to either victory or defeat in an NFL game: Pete Carroll (Seattle Seahawks), Dick Lebeau (Pittsburgh Steelers), and Lovie Smith (Chicago Bears) all did stints at OSU. But OSU coaches have been making the transition to the NFL as far back as the 1950s:

Legendary coach Sid Gillman played for and was an assistant coach at OSU in the 1930s. Gillman went on to become head coach at Miami University, then the University of Cincinnati. In 1955 he made the transition to the NFL and became head coach of the Los Angeles Rams. In 1960, Gillman became the first coach of the AFL Los Angeles Chargers, remaining in that position through the team’s move to San Diego and the merger of the NFL. His career continued as head coach of the Houston Oilers. Gillman’s love of the game can be traced to his influence on modern football. He was one of the first coaches, if not the first coach, to study game footage to prepare for games; he insisted on using the deep downfield pass during games; and he pushed for a championship game between the AFL and NFL teams in the early 1960s. Gillman is the only person to be inducted into the Pro Football Hall of Fame and College Football Hall of Fame as a coach. 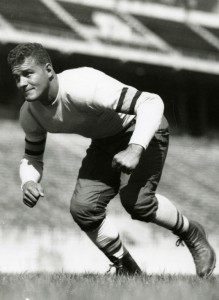 Joe Bugel was an assistant coach at Ohio State in 1974 before his career in the NFL began. During most of his career Bugel was an assistant coach, helping many teams reach the playoffs and the Super Bowl. In 1982 he began calling his Washington Redskins offensive line the “Hogs,” a nickname that has carried on as a Redskins tradition. Bugel continued coaching in the NFL as head coach of the Phoenix Cardinals, and as an assistant at the Oakland Raiders, San Diego Chargers. He then returned to the Redskins as offensive line coach until his retirement in 2010. 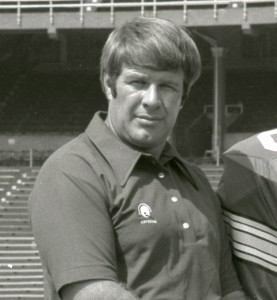 Gary Moeller also has had a long coaching career in college and pro football. Moeller played for the Buckeyes as a linebacker and center from 1961 to 1963. He began his coaching career in 1967 as an assistant at Miami University and continued on to the University of Michigan. Moeller was head coach of the University of Illinois and the University of Michigan before switching to the NFL. In the NFL, Moeller served as an assistant coach for Cincinnati, Detroit, Jacksonville and Chicago. In 2000, he became interim head coach of the Lions for a year, and later served as linebackers coach for the Chicago Bears. 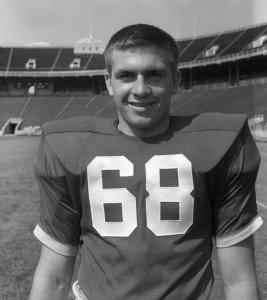