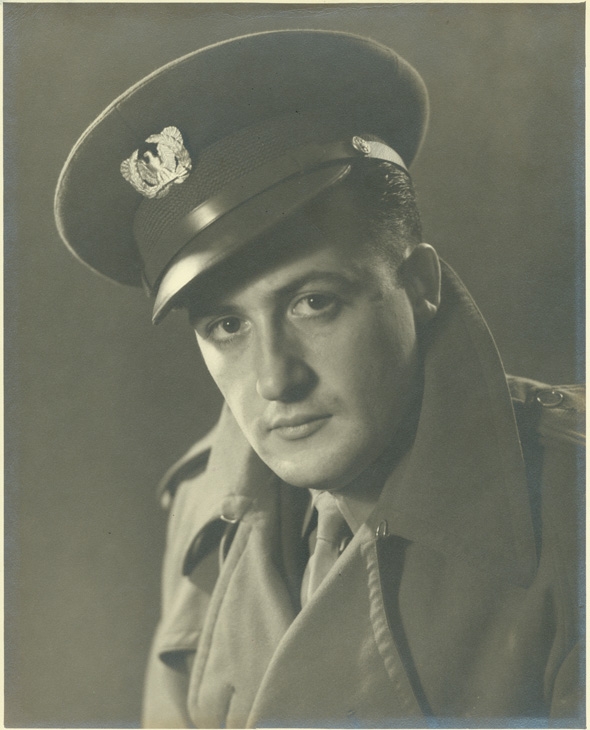 Corporal Will Eisner. Photo from The Will Eisner Collection, of The Ohio State University Billy Ireland Cartoon Library & Museum

In early 1942, Eisner was drafted into the war- leaving behind his trusted assistants to work on The Spirit during his time on duty. While away, he was given a number of assignments for camp newspapers, and eventually began to work with the Hollabird Depot on a publication called Army Motors. As cartoonist for the magazine, Eisner used his medium to teach G.I.’s about preventative maintenance in their own language. It was there that he developed Joe Dope, an educational comic strip revolving around the clumsy Joe and his mishaps, framed to teach army safety lessons. Eventually, Eisner and Joe Dope moved on to PS, The Preventive Maintenance Monthly, a U.S. Army magazine on proper equipment maintenance. Eisner remained the artistic director from the magazine’s inception in 1951 through 1972.

Below is an original Joe Dope illustration by Eisner, circa 1944 for Army Motors. 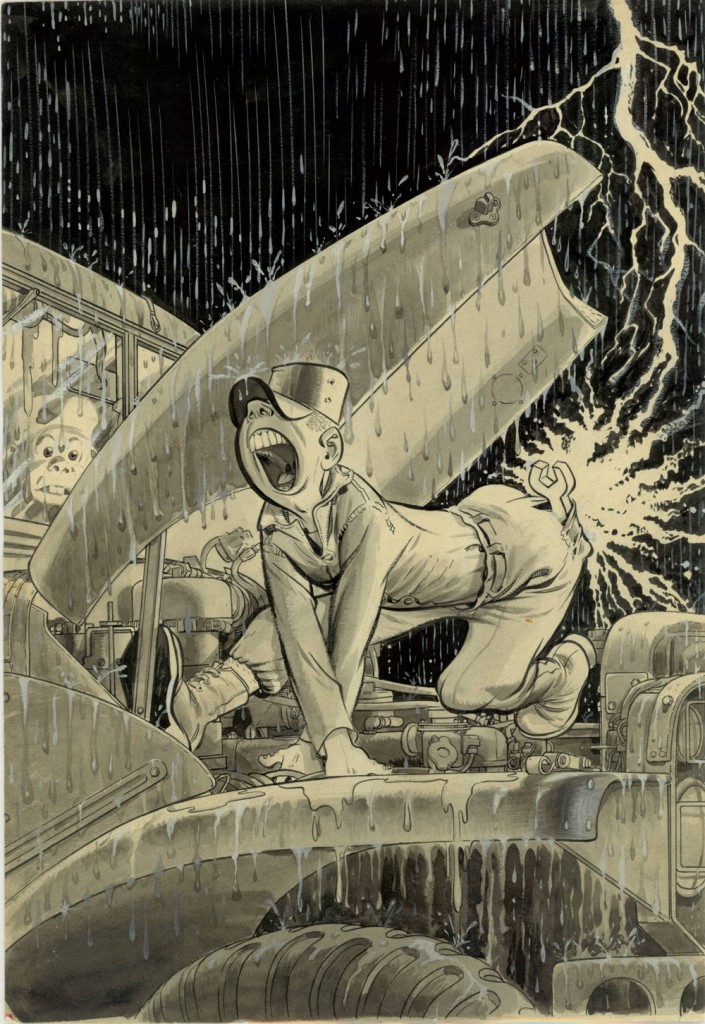 Thank you all for keeping up with us during Will Eisner Week! We hope you will come check out Will’s collection at The Billy Ireland Cartoon Library & Museum sometime soon. For a closer look at the holdings, you can view the finding aid here.

Teaching in the Cartoon Library