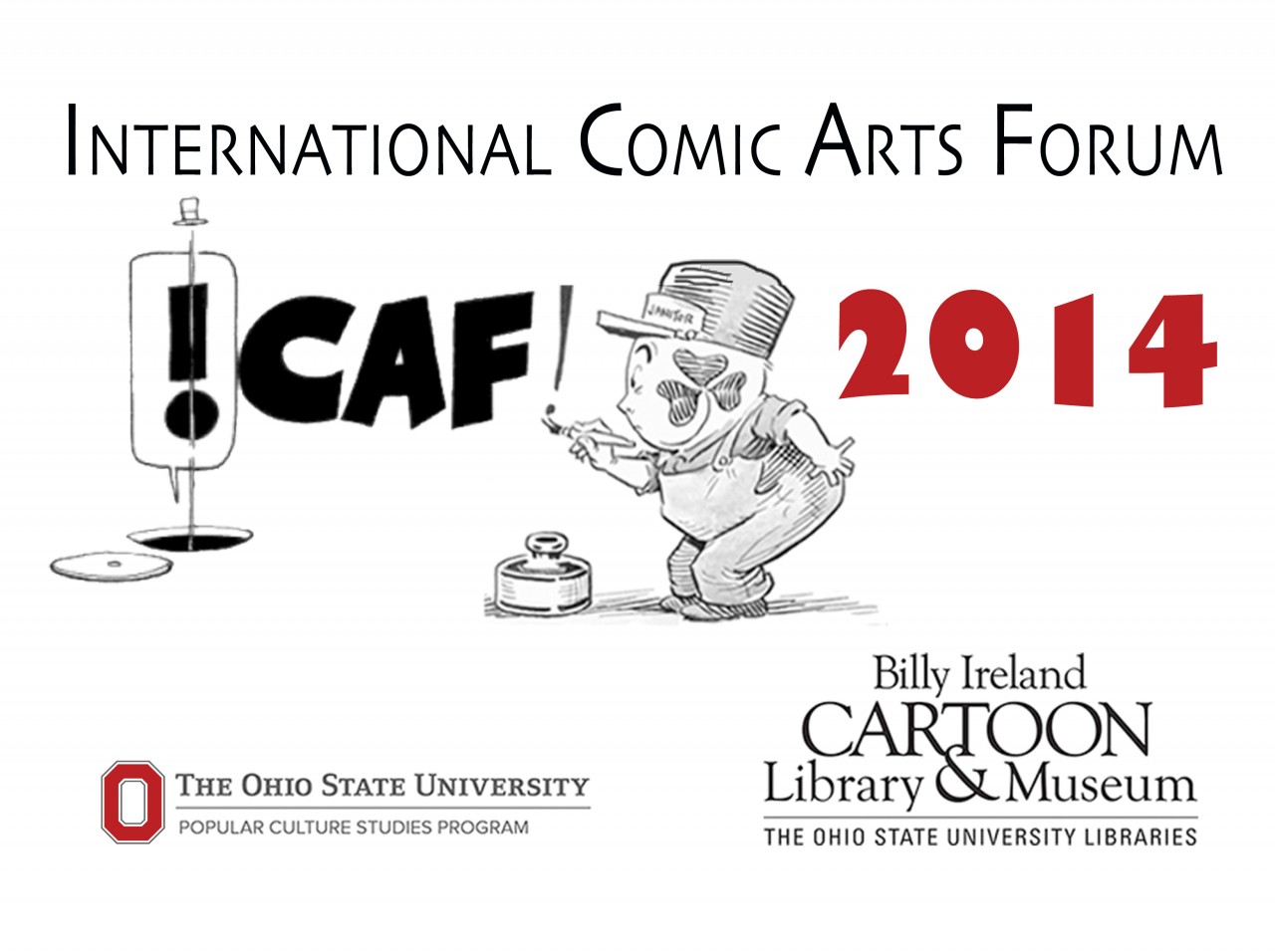 We are so excited to announce that The Billy Ireland Cartoon Library & Museum will be this year’s host for the International Comic Arts Forum!

Since its inception at Georgetown University in 1995, ICAF has been held nearly every year at prestigious universities and centers for comics scholarship throughout the country. This November, marking one-year exactly since our Grand Opening Festival of Cartoon Art, ICAF will grace the auditoriums and lecture halls of The Ohio State University for their three day, star-studded conference weekend.

All panels and lectures are FREE AND OPEN TO THE PUBLIC
To find out more about hotel rooms and registering as an academic, visit here: http://www.internationalcomicartsforum.org/2014-conference-info.html

3B: Metafiction and Archival Practice in ComicsModerator: José Alaniz

5B: Representing the BodyModerator: José Alaniz

Hope to see you there! For more information contact cartoons@osu.edu

The Long March: Civil Rights in Cartoons and Comics
&
Will Eisner: 75 Years of Graphic Storytelling

The Long March: Civil Rights in Cartoons and Comics 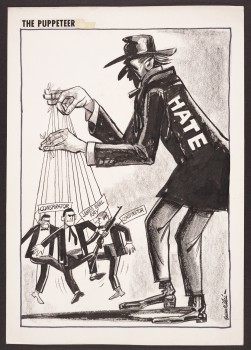 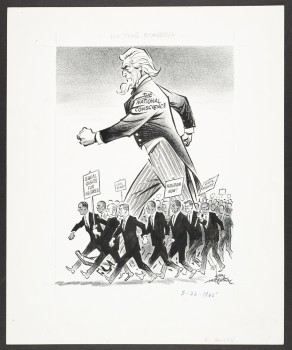 The Billy Ireland Cartoon Library & Museum (BICLM) marks the observance of the 50th anniversary of the Civil Rights Act of 1964 with The Long March: Civil Rights in Cartoons and Comics, August 16 –  November 30, 2014.

The exhibit presents the story of the Civil Rights Movement and its impact through original editorial cartoons, comic strips, and comic books drawn from the BICLM’s collections. It will also include artwork drawn by Nate Powell for March, Congressman John Lewis’s graphic memoir, a New York Times bestseller co-written by Andrew Aydin.  March tells the story of Lewis’s experiences as a leader and activist in the Civil Rights Movement.  The exhibit, curated by BICLM Curator Jenny E. Robb and Professor of English & Film Studies Jared Gardner, explores the tensions, struggles, and victories from multiple perspectives, including mainstream daily newspapers and the black press.

The public is invited to a free curator’s program on the opening day, August 16, with Jared Gardner, followed by a book signing in the BICLM  lobby with the illustrator of March,  Nate Powell.

This exhibition is organized in conjunction with Remembering the Act: Archival Reflections on Civil Rights, on display at the Thompson Library Gallery from September 15, 2014 – January 4, 2015. 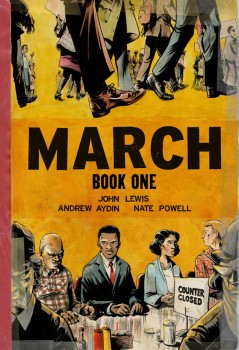 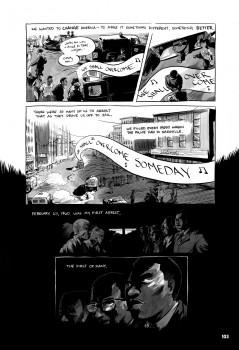 Join in celebrating the 50th Anniversary of the Civil Rights Act on Monday, September 15, for an evening with Congressman John Lewis, Nate Powell, and Andrew Aydin, discussing the Civil Rights Movement and the experience of telling Congressman Lewis’s story in the graphic memoir March.  Details will be announced soon.  This event is co-sponsored by the University Libraries, the Office of Diversity and Inclusion, U.S. Attorney’s Office Southern District of Ohio, the Office of Academic Affairs, the Office of Student Life, the Moritz College of Law, the Hale Black Cultural Center, the Kirwan Institute, the Barnett Center for Arts and Enterprise, the College of Social Work, the Department of English, the History Department, and the Department of African American and African Studies.

Will Eisner: 75 Years of Graphic Storytelling 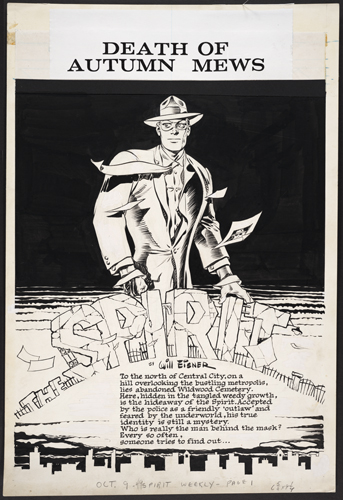 The Will Eisner Collection, The Ohio State University Billy Ireland Cartoon Library & Museum. THE SPIRIT and WILL EISNER are Registered Trademarks of Will Eisner Studios, Inc. Reprinted with permission.

It is nearly impossible to discuss the history of American comics without mentioning the name Will Eisner.  On August 16, the Billy Ireland Cartoon Library & Museum will open a new exhibit entitled Will Eisner: 75 Years of Graphic Storytelling, highlighting works from the library’s Will Eisner collection of art and archives.  The show will feature original art from some of Eisner’s greatest works including The Spirit, Contract With God, Dropsie Avenue, Last Day in Vietnam, and The Plot, as well as rarely-seen selections from his student days, his early work as a commercial artist, and his comics for the military.

As a key figure in the birth of the comics industry in the 1930s and the rise of the graphic novel in the 1980s, Eisner influenced—directly and indirectly—everyone involved with graphic storytelling, as an artist, an editor, an entrepreneur and an educator. This exhibit, curated by Caitlin McGurk and Jared Gardner, explores the range of Eisner’s work spanning nearly eight decades and documents his impact on the development of comics over the past century.

In celebration of this exhibit, the public is invited to a free presentation by Columbus cartoonist and creator of the bestselling graphic novel Bone, Jeff Smith on Thursday, October 30 at 7p.m.  Smith will discuss the legacy and impact of Will Eisner’s life and career in the Jean and Charles Schulz Lecture Hall on the second floor of the BICLM. 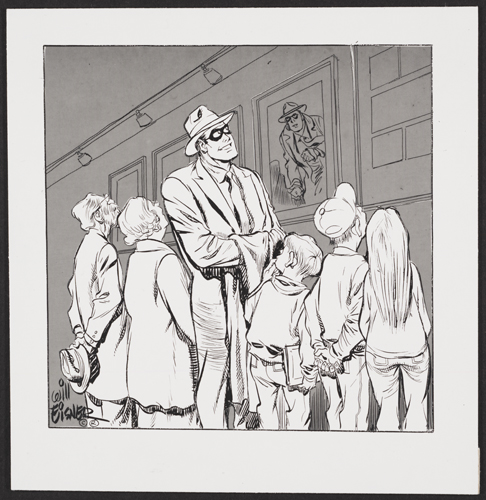 The Will Eisner Collection, The Ohio State University Billy Ireland Cartoon Library & Museum. THE SPIRIT and WILL EISNER are Registered Trademarks of Will Eisner Studios, Inc. Reprinted with permission.

About the Billy Ireland Cartoon Library & Museum:  The BICLM, Sullivant Hall, 1813 N. High St., Columbus, OH 43210, is one of The Ohio State University Libraries’ special collections. Its primary mission is to develop a comprehensive research collection of materials documenting American printed cartoon art (editorial cartoons, comic strips, comic books, graphic novels, sports cartoons, and magazine cartoons) and to provide access to the collections.  The BICLM recently moved into its newly-renovated 30,000 sq. ft. facility that includes a museum with three exhibition galleries, a reading room for researchers and a state-of-the-art collections storage space.   The library reading room is open Monday-Friday 9 a.m. to 5 p.m.  The museum is open Tuesday-Sunday from 1 – 5 p.m.