Happy 95th Birthday to Jack Kirby, the true King of Comics! Below, a signed original page from Kirby’s 1977 Captain America No. 206, one of the beloved few Kirby originals in our collection at the Billy Ireland Cartoon Library & Museum. 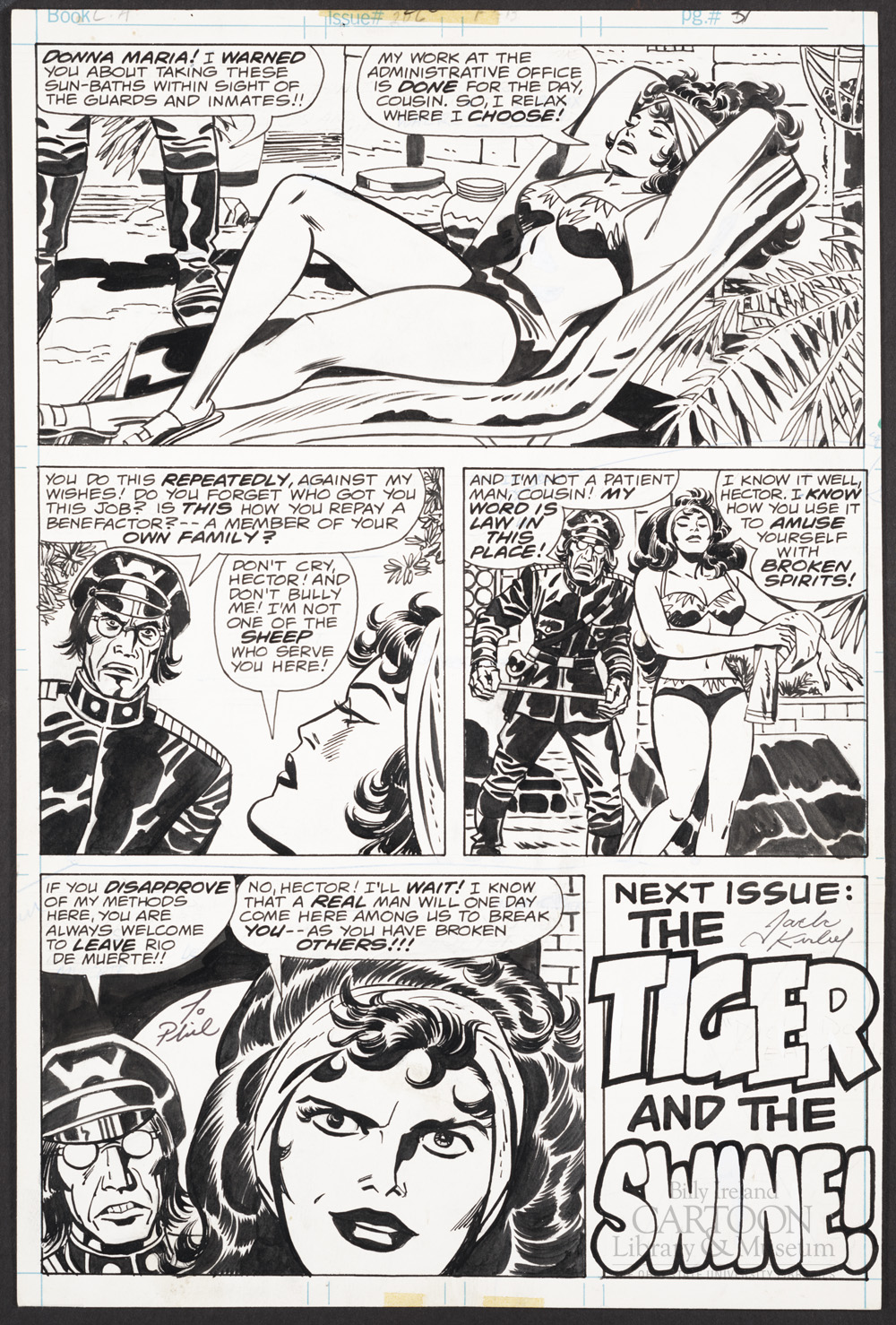 March 7, 2012 / Caitlin McGurk / Comments Off on Will Eisner Week: Gre-Solvent
Drawn by a 19 year old Will Eisner as a commercial job for the cleaning product “Gre-Solvent”; without the strip below Eisner & Iger Studio (also known as Syndicated Features Corporation) may have never existed. 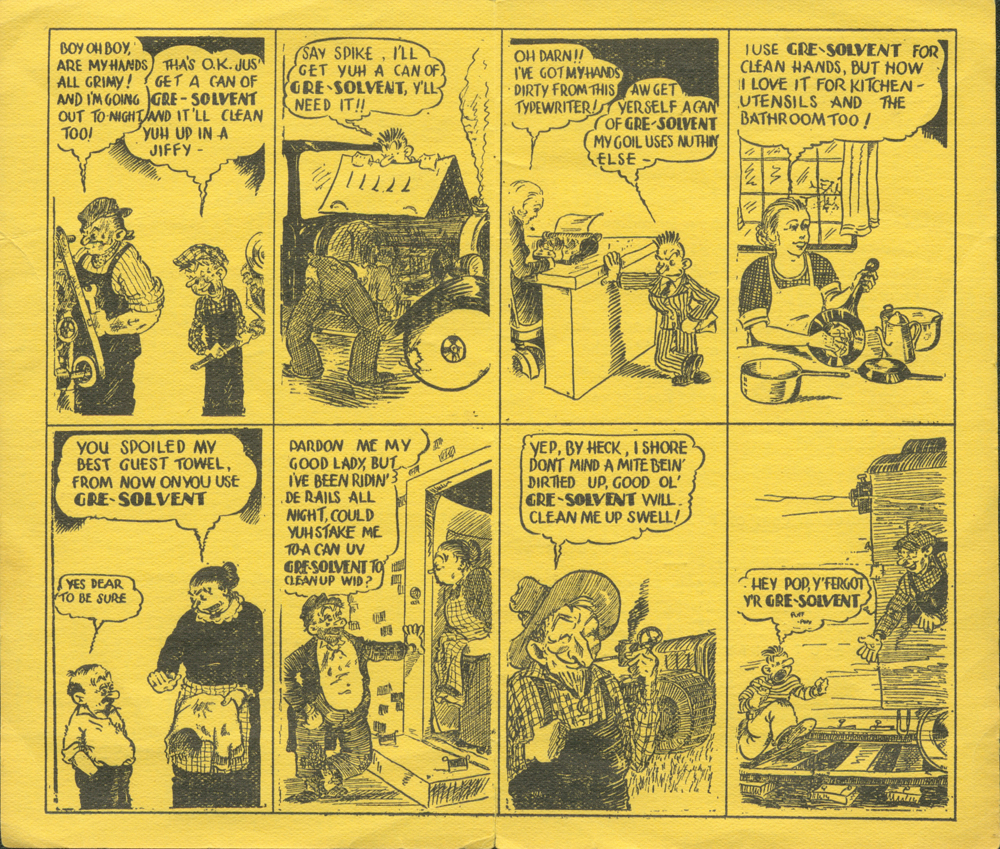 "Gre-Solvent" Advertisement drawn by Will Eisner. From The Will Eisner Collection, of The Ohio State University Billy Ireland Cartoon Library & Museum

In 1936 after the dissolve of Samuel Maxwell “Jerry” Iger’s Wow, What a Magazine!, Iger and Eisner teamed up with the plan of forming a studio that would produce comics “on demand”. Comic publishers at the time had previously focused on reprints of newspaper strips, while Eisner & Iger were able to bring something new to the table: full feature comic stories created specifically for their publication.

As legend has it, Iger was hesitant about the finances it would require to start up a company. Eisner convinced him otherwise by using the $15 he had received for drawing the “Gre-Solvent” ad to pay the first 3 months rent for an office space (rent being $5 per month). Thus emerged Eisner & Iger Studio, and an opportunity for young cartoonists they hired such as Jack Kirby, Wallace Wood, and Jules Feiffer to first enter the field.