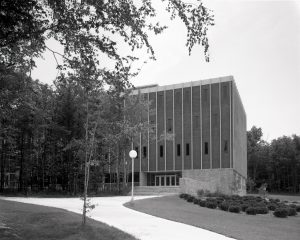 Third in our series on the regional campuses of Ohio State is OSU Mansfield, the third branch campus to be established after the first two, Marion and Newark.

Approved in March of 1958, the Mansfield branch soon after began to offer classes in a local high school to allow students to complete their first two years of college coursework. This first year, Mansfield opened with a total of 145 students. This number more than doubled by 1963, when they had 381 students. Soon after, Mansfield opened its first building, Ovalwood Hall, in 1966. 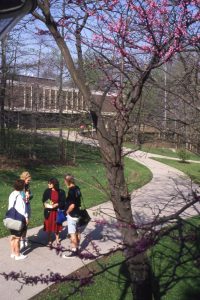 Today, Mansfield offers ten different Bachelor’s programs along with plenty of general education requirements that students can complete before transitioning to the Columbus campus.

Fun facts: in 1965, Mansfield began to construct a geodetic baseline device that would provide the most precise distance measurements in North America upon its completion. A nationally-recognized Frisbee team came to perform on campus on May 8, 1978, during the campus’s May Week activities. In 1989, Mansfield added a new WOSU station, becoming the first place to add a new station for WOSU in 40 years. This station played classical music 24/7 and was approved after the FCC relaxed its regulations regarding overcrowding on public broadcasting frequencies in 1985.