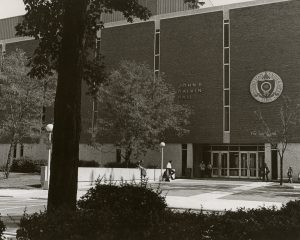 Fourth up in our tour of Ohio State’s regional campuses is OSU Lima. Located in western Ohio, near the almost 200 acres of the Tecumseh Natural Area, this fourth addition to the OSU regional campus family was approved by the Board of Trustees in early April of 1960.

When it opened, Lima offered classes primarily to high school students and operated out of Lima Senior High School, mainly as a night school. It opened for its first Autumn Quarter on September 26, 1960. The first building on the campus was completed in 1966 and included offices, classrooms and a library. The second building followed shortly after, opening in 1968. This building included more offices, a workroom and a cafeteria. By its 25th anniversary in 1985, OSU Lima had seen almost 40,000 students. 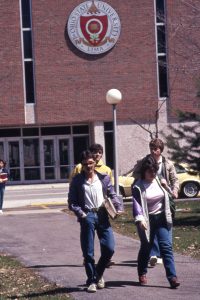 Today, OSU Lima offers 12 Bachelor’s programs in subjects from biology to theatre and provides plenty of general education requirements to students who plant to go on to the Columbus campus to finish their degree.

Fun facts: In April of 1987, the Lima Campus hosted the Great Black Swamp Dulcimer Festival, an event wherein dulcimer musicians would gather to make music and socialize with one another. According to a 1987 Lantern article, some professors would take a small private airplane owned by Ohio State to commute from Columbus to Lima. The service started in 1961 and included a 25-minute flight.