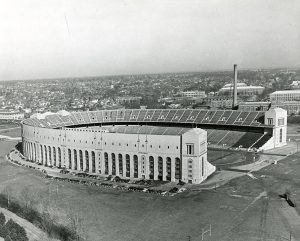 While Ohio Stadium may be best known as the home of the Buckeyes football team and the first double-deck football stadium in the nation, it has hosted several non-OSU sporting events and two professional teams based in Columbus, over its almost 100-year history.

The Buckeyes are not the only football team to have called the Horseshoe home over the years. In 1992, the Ohio Glory was based out of Ohio Stadium for their one season of existence in Columbus. As part of the World League of American Football (later renamed NFL Europe League), the Ohio Glory played teams from all across the United States, as well as international teams from Spain and Germany, with their only victory of the season being against the Frankfurt Galaxy in Ohio Stadium. While the team and league have since ceased operations, the Ohio Glory will always hold the mantle of the first professional team to call Ohio Stadium home. 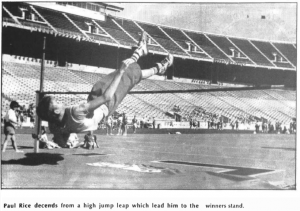 Special Olympics in the stadium, 1987

Another kind of football—or, soccer—has also had some momentous occasions within the ‘Shoe. In 1996, when the first charter member of the newly-established Major League Soccer needed a home, Ohio Stadium answered the call. While the Columbus Crew would eventually get their own purpose-built stadium, Ohio Stadium served them well for the first three years, and provided for some successful seasons in the fledgling league. More recently, Ohio Stadium was the site of the largest-attended soccer match in Ohio history. The 2016 International Champions Cup held a match between European

heavyweights Paris Saint-Germain and Real Madrid in front of a record-breaking crowd of 86,641, more than doubling the previous state record. While superstar and fan favorite Cristiano Ronaldo did not feature for Real Madrid due to a knee injury, fans still arrived in droves to glean an experience of European football.

Beyond typical spectator sports, the Ohio Stadium has also staged more community-based events through the years. From its founding in 1968, the 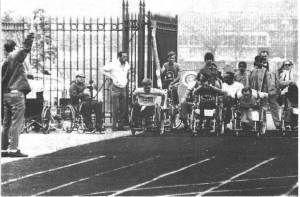 Special Olympics has provided children and adults with learning disabilities the chance to train and compete in sports, and gain a greater sense of accomplishment and self-confidence. Ohio State has been home to the summer games every year since the 4th Annual Ohio Special Olympics in 1972, giving athletes the experience of competing inside the storied stadium. The stadium has also hosted the Wheelchair Games several times, focusing on athletes with mobility disabilities.

Ohio Stadium will always be rightly synonymous with the Buckeyes and their great successes, but through these different kinds of events, athletes of all ages and levels have been able to etch themselves into a bit of the history of the great arena. Hopefully, fans will continue to experience more great games beyond the Scarlet and Gray, continuing the legacy of Ohio Stadium as a world-class venue for all sport in the future.