One hundred years ago, Ohio State’s Columbus central campus had a similar footprint to today, with the bulk of central campus occupying the blocks west of High St. between Lane Ave. and 10th Ave. Predictably, there were far fewer buildings on campus and University leadership was in the process of planning what the future of OSU would hold, architecturally. In 1919, University Architect J.N. Bradford drafted a map of the existing campus buildings, and those that were proposed to be developed in the coming years.

The return of students and teachers from World War I and the subsequent increase in enrollment at the University drove, at least in part, the planning of new buildings across campus. While funding issues unfortunately stunted most construction on campus immediately following the war, the planned expansion reflects the growing attendance and influence of universities throughout the country. A century later, it makes for an interesting look at where the University was potentially headed and a comparison to what we have today. 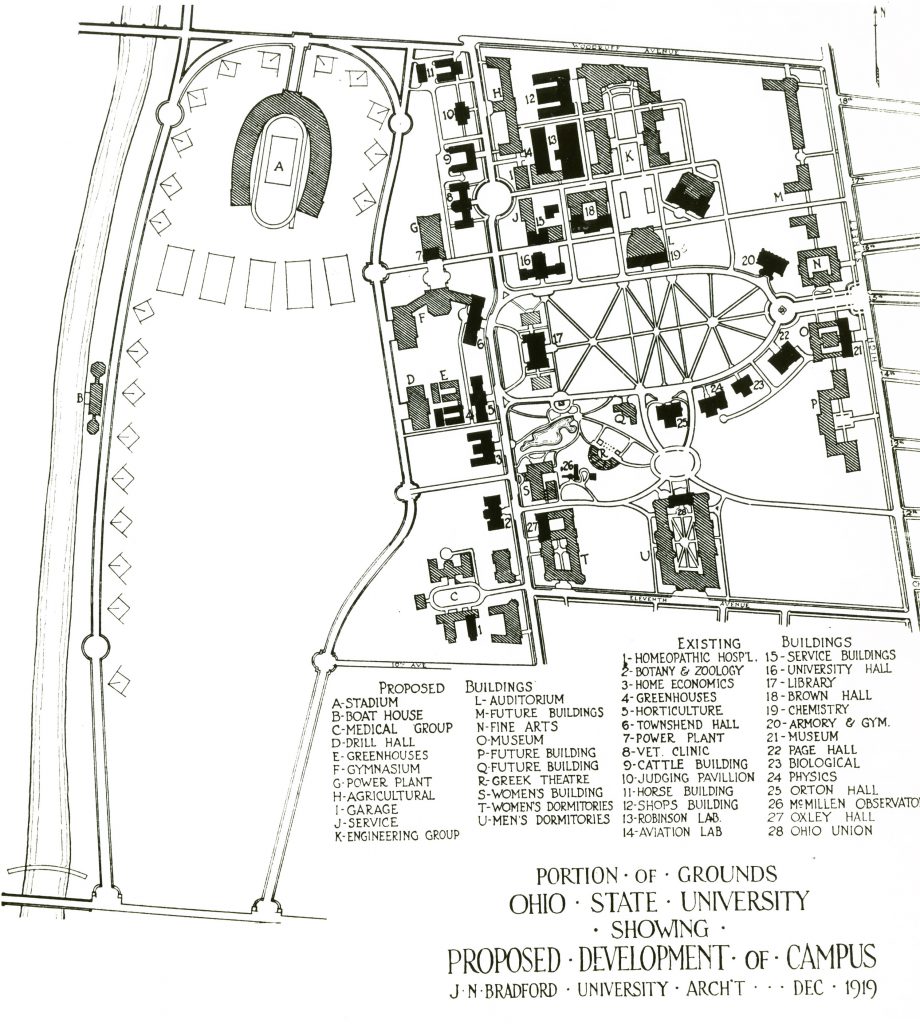 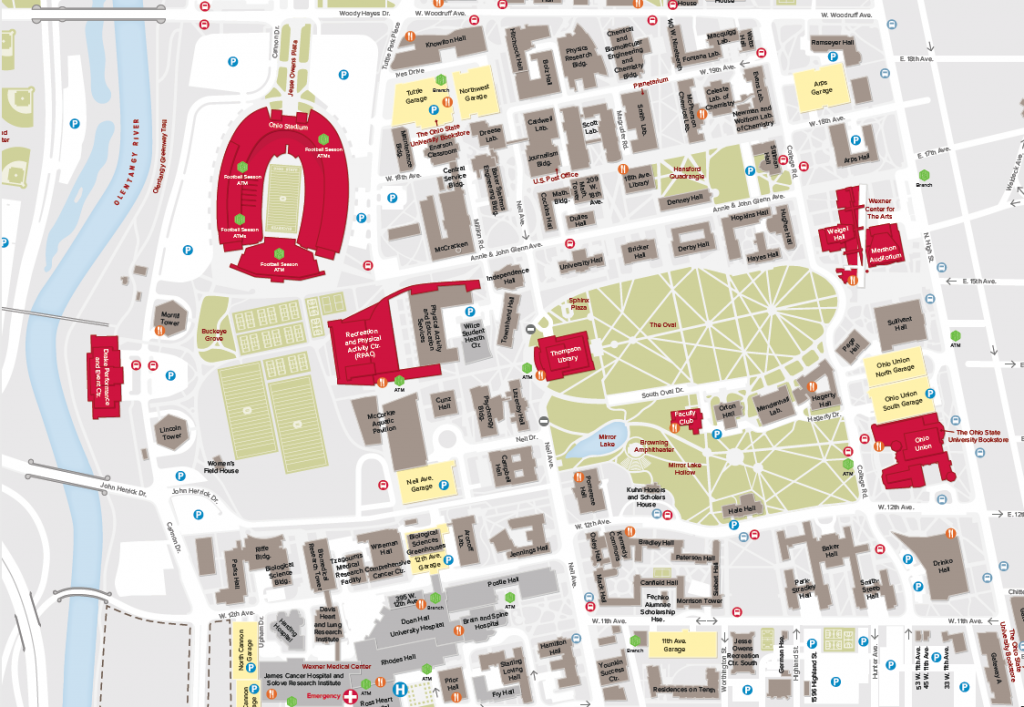 Note: contemporary existing buildings on Bradford’s map are filled in black, while the proposed expansions are hatch shaded.

Everything but the Kitchen Sink: One man’s vision leads OSU to “teach all that is worth knowing”