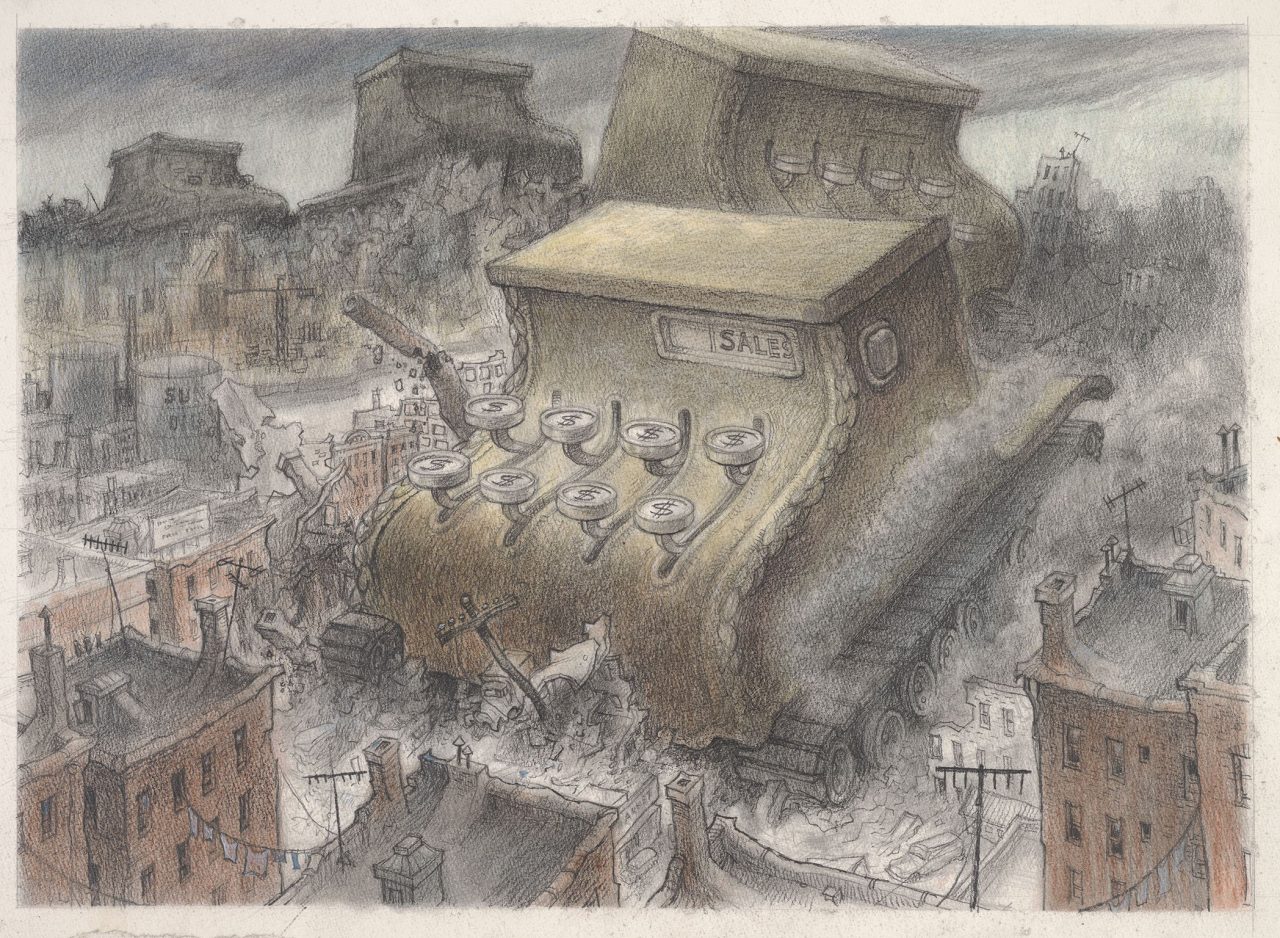 “Ollie Harrington was an incredibly talented cartoonist, and we are honored to house a collection of his artwork and archives here at The Ohio State University. I hope that by making these materials available, more people will be able to study and appreciate his impressive work,” said Jenny Robb, Curator and Associate Professor.

Harrington was born in Valhalla, NY on February 14, 1912. Channeling his experiences with racism, he began drawing in his youth as a way to vent his frustrations with a viciously racist sixth grade teacher. He went on after high school to attend Yale for a degree in Fine Arts, earning his B.F.A. in 1940. Having been inspired by – and later involved with – the Harlem Renaissance, Harrington published cartoons in a number of Black and leftist newspapers, including The Amsterdam News and The Chicago Defender. The Pittsburgh Courier sent him to Europe and North Africa as a war correspondent. He chronicled the efforts of Black military personnel, including the Tuskegee Airmen; and his biting criticism of fighting in Europe over rights that were denied Blacks back home in the U.S. attracted the attention of the NAACP’s Walter White for whom he worked in 1946. Best known for his series Bootsie (originally titled Dark Laughter), an African American male who would make pointed criticisms of the world around him, Harrington continued with his work, even after leaving the United States due to the scrutiny he was under by the House Un-American Activities Committee in the early 1950s.

Harrington was a noted scholar as well as an outspoken artist unafraid to confront racism. He expatriated to Paris in 1951 but subsequently moved to East Germany in 1961 when he suspected the sudden death of his friend Richard Wright was an assassination. Harrington was also a well-noted author who talked about his experiences in his book Why I Left America and Other Essays (1993). The materials received by the Billy Ireland Cartoon Library & Museum from his widow, Helma Harrington, illustrate Harrington’s keen eye toward criticizing the U.S. government and capitalism as well as issues of racism and Apartheid. One rough drawing in particular – a book on how to disenfranchise American minorities with a stack of books including the U.S. constitution precariously balanced on top of it – is so relevant to our current cultural climate that it could be published today.

This collection is a window into the work Harrington did after he left the United States, showcasing how his viewpoint towards the injustices of the world never wavered even after he left America’s shores. We are thrilled to have this slice of history as part of our collections, and look forward to making this material available to scholars everywhere. 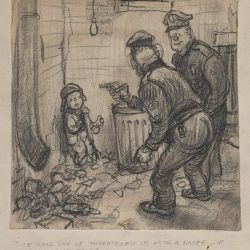 “We could say he threatened us with a knife… If we had a knife.” Original rough sketch. 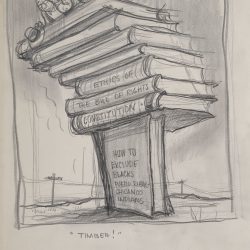 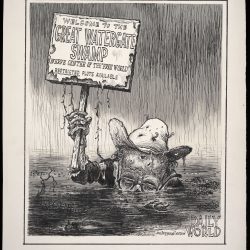 “Welcome to the Great Watergate Swamp”, Original published art, May 2, 1973