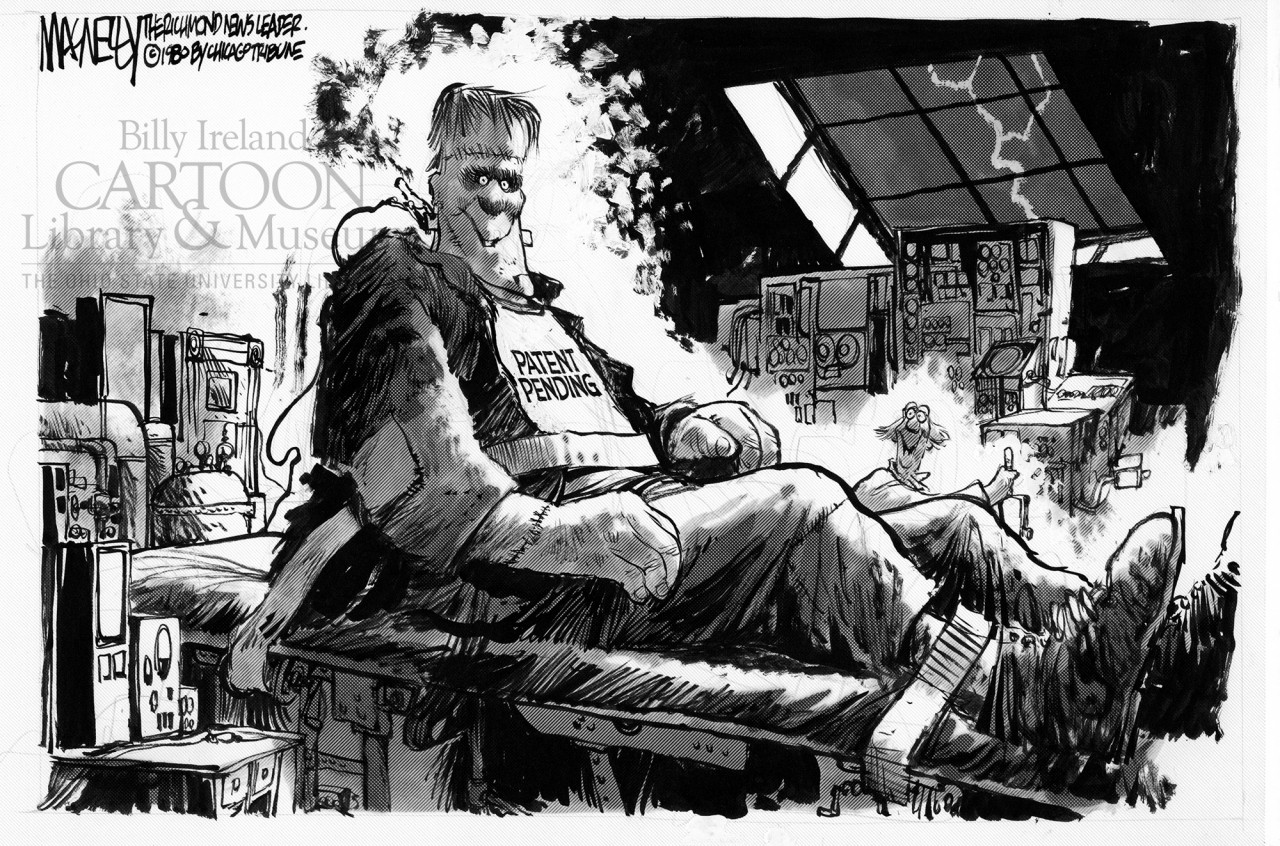 COLUMBUS- Susie MacNelly, widow of award winning cartoonist, Jeff MacNelly, has donated his collection of original art and papers to The Ohio State University Libraries’ Billy Ireland Cartoon Library & Museum (BICLM).  Jeff MacNelly was awarded the Pulitzer Prize for editorial cartooning in 1972, 1978, and 1985 becoming one of a select group of journalists who have won three Pulitzers. In addition, the National Cartoonists Society twice awarded him their highest honor, the Reuben Award for Cartoonist of the Year.  He worked as an editorial cartoonist for the Richmond News Leader (Richmond, VA), and later at the Chicago Tribune.   In addition, MacNelly created the popular newspaper comic strip Shoe, syndicated by King Features, and the single-panel cartoon, Pluggers, syndicated by Tribune Media Services.   Beginning in 1987, he also illustrated the weekly column of humorist Dave Barry.   MacNelly passed away in 2000.

“When looking for a home for Jeff’s work, it was clear to me that Ohio State was the ONLY place suitable for such a collection,” said Susie MacNelly.  “The Billy Ireland Cartoon Library & Museum’s reputation is first-rate.”

The BICLM will receive the entire collection in a series of shipments over the next few years. The first shipment included over 800 of MacNelly’s original editorial cartoons from 1971 to 1981, representing the early period of his career.

“We are delighted to receive this collection of original art by one of the most talented and influential cartoonists of the last 40 years,” said BICLM Curator and Associate Professor Jenny E. Robb. “MacNelly’s cartoons can be appreciated and enjoyed as works of art, but they also function as essential primary sources for the study of the late-twentieth century political landscape.”

Ohio State Vice Provost and Director of Libraries Carol Pitts Diedrichs said the editorial cartoons of such a renowned artist were a welcome addition the BICLM collections.

“It is wonderful that such a noteworthy donation is being added to the largest collection of cartoon art and comics material in the world,” said Diedrichs. “As one of the treasures of the BICLM, the Jeff MacNelly Collection can be viewed and studied by students and scholars from around the world.”

Work is underway to catalog the collection so that it can be accessed by researchers. 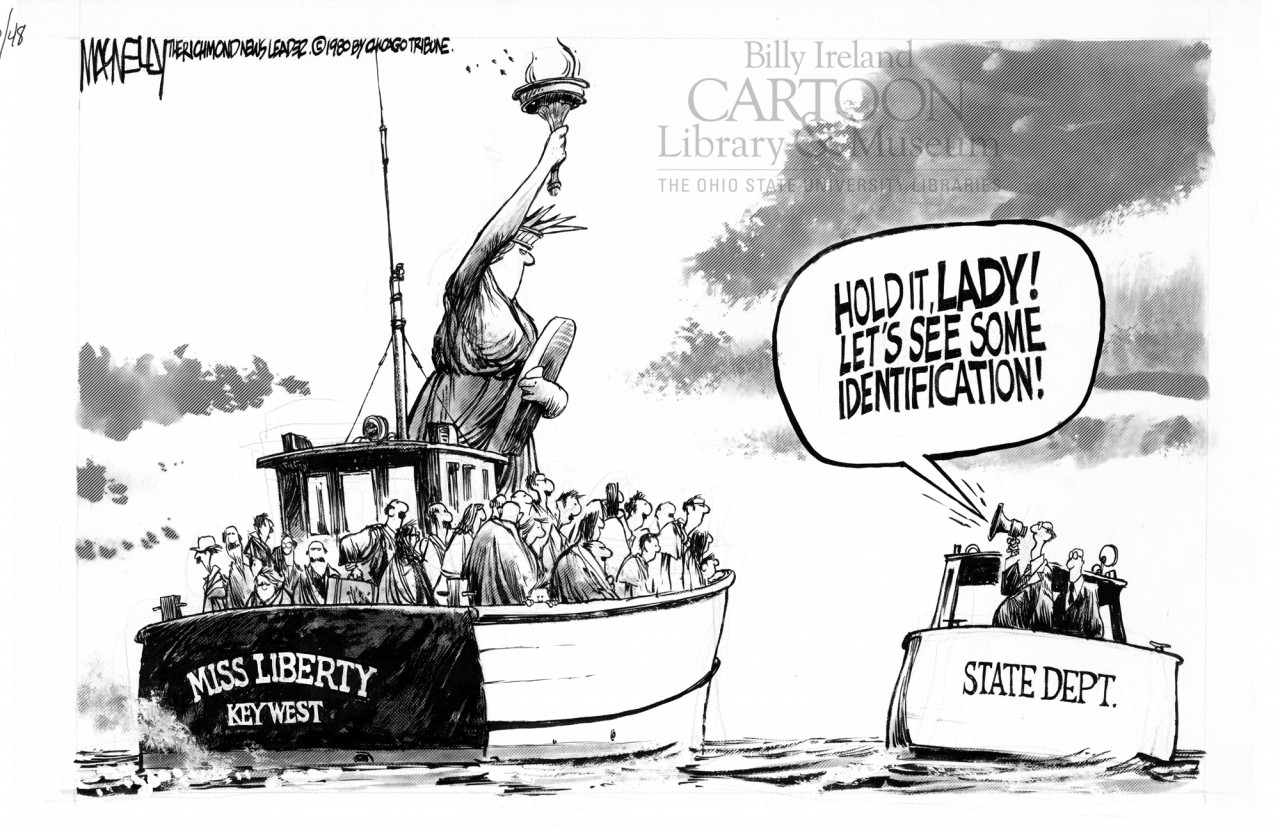 About the Billy Ireland Cartoon Library & Museum:  The BICLM is one of The Ohio State University Libraries’ special collections. Its primary mission is to develop a comprehensive research collection of materials documenting American printed cartoon art (editorial cartoons, comic strips, comic books, graphic novels, sports cartoons, and magazine cartoons) and to provide access to these collections.  The BICLM recently moved into its newly-renovated 30,000 sq. ft. facility that includes a museum with three exhibition galleries, a reading room for researchers and a state-of-the-art collections storage space.   The library reading room is open Monday-Friday 9 a.m. to 5 p.m. and Sunday 1 p.m. to 5 p.m. The Museum is open Tuesday-Sunday from 1 – 5 p.m.  See http://cartoons.osu.edu/ for further information.