Excitement at the Cartoon Library!

July 3, 2012 / Caitlin McGurk / Comments Off on Excitement at the Cartoon Library!

School is out, and June proved to be a fun month for us over here at the Cartoon Library! And as the heat rises in Columbus, we’re as grateful as ever for our temperature and humidity controlled archival sanctuary.

On June 21st, the Girl Scouts of America paid a visit to the Cartoon Library to earn their fabulously-designed Cadette Comic Artist Badge! We were thrilled to hear that a badge like this now exists for the Girl Scouts, and happy to help Troop #1214 gain theirs. During their time here, they received a history of ground-breaking female cartoonists, looking at originals from Edwina Dumm, Trina Robbins, Hilda Terry, Lynda Barry and many more, as well as seeing the Miss Fury tearsheets by Tarpe Mills! They were also given an introduction to the world of self-publishing, and a mini-comics making workshop. Pictured below is girl scout Beth Bolan with a Wonder Woman original! 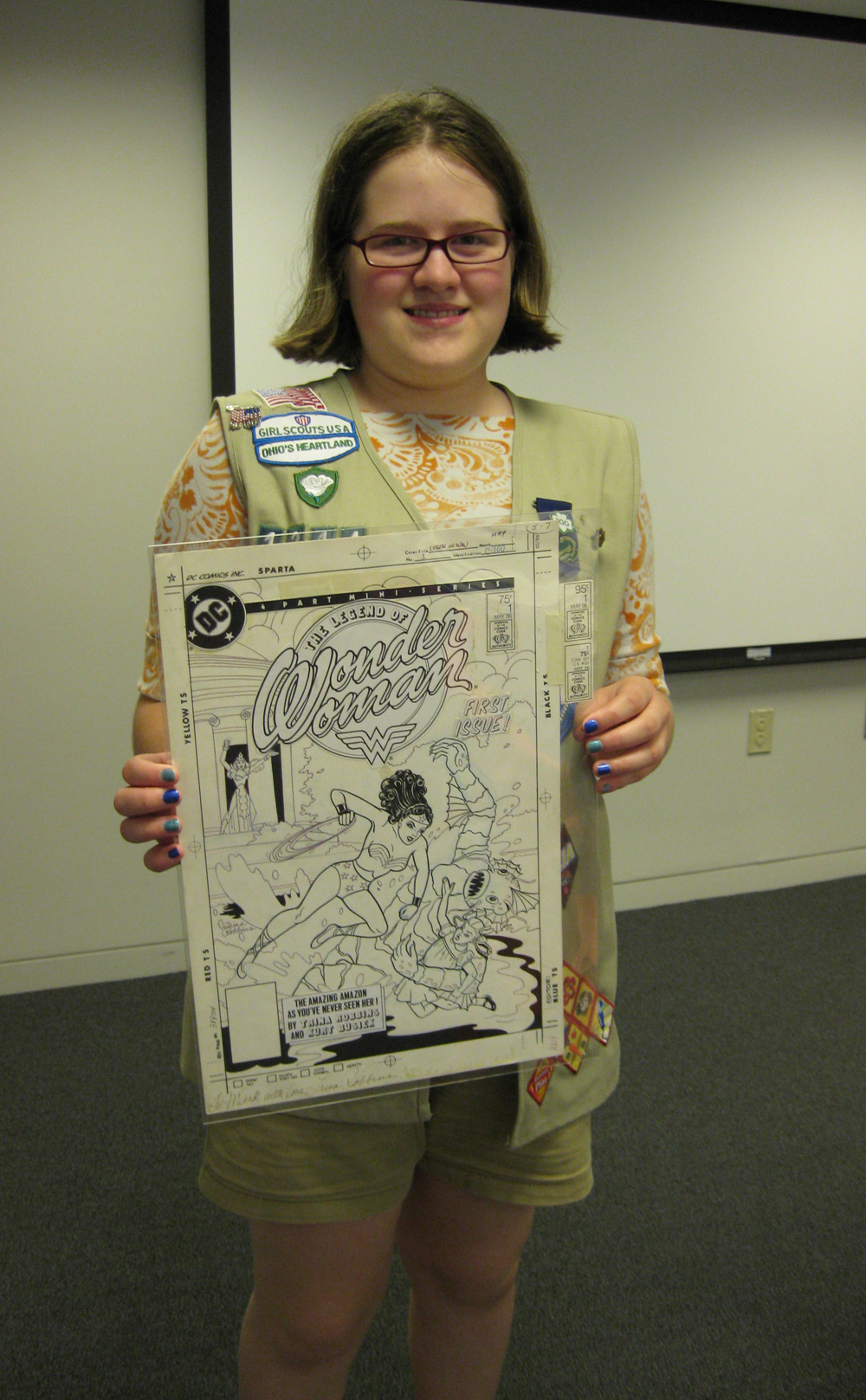 During the week of June 18-21st, we had the pleasure of hosting researcher and cartoonist, JB Winter from Columbia, Missouri who came here to use the manuscripts of our founding collection- Milton Caniff! Winter is studying the character Miss Mizzou, who Caniff introduced into his Steve Canyon strips in 1952. Mizzou’s namesake comes from the nickname of the University of Missouri in Columbia. Winter spent his time at the Cartoon Library using Caniff’s research files and personal correspondence folders to explore Caniff’s relationship with Columbia, Missouri, in order to write an article encompassing the history of the Miss. Mizzou character- especially timely as this year marks her 60th anniversary. Miss Mizzou’s character also had several promotional tie-ins with the city, some which were celebrated and some controversial, so we’re certain that JB’s article will be a fascinating read.

Below, Caniff’s Miss Mizzou herself: 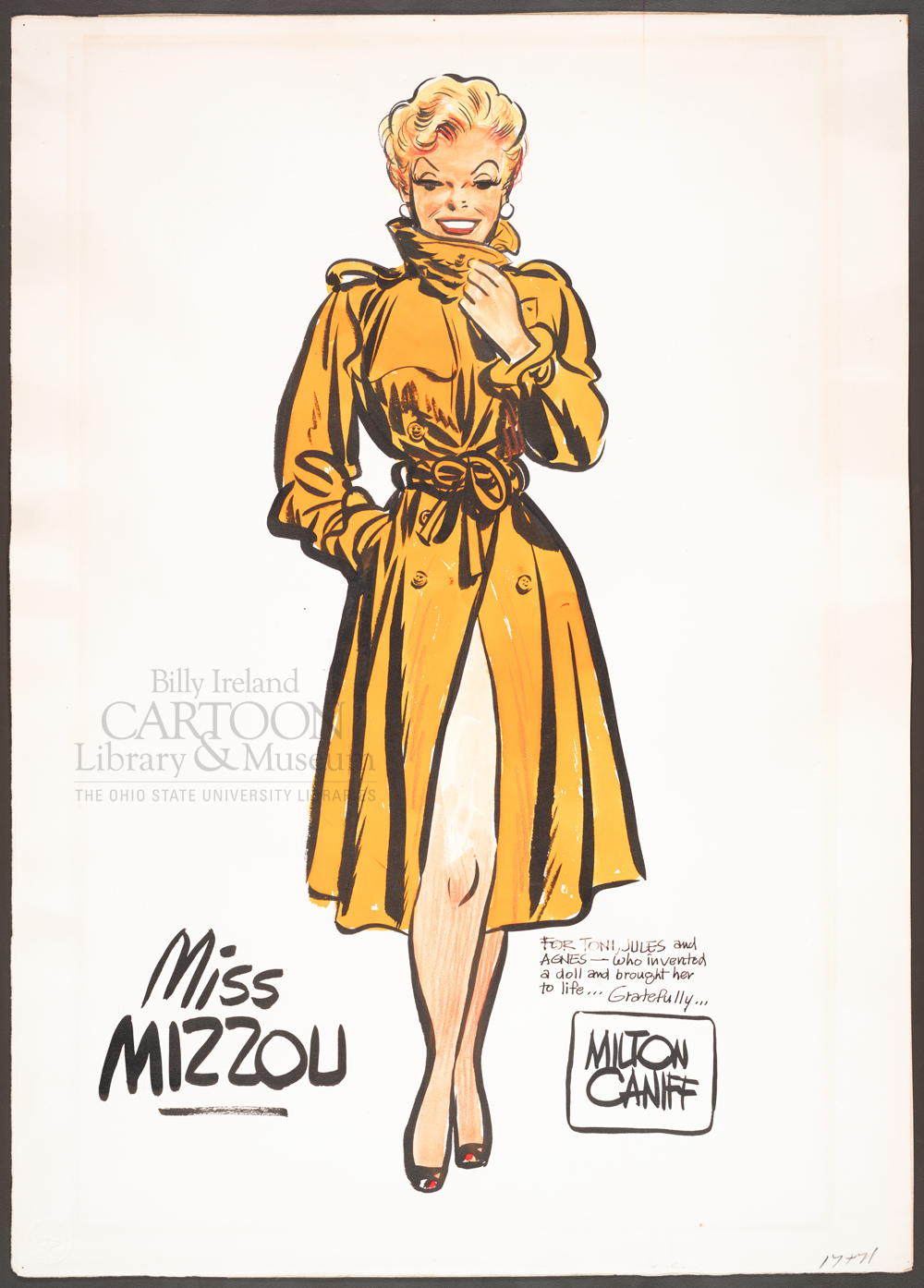 On June 26th, we brought Portland-based cartoonist and illustrator Aidan Koch in to give a talk at the Wexner Center! You can read more about the event here. Aidan was the cartoonist in residency for the month of June at the downtown art space Skylab Gallery, and we’re thrilled to have had our first cross-community collaboration like this. She is also the youngest cartoonist to join us on stage at the Wexner, and the very first self-publisher. As we approach our move into Sullivant Hall in the Fall of 2013, we anticipate much more programming like this as we’ll finally have the space and accessibility to do so. Thanks again to all those who came out to see Aidan last week!

We’ll be posting a video of Aidan’s event this week, but for now you can listen to an audio recording of it here. Enjoy!