Here at the Cartoon Library, Bill Blackbeard is a regular household name. We hope the same goes for all of you readers, as the Man Who Saved Comics deserves much remembrance and praise. 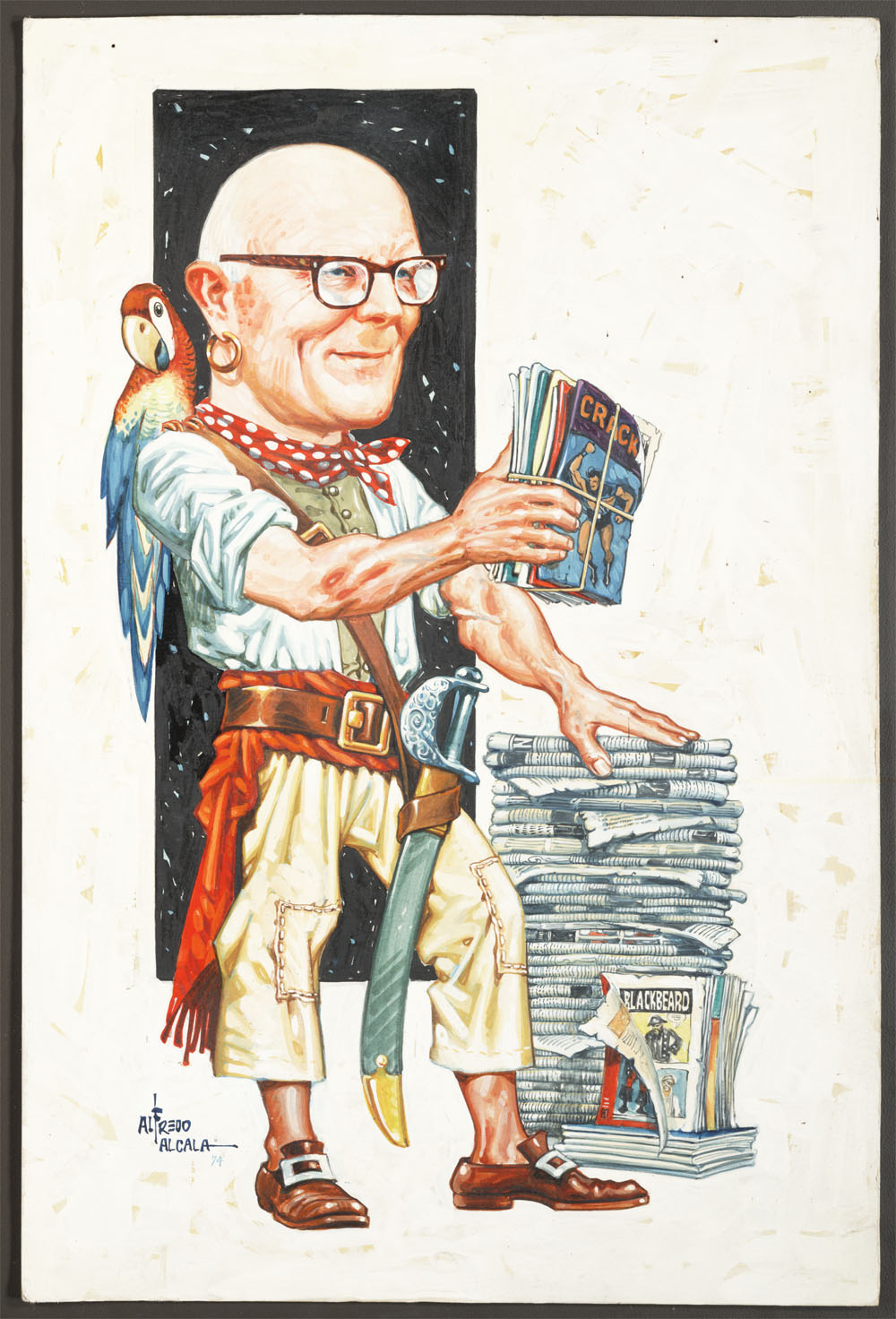 This Saturday, April 28th would be Bill’s 86th birthday. In 1998, Bill Blackbeard’s life’s work–The San Francisco Academy of Comic Art collection–arrived at The Billy Ireland Cartoon Library & Museum in six semi-trucks, filled to the brim with 2.5 million newsprint clippings of comic strips, entire Sunday comics sections, and tearsheets. This collection had resided with Bill Blackbeard and his wife in their home in California since the 1960s. 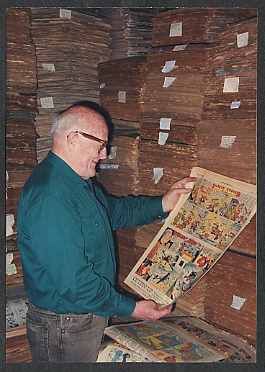 Having collected the bundles of discarded daily newspapers at the end of the week from neighbors houses as a child, Bill’s enthusiasm and fixation on the newsprint comics form grew exponentially throughout the rest of his life. In the 1960’s, libraries across the country began to convert their large bound volumes of newspapers to microfilm in order to conserve shelf space. Once the papers were converted, these hundreds upon thousands of volumes were then discarded or transferred elsewhere. When Bill Blackbeard found out this was happening, he and his wife Barbara and some volunteering friends rescued these volumes of newspapers from around the country – specifically for the comics sections. Because of certain policies in place about the transference of library materials to an individual collector- in one week’s time Bill established himself as a nonprofit organization, The San Francisco Academy of Comic Art. Overnight, Bill and Barbara’s home became the Academy, and one of the most important establishments in comics history of all time. 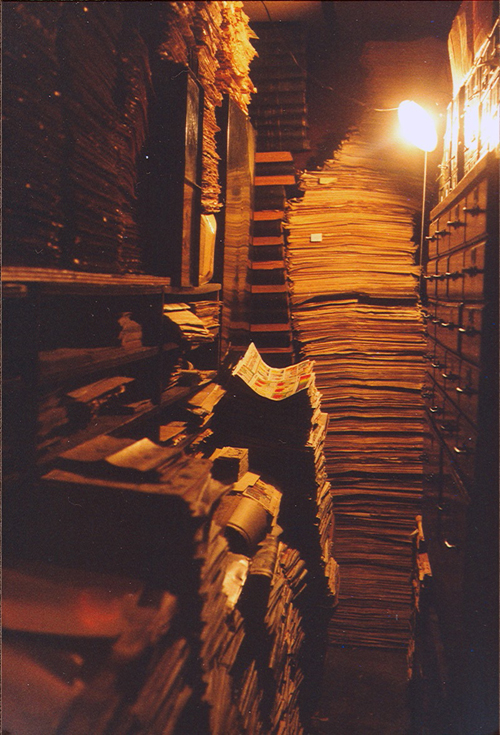 SFACA collection while it was housed in California. Photo by R.C. Harvey. From the San Francisco Academy of Comic Art collection, The Ohio State University Billy Ireland Cartoon Library & Museum

Declared as being open for visitors and researchers at “all hours of every day” (because Bill lived there), the SFACA collection made possible an endless amount of comics scholarship, reprint books, and inspiration for cartoonists and fans alike. Bill, with help of volunteers, spent his days, years, and entire life clipping these strips and organizing them chronologically under each title.

The SFACA collection continues to have an incalculable impact at its permanent home here at the Cartoon Library- where it is easily our most highly-used collection.

To find out much-much more about Bill Blackbeard’s legacy and the collection’s arrival at the Cartoon Library, follow this link to the OSU Knowdledge Bank for an exhaustive article by our head curator Jenny Robb entitled Bill Blackbeard: The Collector Who Rescued the Comics.

To see many more fantastic pictures of Bill Blackbeard and his collection, you can visit our “We Love Bill Blackbeard Album” by liking the Billy Ireland Cartoon Library & Museum on Facebook.

To browse the San Francisco Academy of Comic Art finding aid, visit this link. Due to the size of the SFACA collection, it is constantly under processing so this is in no way a complete representation. We are very proud to have about 40% of the collection processed at this time (remember, it contains  millions of items!) 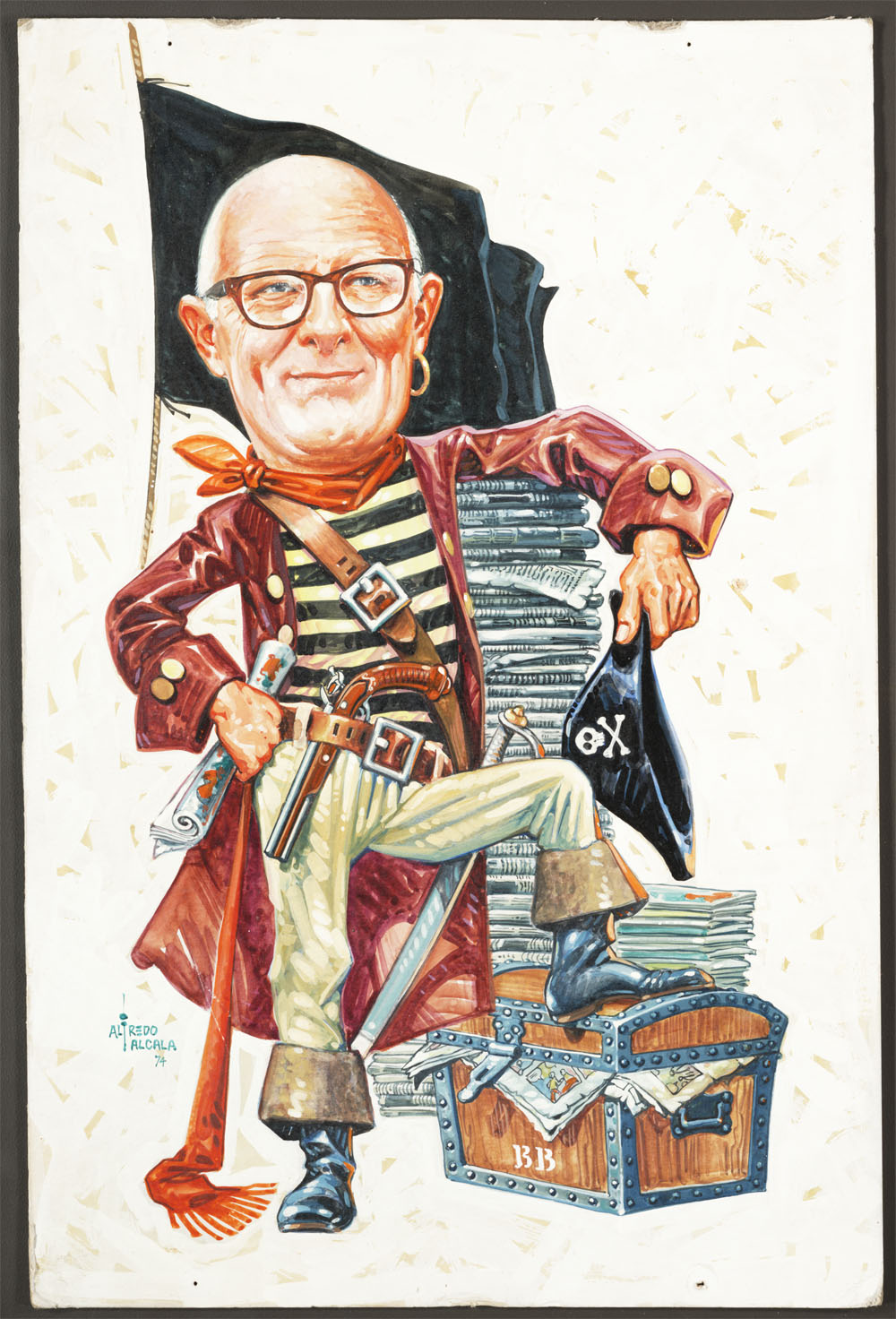