Although not a cartoonist herself, without Hannah Humphrey the career of venerated satirical caricaturist James Gillray may have taken a much different, and quite possibly shorter path. The younger sister of print shop owner William Humphrey, Hannah most likely learned the trade from helping her brother out with his business.  In those days, cartoons were sold separately as individual prints and were only rarely included in periodicals. 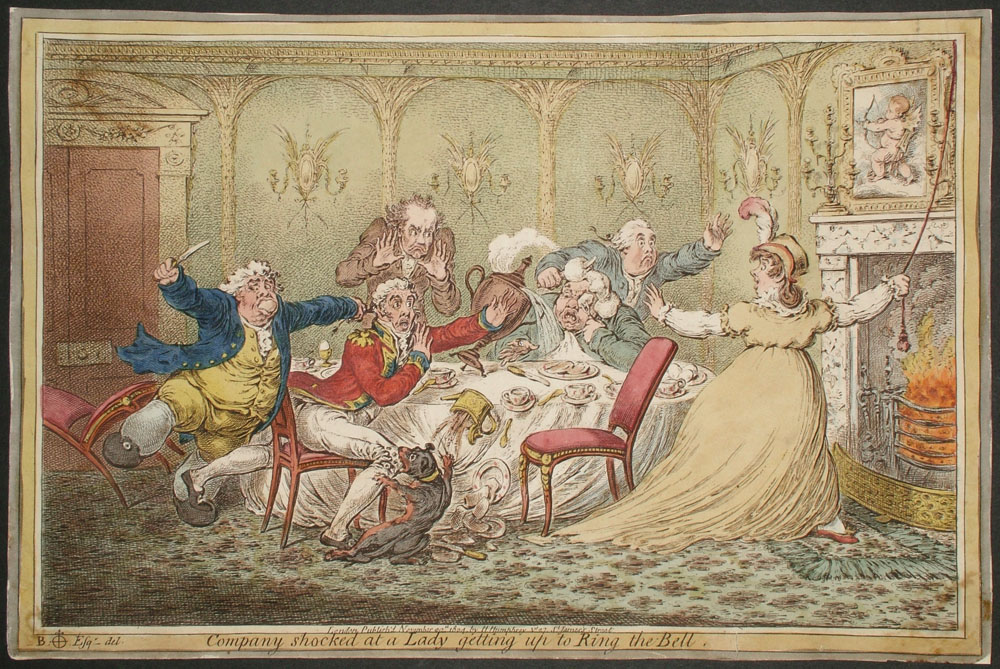 "Company Shocked at a Lady getting up to Ring the Bell" by James Gillray, published by Hannah Humphrey in 1804. Part of the Hale Scrapbook of the Draper Hill Collection, The Ohio State University Billy Ireland Cartoon Library

Hannah Humphrey opened up her own print shop on Old Bond Street in London, which grew into the most successful print shop in the city. Humphrey remained an independent and self-sufficient woman throughout her entire life, a business owner at a time where it was very uncommon for a female to have her own shop. Often, she went by “Mrs.” instead of “Miss” to protect her reputation and cover the fact that she never married from becoming scandalous.

In 1791, James Gillray began to work exclusively for Humphrey- and even took up residence in one of the apartments above her shop. As business grew she relocated the shop twice–first to New Bond Street and then St James Street–followed in both cases by Gillray. Because Humphrey was his exclusive publisher, the only way to buy or see a Gillray print at that time would be to visit her shop. In the Gillray piece below, we see an outside view of Humphrey’s print shop, where she hung the prints in the window for advertisement and entertainment. 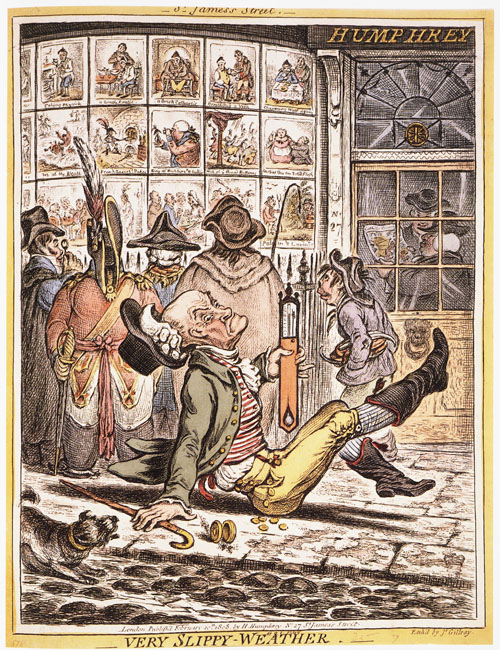 In 1806 Gillray’s eyesight began to fail, and he fell into a suicidal depression. Although he was no longer able to work due to his handicap, Hannah looked after Gillray until his death in 1815.

Found in the Collection: The Gag Master!