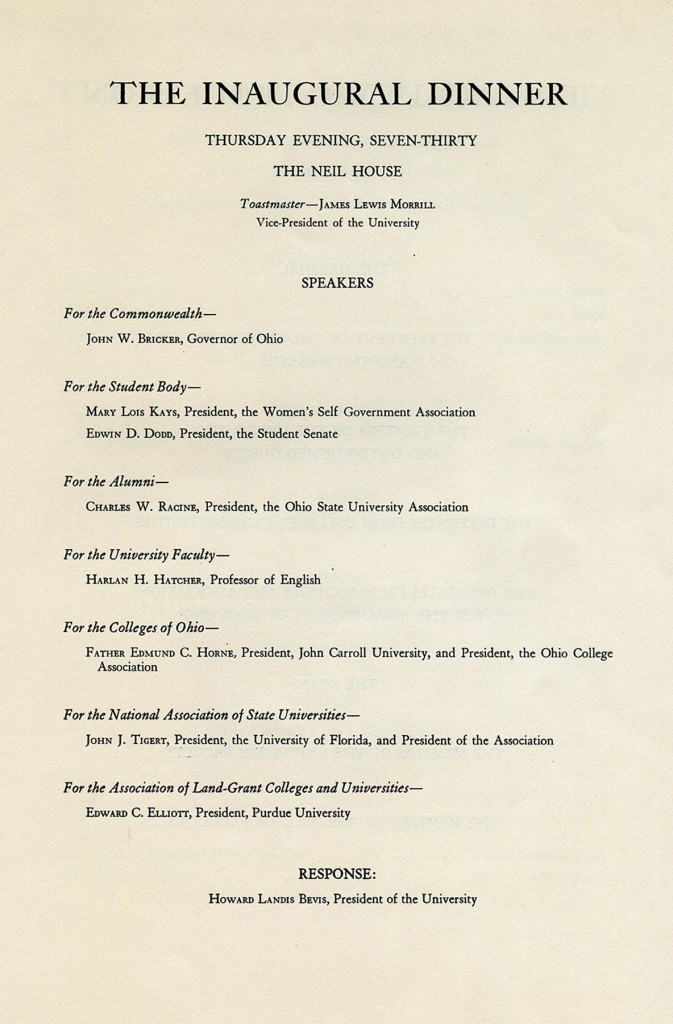 Though OSU’s line of presidents started long ago, when the University first opened in 1873, there wasn’t a formal introduction of a new leader to the campus community until 1940 when Howard Landis Bevis became OSU’s seventh president. That year, on October 25, the University held its first presidential inauguration, and it was quite an event.

The affair began the night before the inauguration, where a formal dinner was held at the Neil House, then Columbus’ pre-eminent hotel and gathering spot. Engraved invitations had been distributed to the OSU community, leaders of other universities, and of course, prominent and distinguished citizens of the city, who received complimentary tickets to dinner and lunch. Among the 897 present at the dinner, 270 were prominent alumni. There were a total of seven speakers at the dinner and the event ended around midnight. 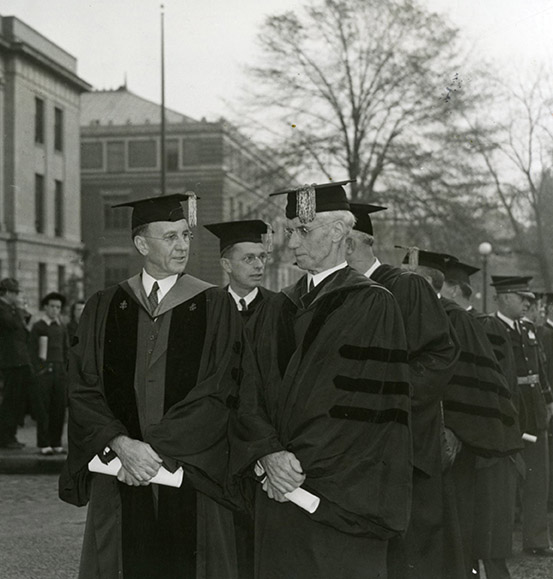 Early the next morning, Bevis, inaugural speakers, members of the Board of Trustees, and delegates assembled on the second floor of the Administration Building (now called Bricker Hall), while faculty members met in Derby Hall. At about 9:30a.m., the procession began from the Administration Building to the Men’s Gymnasium as the University Symphonic Band played a processional march. The general theme of Bevis’ inaugural speech was “Social Responsibilities of the University.” The inauguration was followed by a buffet luncheon at the Faculty Club at 1p.m. for roughly 500 delegates and invited guests.