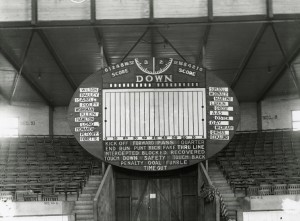 A scoreboard in the Ohio Coliseum, c1923

In December 1914, an alumnus by the name of Howard Bryan created an electric scoreboard, consisting of 100 electric light bulbs and the necessary wires, to allow fans who couldn’t make the game to follow the two teams’ movements on the board. It was first used for an away game at Indiana. This was half of the equation; the other half meant actually finding out what was happening at the real game. The solution: OSU “leased a wire,” which wasn’t explained in the Alumni Monthly magazine story, but likely means a telegraph line. So the board operator would receive the news via telegraph, then would show the play on the “scoreboard.” How’s that for “instant messaging”?

Over time, the “scoreboards” seem to have evolved, while keeping the same basic format. By 1919 there was one hung on the east side of the then-Ohio Union, what is now Enarson Hall on the South Oval. That scoreboard could attract crowds of a thousand people. Those of us who have smartphones may laugh at a group of people waiting for a light bulb to turn on, but it had a party atmosphere all the same. These scoreboard parties continued at least until 1927, which is the last we’ve found them mentioned in our records. At some point, the board was moved under the Stadium, where crowds gathered to find out the latest news. Now those were devoted Buckeyes! 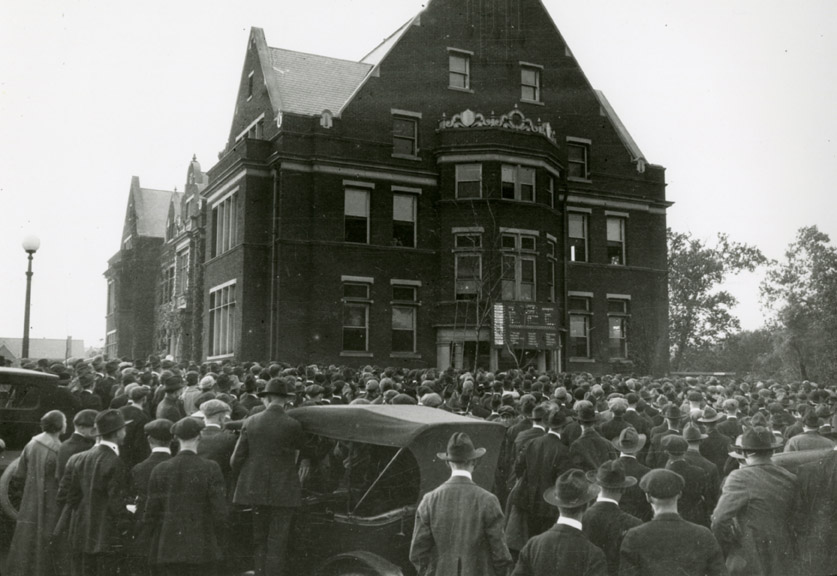 A football scoreboard party outside of Enarson Hall (formerly the Ohio Union), 1919 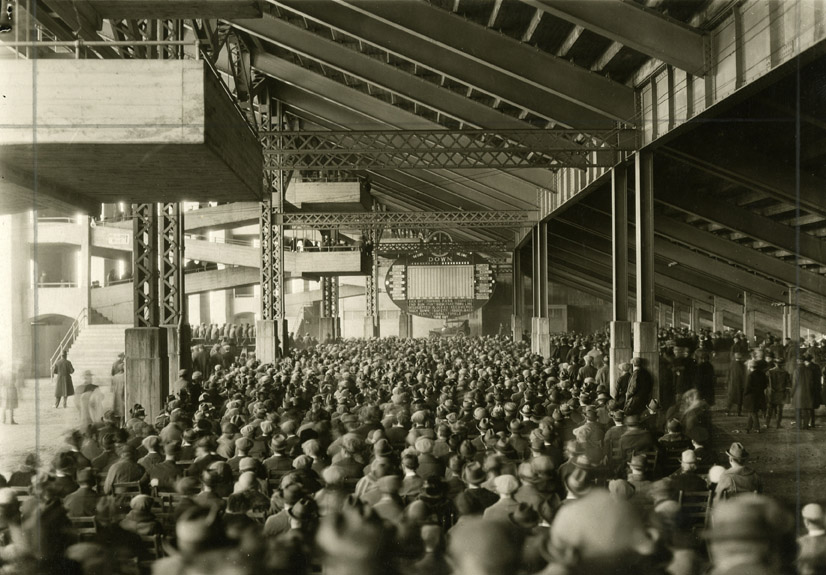 Scoreboard party under the Stadium, 1923