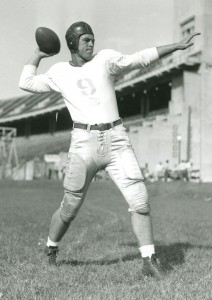 When World War II broke out, many OSU students immediately signed up to join in the fight, suspending their studies for a much greater cause. Probably none of them was more well-known than Don Scott, the archetypical Big Man on Campus.

And here’s why: After entering Ohio State in 1938, Scott participated in baseball, track, basketball, and most notably football. In addition to being on the Players’ All American team for football and the first Big 10 Championship for basketball, Scott was also elected to sophomore, junior and senior Honor Societies as well as being a member of the Phi Delta Theta fraternity. 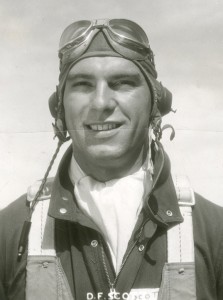 After enlisting, by May 1941, Scott, along with other OSU athletes were stationed in Tulsa, Oklahoma, for Air Corps Training Detachment. By October, Scott had completed training and had advanced to get his wings and commission in the Army Air Corps. He was eventually promoted to a Captain.

Unfortunately, on October 1, 1943, at the age of 23, Scott was killed in a bomber crash over England. This marked the 100th alumnus or former student to give his life in World War II. One week after his death, on October 8, his wife gave birth to their child, Don Sands Scott.

Meanwhile, in the spring of 1942, the U.S. Navy leased Port Columbus to train its pilots. At the time, OSU was using Port Columbus for its own civilian pilot training program, and the Navy’s lease would pretty much have doomed OSU’s program to failure. However, OSU Prof. Karl W. Stinson, a lieutenant in the Air Corps of World War I and a professor in the Department of Mechanical Engineering went to then-OSU Pres. Howard Bevis with an idea: Build an OSU airport.

President Bevis and Carl Steeb, then-University Business Manager, considered the idea, liked it, and found $100,000 for the project. Stinson himself scouted the nearby then-countryside, and found a flat portion of land near what is now Sawmill Road. Ohio State purchased 385 acres (larger than Port Columbus), and set about building a hangar, runways and fences. 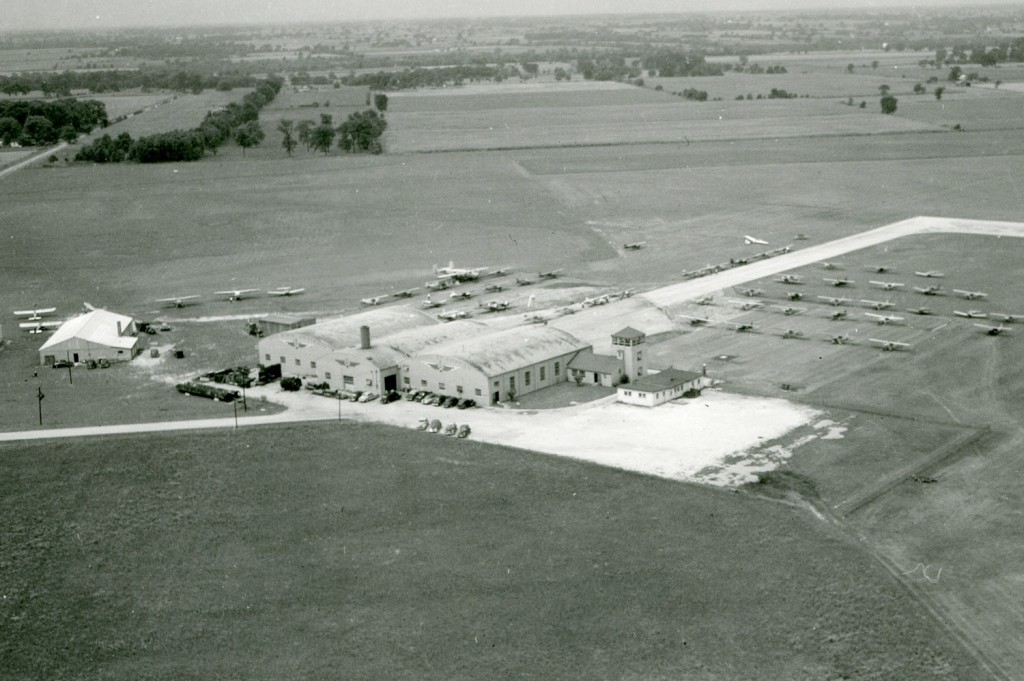 Soon after Scott’s death, President Bevis presented a resolution to the Board of Trustees that read, in part:

[Scott] was one of the nation’s great athletes; he was a sportsman in the finest sense of that term; he was a thorough gentleman, beloved by all who knew him; his life brought great credit to his alma mater. … As a fitting commemoration … I desire to propose to this Board that the airfield now owned and operated by the University be designated ‘Don Scott Field.’

The board approved the resolution and the newly named Don Scott Field was used by the Navy until the end of the war, when OSU transferred its focus to a civilian aviation curriculum.

Welcome to the dog days of summer