When being close really does count: hand-grenade tossing included in track meets

April 5, 2013 / drobik.5@osu.edu / Comments Off on When being close really does count: hand-grenade tossing included in track meets 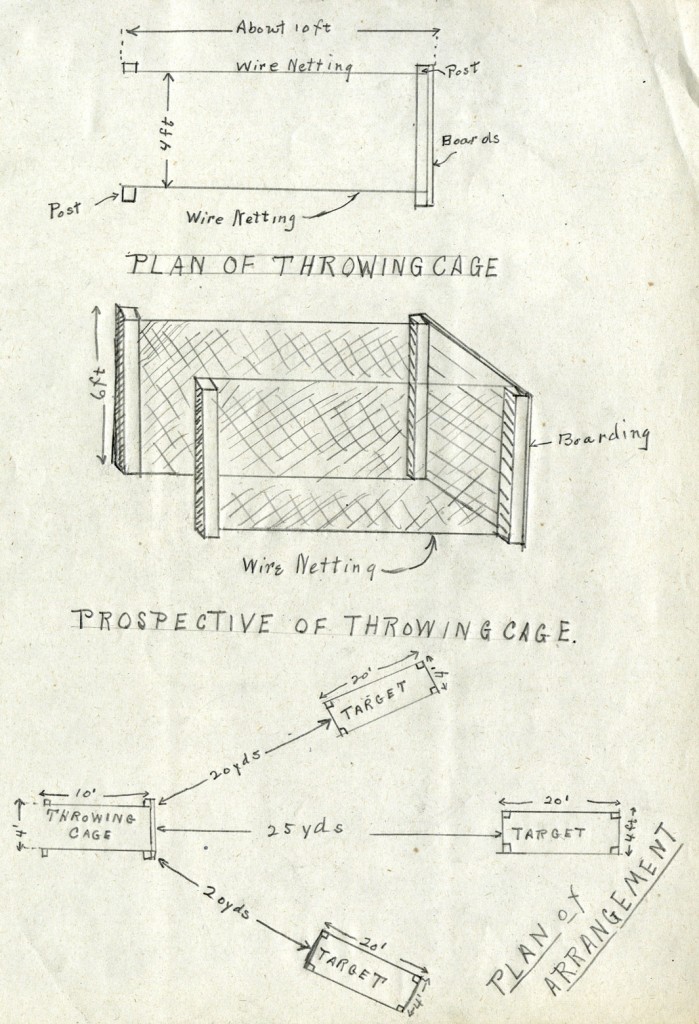 In an old Department of Athletics collection, we recently found a folder simply entitled “hand grenades.” It contained correspondence and diagrams from 1918 related to a proposed hand-grenade tossing event for track meets. Kind of like the shotput event, only with more damaging consequences.

In early spring 1918, the United States had been fighting in World War I for nearly a year, and the war effort at home was going strong. Here at OSU, the campus was home to a barracks, machine-gun range, and a small hospital. A school for military aeronautics was open for one year (1917-1918), an aviation laboratory opened, and an airplane landing field was installed.

So, naturally, someone came up with the idea of including a hand-grenade tossing competition at track events to prepare student cadets once they hit the front lines in France. The Lantern first reported about it in March 1918:

“The war spirit seems to have affected the athletic department, and the kaiser better keep his eye on Ohio State athletes when they get to France. Yesterday Director [Lynn] St. John brought to the Athletic House a box of hand grenades which will be used by the weight men in practice and may become an established event. They are the regulation size used in war work.” 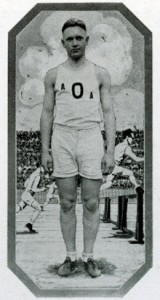 St. John later explained that the competition would be an individual event. There would be three targets of four feet square (the usual size of a trench). Each man would receive a number of grenades and would take up position in a “box” made out of wood but with mesh sides so the competitor could be seen by judges who (presumably) were sitting a safe distance away. He would be required to make a certain number of hits. Competitors would be judged on speed and form, as well as accuracy.

Track Coach Frank Castleman even visited Camp Sherman in April 1918 in order to receive “first-hand information on the art of bomb throwing, hence being prepared to coach his men in the new field event,” according  to The Lantern.

Later in April at its first track meet, against Ohio Wesleyan, the hand-grenade event went off without a hitch. In fact, Charles Hubbard of Ohio State set the best record, getting five of 10 grenades into the pen. The event continued to be included through the season; it was listed, in fact, among the events in that year’s Big Six Championship, which the Buckeyes won.

The war ended in November 1918, so the event’s inclusion in track meets remains a one-season-only affair.