In 1921, the Department of Home Economics established a Home Management House to teach women students how to run an efficient home, as well as life skills, such as finances, nutrition, and child care. Students received credit for instruction in the laboratory center, where they lived together for roughly six weeks in a staged home environment.

Ten years later, Wilhelmina J. Styles, an African-American student, requested permission in May 1931 to seek admittance for practical training in the House for the autumn quarter. She was refused admission. (Although there was no set rule barring African-American students from campus housing, they instead lived in boarding houses or private homes.) Despite protests from local officials, business leaders and religious organizations, then-OSU President George Rightmire supported the decision; Styles was asked to substitute another Home Ec course for the home-management graduation requirement. 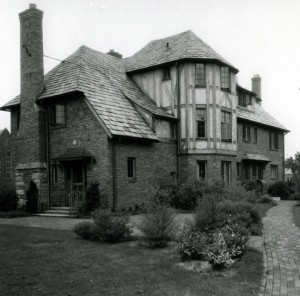 In May 1932, Doris Weaver applied for a reservation in the House and was accepted for the autumn quarter. Subsequently, after learning Weaver was African-American, the department withdrew Weaver’s confirmation for participation in the House.

Then, Ohio Rep. Chester K. Gillespie, the only African American in the Ohio General Assembly at the time, intervened on Weaver’s behalf with a series of letters to Rightmire. He also asked that the state legislature begin an investigation for possible discrimination. Shortly after, the OSU Interracial Council – made up of student representatives of the YMCA, YWCA, International Club and Council of Women, among others – filed a protest in support of Gillespie’s charges discrimination based on race. 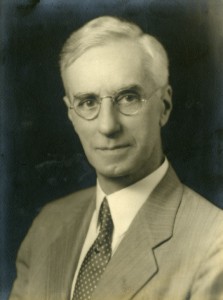 At a subsequent hearing before a House committee, Rightmire denied barring Weaver from the House because of her race. He said she had been offered exclusive use of part of the house but had refused the offer.

Gillespie then threatened to revoke funding to OSU because African-American students were not allowed to participate equally in the House program. Eventually, Weaver’s case went to the Ohio Supreme Court, which supported Rightmire’s assertion that Weaver was not being denied equal opportunity since she and other African-American students were offered exclusive use of certain sections of the house.

The ruling did not deter Weaver from continuing her studies; she received a bachelor’s degree in Home Economics in March 1933 and went on to earn a master’s degree in 1936. According to a 1981 interview, she taught at Wilberforce University for seven years – along with Wilhelmina Styles – in that university’s Department of Home Economics.

For more information on these women and other African-American students’ experiences at OSU, please see Pamela Pritchard’s 1982 dissertation: “The Negro Experience at the Ohio State University in the First Sixty-Five Years, 1873:1938, with Special Emphasis on Negroes in the College of Education.”