Everyone knows about Woody Hayes’ career as the head coach of the Buckeyes: his 205-61-10 record (the most wins ever by an OSU coach), the 13 Big Ten championships, eight Rose Bowl visits, five national championships, and three Heisman trophies his players won, not to mention the two times he was selected National Coach of the Year.

But Woody had a very diverse and different life off the field.  The following list of five fun facts about Coach Hayes will highlight some of the more interesting aspects of his life you probably don’t know about! 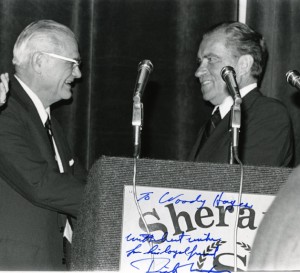 For more information about these and other surprising facts about Coach Hayes, click through to our web exhibit about Hayes or visit our exhibit in Thompson Library between Jan. 7 and Feb. 28.