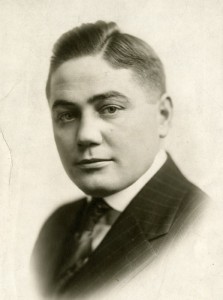 OSU alumnus Herbert Atkinson was a devoted OSU student and alumnus whose final wish was for his ashes to be buried in Bricker Hall. Here’s how it happened:

Atkinson started his journey at OSU as a freshman in 1906, working his way through college with a colorful array of jobs: waiting tables, mowing lawns and mucking stables, and working as a metal polisher in the summer in his hometown of Fremont, Ohio. Somehow, he found time to join Bucket and Dipper, play Varsity Basketball for three years, and cheer on the Buckeyes as a member of the Varsity cheerleading squad for one year. Immediately after he earned his law degree from OSU in 1913, he was appointed secretary of the State Highway Department, according to the alumni magazine. He left the following year to practice law.

Eventually, Atkinson entered the political field, and was elected in 1918 as the Franklin County representative in the state legislature. He was re-elected twice, and for those last two terms served as the Democratic floor leader. He went on to found Atkinson-Dauksch Insurance and Bonding Agency, which grew to become one of Ohio’s largest agencies before his retirement in 1944.

As an alumnus, Atkins was active with his alma mater. He served as first vice president of the Ohio State Alumni Association for 13 years, and he was a member of the University’s athletic board for 13 years.

But it was his service on the Board of Trustees that really set him apart. In 1925 he was appointed to fill a vacant position on Ohio State’s Board of Trustees—a position that he would hold for the next 23 years. During his tenure, he helped select three Ohio State presidents: George W. Rightmire, (acting president) William McPherson and Howard L. Bevis. He was instrumental in establishing the schools of Aviation, Fine and Applied Arts, Social Administration, Home Economics, Optometry and Music. During his long tenure, he also helped complete such projects as University School, Don Scott Field, the construction of the Men’s Gymnasium and Natatorium, and the Stadium Dormitories. 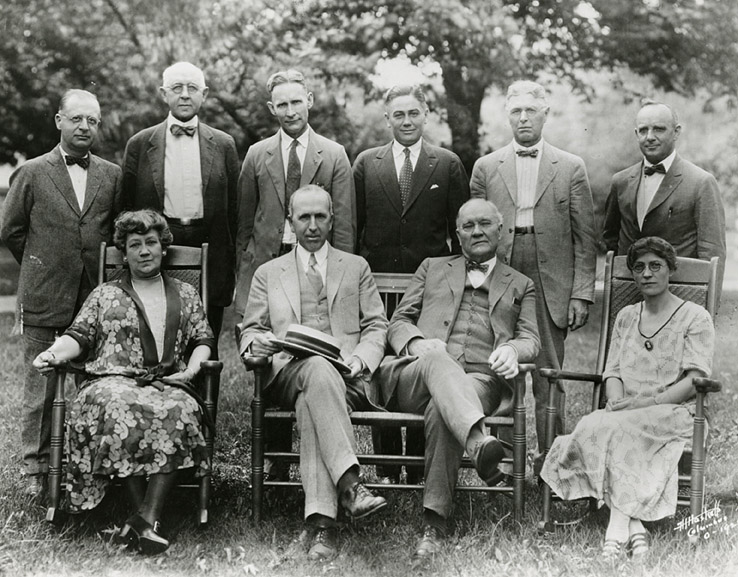 He died in 1952. According to the Board of Trustees minutes, his widow, Laura, told then-OSU President Howard L. Bevis that Atkinson’s wish was for his ashes to be kept somewhere on campus. Because of his nearly quarter-century of century on the Board of Trustees, Bevis recommended to the board that his ashes be installed in Bricker Hall. The Trustees unanimously approved the recommendation. 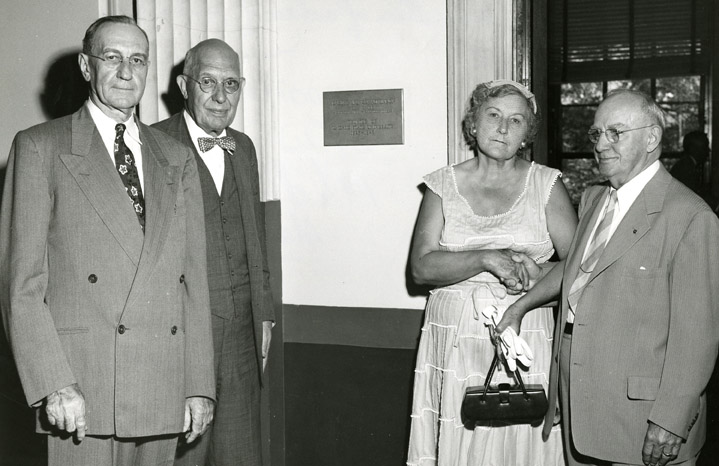 (Left to right) President Bevis, Charles Kettering, Mrs. Atkinson and Carl Steeb pose for a portrait during the dedication of Herbert Atkinson’s ashes at Bricker Hall, 1954

Today, when ascending the main staircase between the first and second floors, look for the plaque in the wall, outside the meeting room of the Board of Trustees—that’s where his ashes reside. 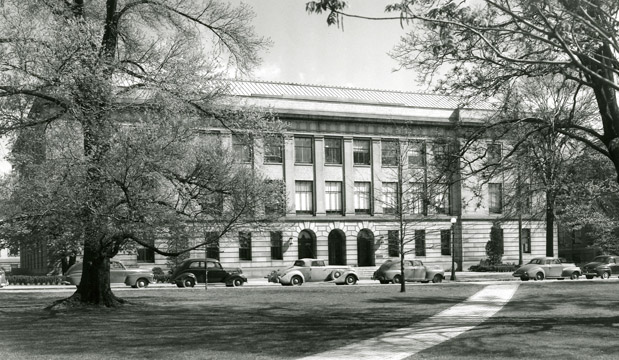