Part I: Rising to the top of their class in college coaching

October 5, 2012 / drobik.5@osu.edu / Comments Off on Part I: Rising to the top of their class in college coaching 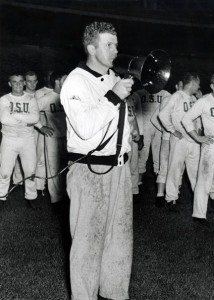 College football has had many legendary head coaches – Bobby Bowden, Paul “Bear” Bryant, and Woody Hayes, just to name a few. Other coaching legends got their start here at OSU as assistants: Lou Holtz, Bo Schembechler, and Glen Mason, for example. The list also includes Earle Bruce, Jim Tressel, Luke Fickell, and Urban Meyer, who all returned to OSU as head coaches.

This week we’re highlighting some of the lesser-known college coaching stories that began here at Ohio State:

Wes Fesler was a three-sport letter winner while a student at Ohio State, and continued on to become a coach in two of those sports. After serving as an assistant when Sam Willaman was head coach at OSU in the early 1930s, Fesler became head football coach at Wesleyan University, then University of Pittsburgh, then Ohio State, where he served as head coach from 1947 to 1950. Next up was the University of Minnesota, where he served as head coach for three years. Fesler also coached basketball at Harvard and Princeton.

Bill Mallory served as an assistant coach under Woody Hayes from 1966-1968. Mallory went on to coach at Miami (OH), Colorado, and Northern Illinois. In 1984 Mallory began his term at Indiana University and went on to become its most successful coach with 69 wins. Mallory left Indiana in 1996. 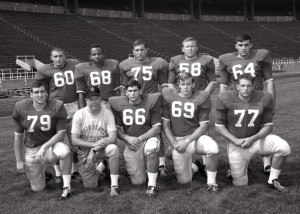 Glen Mason also served under Hayes as an assistant. Mason went on to coach at Kent State, Kansas, and Minnesota. After coaching, Mason worked as an analyst and broadcaster on the Big Ten Network. 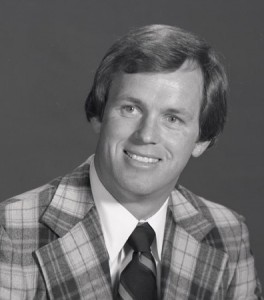 Ron Zook had a long coaching career in both the NCAA and the NFL. Zook was an assistant for seven college teams before becoming an assistant for the Pittsburgh Steelers in 1996. After moving around in the NFL, Zook was named head coach at the University of Florida in 2002. In 2005 Zook took over as head coach of the University of Illinois, where he led the Illini to their first ever back-to-back bowl game wins. 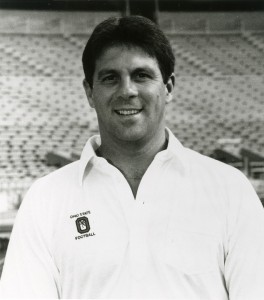 But that’s not where Ohio State’s influence in football coaching ends. Read about former OSU assistant coaches who later hit the big time in the NFL in next week’s blog.

Homecoming 2012 marks a century of festivities