September 5, 2012 / drobik.5@osu.edu / Comments Off on A River Runs Through It: The Olentangy’s place in campus history 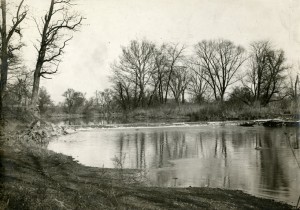 The waterway we know as the Olentangy was called the Whetstone River by early settlers, and the Delaware Indians had a permanent camp just north of the present campus on its floodplains.

At the time the Board of Trustees purchased the Neil Farm in 1870 for the future site of campus, the Olentangy had a significantly different pattern; in fact, it flowed right through the area now occupied by Ohio Stadium. There was also a marsh, measuring about six acres, in the southwest section of the University’s original land purchase.

Much of the land on either side of the river was a natural flood plain, which supplied nutrients to the farmland, but could prove dangerous for people and livestock after heavy rains. Because of such flooding, the University and the State of Ohio have made a number of significant changes to the area around the river.

As early as 1884, the Board of Trustees set aside funds to repair a damaged levee. In 1879 the University drew up plans for “improving” the river; the plan included a dam north of campus, but the University did not own the land—yet. The University spent $607 to purchase about 12 acres; the Ohio General Assembly then gave a further $1,500 for the river project.  The dam was then built.

In March 1913, however, much of the west side of Columbus, and vast portions of the University’s farmland were flooded. Nearly 500 people lost their lives, and 100,000 lost their homes to the floods. No one on campus was hurt, and no livestock was lost, but the University was still affected. 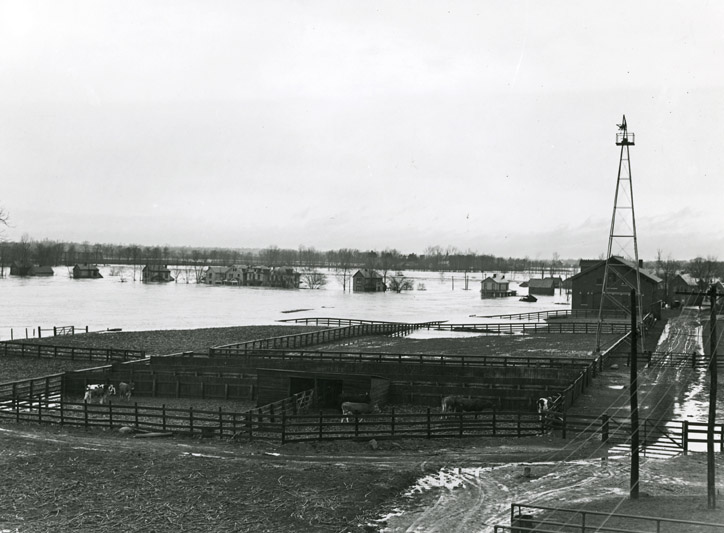 Just before the flood, most students had gone home for Easter, returned to campus Monday, and flooding began on Tuesday. On Wednesday, classes were cancelled, and for the next few days professors took their classes all over the city to assist in relief efforts. Students in home-economics classes prepared meals, residents of the women’s dorms sorted clothing and served meals.  OSU President William Oxley Thompson and Commandant George Converse volunteered male students in the University’s military science courses to assist the Ohio National Guard Troops throughout the city. Others helped with the clean-up. Damages on campus were said to have been close to $10,000, plus the $3,000 cost of keeping the power plant operating.

The University attempted to fix the recurrent flooding problem by rerouting the river, which then created a spot to build the Ohio Stadium. But the problem of flooding was far from over: significant floods occurred again in 1922, prompting the creation of a dike in 1923 along the river (along where Cannon Drive now runs). The river was also widened, as part of a WPA project. The result is what you see today—but not for long. 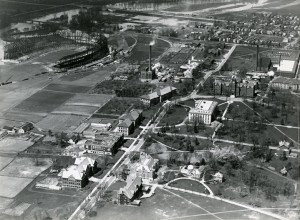 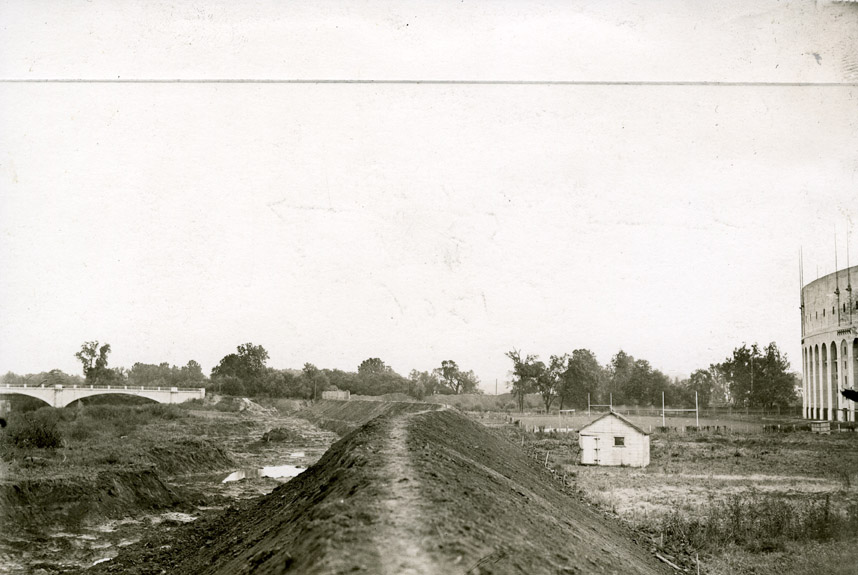 Dike being built next to Olentangy, 1923

The Olentangy River restoration project, part of the One University Framework Plan, is set to restore the river to its natural flow and reconstruct some of the wetlands on the west bank. To accomplish this, the 5th Avenue dam, which was originally built to serve the University Power Plant, will be removed.