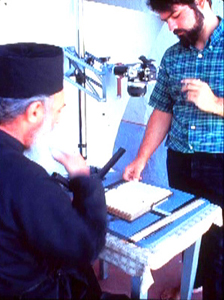 Today is the 60th birthday of Predrag Matejic, Curator of the Hilandar Research Library and the Director of the Resource Center for Medieval Slavic Studies at The Ohio State University.

It was on this date in 1971, to the best of his recollection, that Predrag and his father, the Very Rev. Dr. Mateja Matejic, left Greece with over 3,400 rolls of film used to photograph and microfilm the manuscripts of Hilandar Monastery. They flew together to Germany; Father Matejic continued on to Columbus, Ohio, with the films, while Predrag flew on alone to Yugoslavia, thus spending his 19th birthday in three different countries. He had birthday cake in both Munich and Beograd. 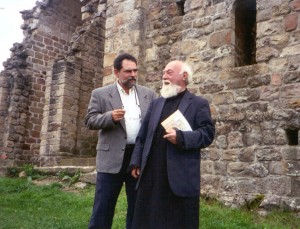