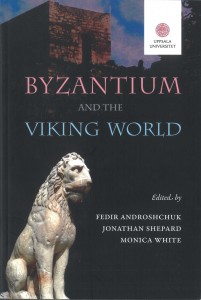 Two books that relate Scandinavia and the Vikings to Byzantium and the Balkans were acquired in March 2016. The first is:

END_OF_DOCUMENT_TOKEN_TO_BE_REPLACED

Postgraduate Studentships in Slavonic Studies at the University of Nottingham

April 2, 2014 / johnson.60@osu.edu / Comments Off on Postgraduate Studentships in Slavonic Studies at the University of Nottingham

MA, MRes and PhD Studentships in Russian and Slavonic Studies
at the University of Nottingham for 2014-2015

The School of Cultures, Languages and Area Studies are pleased to announce a number of doctoral (PhD) studentships which will cover tuition fees at the University’s UK/EU level and a contribution towards maintenance for three years, subject to satisfactory progress. The school is also able to offer a number of MA studentships (stipend plus fee waiver) and MA fee waivers. The deadline for completed applications is 12th May 2014 but to be eligible for consideration for one of these awards you must first have been accepted for a place on the course.

Members of the Department of Russian and Slavonic Studies can supervise research students in the following areas:

Further details about research in the Department can be found here: http://www.nottingham.ac.uk/slavonic/research/staff-research.aspx

For details of the application procedure for these awards and of other funding for which you may be eligible, please consult our funding webpage: http://www.nottingham.ac.uk/clas/studywithus/postgraduate/pg-funding/schoolstudentships.aspx

CFP: Seminar on the Turkish Straits

“The Straits – Inquiries into a Crossroad” Seminar at the Swedish Research Institute in Istanbul, November 1-7, 2014

The Turkish Straits between the Mediterranean and the Black Sea are often described as a symbolic dividing line between Europe and Asia, but historically their function has been uniting and not separating. At the crossroads of land routes between the Balkans and Anatolia, and the sea route between the Mediterranean and the Black Sea, they have constituted a natural meeting place for peoples and cultures since ancient times. Two world empires, the Byzantine and the Ottoman, were ruled from the straits and left their marks on the two main world religions of Christianity and Islam. Greeks, Slavs, Scandinavians, Italians, Turks and Englishmen have tried to gain control over the Straits and sometimes succeeded; but the prize has remained contested and been a recurrent source of dispute. As such, the straits have also been at the core of Eastern and Western political discourses at least since the accession of the Persian king Xerxes 2500 years ago, and their significance to the outbreak of the First World War in 1914 has come to the foreground in recent years. To mark these historical convergences, and to initiate an interdisciplinary platform for future research about the history of the Straits, we invite junior (pre-doc and post-doc) scholars to present their own research and exchange perspectives on the topic during a one-week seminar with excursions at the Swedish Research Institute in Istanbul, November 1-7, 2014. We welcome submissions from different areas of research, such as the Ancient, Byzantine and Ottoman eras, art history, archaeology and memory studies, studies in the religious, cultural and political relations, as well as the topography, landscape and environment history of Eastern Europe, the Mediterranean and the Middle East.

Applicants should submit abstracts of no more than 500 words to nbneidolon@gmail.com no later than Friday, May 15, 2014, together with a CV and a few lines about their interest in the topic, from a subject specific as well as from an interdisciplinary point of view. For those who are accepted, the stay in Istanbul, the excursions and most meals will be arranged and paid for by the seminar. In addition to this, we may consider reimbursing the cost of travel to and from Istanbul for a strictly limited number of applicants (those who wish to be considered for such travel funding should specify it in their application and explain why other sources are not available). 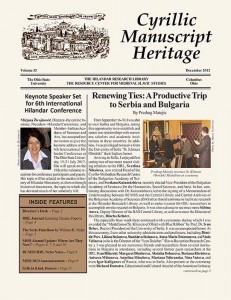