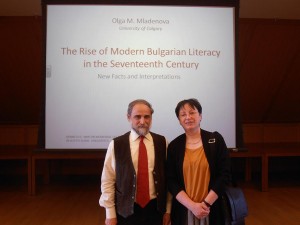 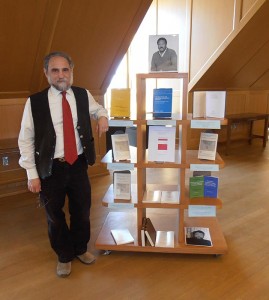 History of the Book Lecture

Erik Kwakkel is Associate Professor in medieval paleography at Leiden University, The Netherlands. He held appointments at the Universities of Amsterdam, Vancouver (UBC) and Victoria (UVic) before coming to Leiden as principal investigator of the research project ‘Turning Over a New Leaf: Manuscript Innovation in the Twelfth-Century Renaissance’. Among his publications are articles and book chapters on a variety of manuscript-related topics, as well as monographs and edited volumes on Carthusian book production (2002), medieval Bible culture (2007), change and development in the medieval book (2012), and medieval authorship (2012). Erik Kwakkel will be the holder of the 2014 E.A. Lowe Lectureship in Paleography at Corpus Christi College, Oxford. In 2012 he was appointed to The Young Academy of The Royal Netherlands Academy of Arts and Sciences (KNAW).

“From Scrap to Book: The Use of Parchment Offcuts in Manuscript Culture”
Technological changes in the later Middle Ages provided scribes and patrons with increased opportunities to reduce the cost of the manuscript they made or acquired. This lecture draws attention to a cheap kind of writing support, not discussed as such in present scholarship of the medieval book. It shows how small strips of discarded parchment from the edge of the skin became used as writing material, not only for short notes and letters, but also for full manuscripts. To make this case, the lecture will discuss references to such scraps in primary sources and introduce the tell-tale deficiencies on the medieval page that reveal that off-cuts were used. Ultimately it is shown that the tendency for books to become cheaper near the later Middle Ages predates the age of print.