In his Oral History interview, John Glenn talk’s about NASA’s initial trepidation over an astronaut carrying a camera into the shuttle with him. It was their fear that a camera would pose too much of a distraction from the mandatory procedures and responsibilities of conducting a successful flight. Just weeks before the flight was to take place, however, Glenn was able to convince the Program Director of the benefits to having photographic record from this first orbital flight.

Click here to read the excerpt from his Oral History interview.

Thanks to Glenn’s persistence, below are photographs from his historic trip. Slides 7-9 offer a sequence of images capturing the sunset during Glenn’s third orbit and distinctly illustrate the thin layer of Earth’s atmosphere against the black backdrop of outer space.

Camera | This Minolta Hi-Matic 35mm camera is identical to the one used by John Glenn on his orbital space flight. The Minolta Company and Japan’s National Space Development Agency presented the camera to Glenn in May 2000. Glenn’s original camera was donated to the Smithsonian Institution when NASA transferred the Friendship 7 spacecraft to the National Air Museum on February 20, 1963. 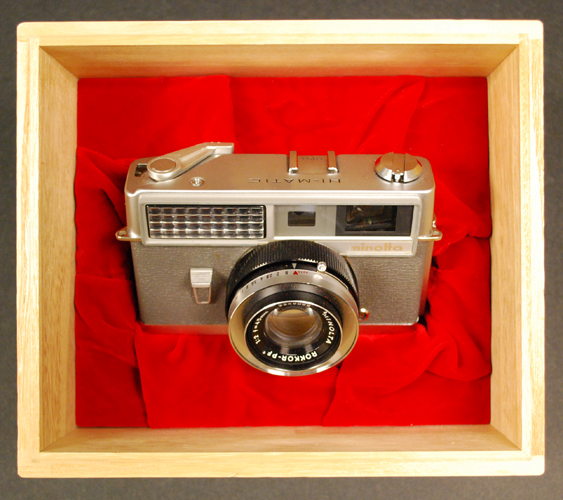