East Asian Studies (EAS) at the Ohio State University Libraries (OSUL) is pleased to announce that we have received a donation of more than 60 manga titles from Nova Southeastern University!

Included in the donation are many classic and influential series from the ’80s, ’90s, and ’00s. Famous manga artists such as Akira Toriyama, Masakazu Katsura, CLAMP, and Tsukasa Hōjō are just a few of the names that can be found in the collection. The manga donation includes both shōjo manga (少女漫画; translation: girls’ comics) and shōnen manga (少年漫画; translation: boys’ comics) and covers a wide variety of genres.

Here are just some of the most influential series along with brief summaries: 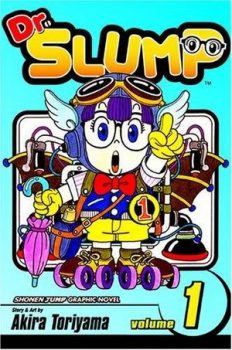 Dr. Slump (1980-1984) is a classic gag manga by world-renowned manga artist Akira Toriyama (Dragon Ball, Dragon Quest).  The sci-fi comedy stars Arale, a robot girl invented by the eccentric Dr. Norimaki, and explores her unpredictable daily life in Penguin village. The colorful cast of character includes Arale’s beautiful teacher Midori, her friends Akane and Peasuke, and the naive cherub Gatchan. The hit manga was awarded the Shogakukan award for shōjo and shōnen in 1981 and was later adapted into two television series and eleven movies. The television series was widely viewed, with one episode scoring the third highest rating for an anime of all-time. 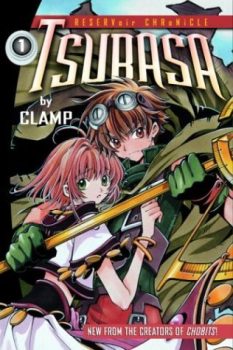 Tsubasa (2003-2009) is a fantasy adventure manga written by the famous all-female manga artist group “CLAMP.” The group consists of four members; Nanase Okawa, Satsuki Igarashi, Tsubaki Nekoi, and Mokona. Tsubasa follows Shaoran, a boy on an adventure to save his childhood friend Sakura, who has the ability to move across parallel dimensions. Many of the worlds explored in Tsubasa tie into other works by CLAMP, creating a shared universe. Although there are a number of Easter eggs and hidden references for longtime CLAMP fans, the series can be enjoyed by new readers and die-hard CLAMP fans alike. 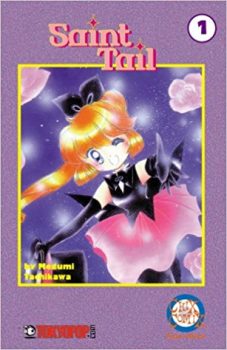 Saint Tail (1994-1996) is a mahou shoujo (魔法 少女; translation: magical girl) manga that came about during the mahou shoujo boom that occurred in the ’90s following the success of Sailor Moon. Other mahou shoujo series from the era include Card Captor Sakura, Kamikaze Kaito Jeane, and Wedding Peach.  What makes Saint Tail different from other mahou shoujo is that she doesn’t actually use magic; instead, she uses stage magic she learned from her illusionist father and her uncanny athletic ability to pull off grand heists. Although she only steals to help innocent victims, she must constantly evade the police, who only see her as a thief. 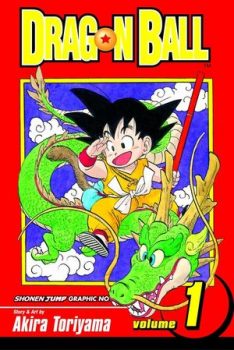 Dragon Ball is one of the most well-known and influential manga in the world and has sold over 156 million copies in Japan and over 240 million copies around the world. The original manga author, Akira Toriyama, created a unique world with a huge cast of memorable characters. The story is loosely based on the Chinese story, Journey to the West, and introduces a boy named Son Goku and his team as they set off to collect the seven magic dragon balls. When the balls are all brought together, a dragon is summoned and grants the user one wish. Dragon Ball defined the modern shōnen genre and still serves as a source of inspiration to many present-day manga artists with its charm, wit, and wild martial arts battles.

Cat’s eye (1981 – 1984) is the hit manga that launched the career of manga artist Tsukasa Houjo, who would later go on to create other classic manga such as City Hunter and Angel Heart. Cat’s Eye is the story of three beautiful sisters who are secretly art thieves, stealing works that belonged to their father, a famous art collector. Thieves by night, baristas by day, they run a coffee shop called “Cat’s Eye” as a cover to hide from the police. Much of the series revolves around the cat-and-mouse chase between the police and the sisters. Complicating matters is the relationship that develops between a police detective and one of the sisters. 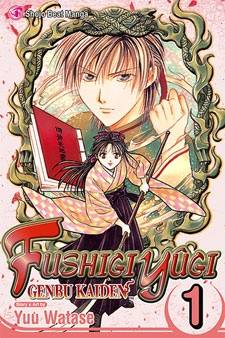 Fushigi yūgi (1992-1996) is a fantasy shoujo manga that was Yuu Watase’s big break, and she would go on to write many more famous manga throughout the ’90s and ’00s, including Ayashi no Ceres, Zettai Kareshi, and Alice 19th. Fushigi Yugi follows Miaka, a teenage girl who is pulled into an alternate world inside a book. There, she meets seven Celestial Warriors and together, they work to summon the god Suzaku, who can fix the crumbling world inside the book and return Miaka back home. Fushigi Yugi is a classic example of a current trend in manga and light novels: the isekai story. Isekai (異世界; literally “another world”) stories are follow characters who are transported to another fantasy world in the same vein as The Never-ending Story or Alice in Wonderland. 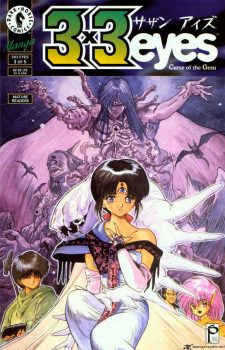 3 x 3 Eyes (1987-2002) is a long running-manga, spanning 40 volumes, that won the Kodansha Manga award and was later adapted into two short anime miniseries. The story begins with an everyday teenage boy, Yakumo, who one day saves saves a young girl, Pai, from a thief. Later, Yakumo discovers that Pai is from an ancient race of 3-eyed beings, and inadvertently dies rescuing her from demons sent to capture her. Pai ultimately revives him, but as a result, his soul is inextricably tied to hers. Together, they set out on an adventure to become human. 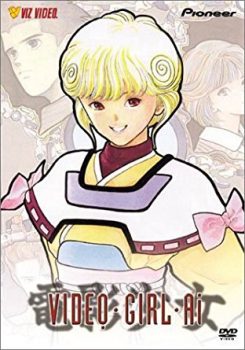 The Video Girl series (1989-1992) is actually two series, Video Girl Ai and Video Girl Len, that were originally written by Masakazu Katsura. The manga is a science-fiction romantic comedy about Yōta, an unpopular boy who stumbles upon from a mysterious rental store and borrows a videotape featuring a pretty girl on the cover, the eponymous Ai. As he begins to watch the video, much to his surprise, the girl on the screen beings to crawl out of the television! The series follows the couple as Yōta helps Ai adjusts to her new world and flee from her creators, who view her as a defect and set out to destroy her.

The manga listed here are just a few of the titles donated. Readers can view more titles of the donation here.

To explore other manga in EAS at OSUL’s collection, please use the search function here.