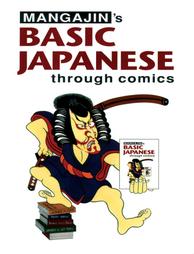 Mangajin was an innovative magazine using manga to help learners of the Japanese language achieve fluency in reading and speaking Japanese. Edited by Vaughan P. Simmons, it was published from Atlanta, GA from June 1990 (volume 1, no. 1) to December 1997 (Number 70). The Ohio State University Libraries has complete copies both in the Cartoon Research Library (non-circulating) and in the Book Depository: DS820.8 .M36

For holdings in other libraries, see Worldcat

Click on an issue number to view it's contents. Please note this page is still under construction.

Calvin and Hobbes: An American comic following a boy and his imaginary tiger, by Bill Watterson

Chinmoku no Kantai by Kawaguchi Kaiji

Far Side, The: An American comic featuring anthropomorphic humor, by Gary Larson

Phoenix, The: A man travels to China to see the legendary bird, by Tezuka Osamu