A native of North Carolina, Norman Jennett contributed his first cartoon to the Raleigh News Observer in 1895. He became widely known as a political cartoonist in North Carolina in the 1890s, satirizing state politics in particular. He moved to New York city to attend art school, studying at the National Academy of Design and the William Chase School of Art, and selling his work to various magazines and newspapers, including Life, the Evening Journal and the New York Herald. He continued to contribute political cartoons to North Carolina newspapers, occasionally returning to cover important events.

He was hired by the New York Herald in 1901 and worked there until 1917, leaving to become art director at Aerial Age and later Flying magazine. Eventually he became art director at McFadden Publications, retiring in 1939 to paint in oil and watercolors. The Monkeyshines of Marseleen displays Jennett’s inherent sense of design and pattern; the comic panels frequently take on the apppearance of a geometric grid that braces the elaborate decorations. 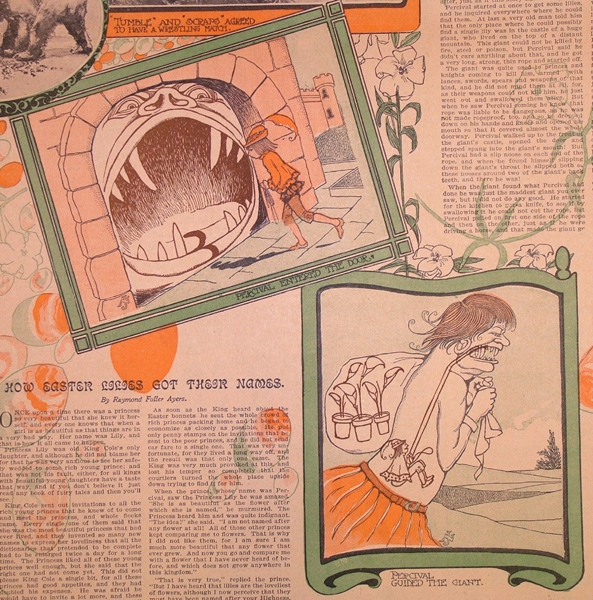