Victor Schramm was a contributor to Lothar Meggendorfer’s Meggendorfer Blätter during the 1890s in Munich, Germany. He was one of several German artists recruited to draw cartoons for the Chicago Tribune Sunday comic section during 1906-1907. His Karl and Fritz, with its fine rendering and detailed backgrounds, displays many aspects of German city life at the turn of the century. 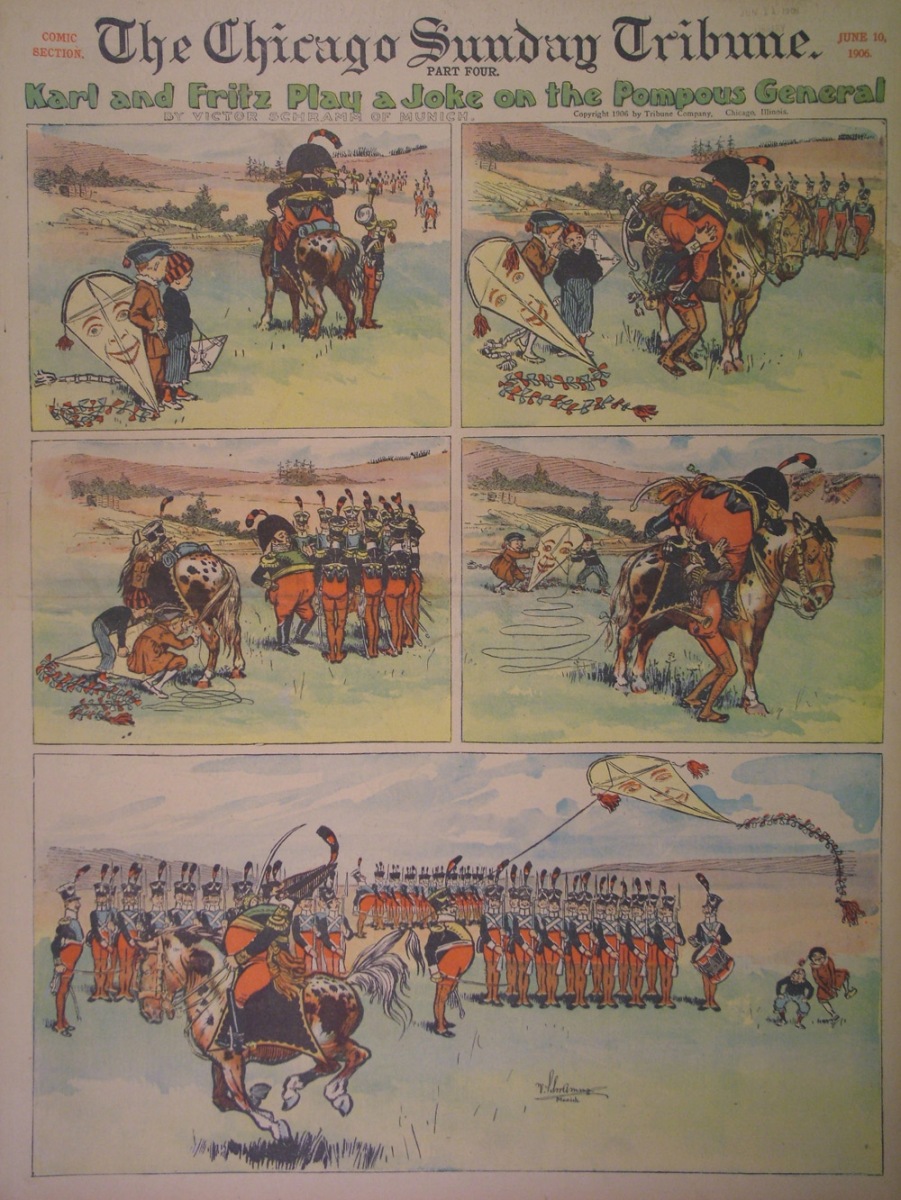