DeVoss Woodward Driscoll was born in Nosha Falls, Kansas. He worked at several large newspapers, drawing cartoons and writing features and humorous verse. For several months in 1904 and 1905, he drew nearly all of the comic strips for the St. Louis Globe-Democrat Sunday comic section. 13 different comics are credited to him during this short period, including Hungry Hal, The Chubbies, Jack of All Jobs, If Papa Was a Boy, Mother Goose in a New Dress, and Der Kidders und der Colonel. Though the quality of his work varied widely from one comic strip to another, feature such as The Chubbies and Hungry Hal show that he was capable of imaginative full-page layouts and finely detailed work. Woodward left newspapers to work as an advertising copy writer for National Cash Register in Dayton, Ohio, and later became manager of the Pyramid Film Company. 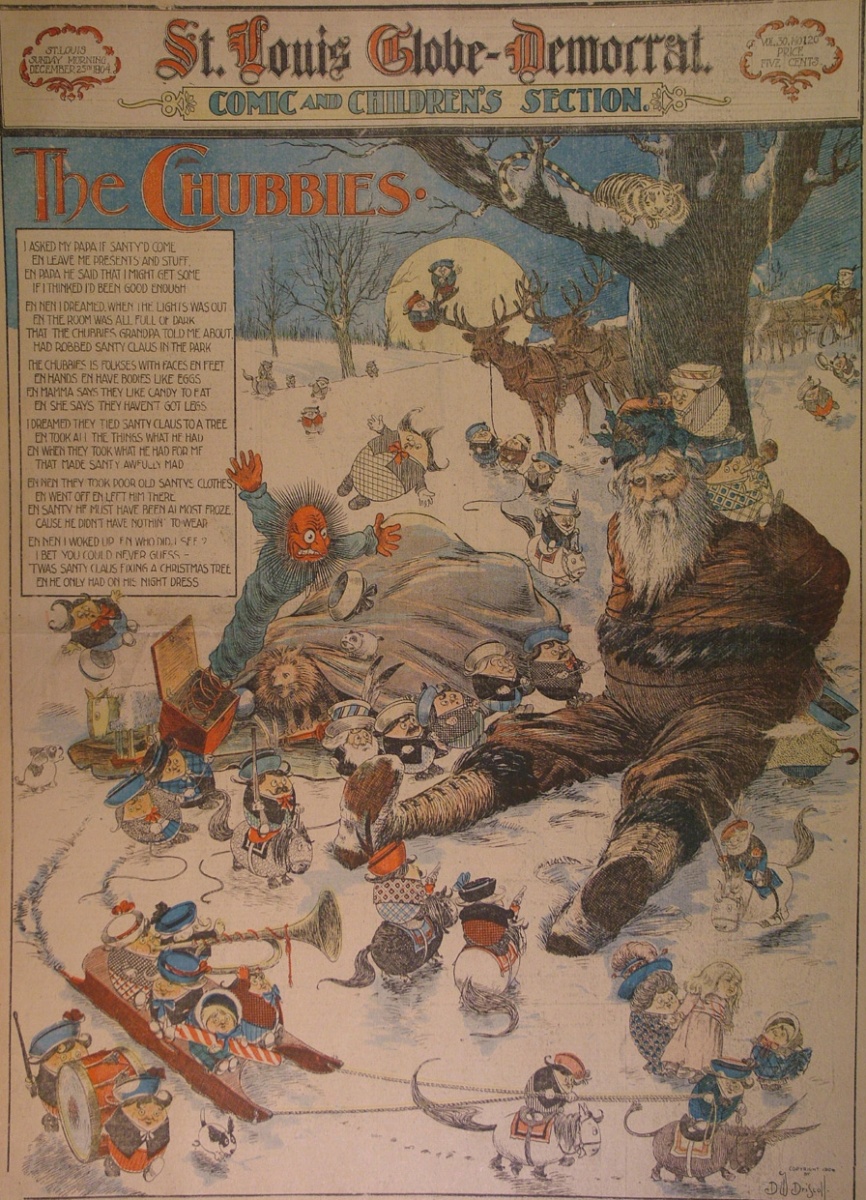