Born in Bohemia, Karl Pommerhanz began his career as a painter in Prague. In 1886, he began working at the Fliegende Blätter, a German cartoon magazine. His cartoons for the Chicago Tribune in 1906 and 1907 have a striking linear quality. The expertly modulated lines of the figures convey both weight and motion, propelling the characters into humorous entanglements and collisions. 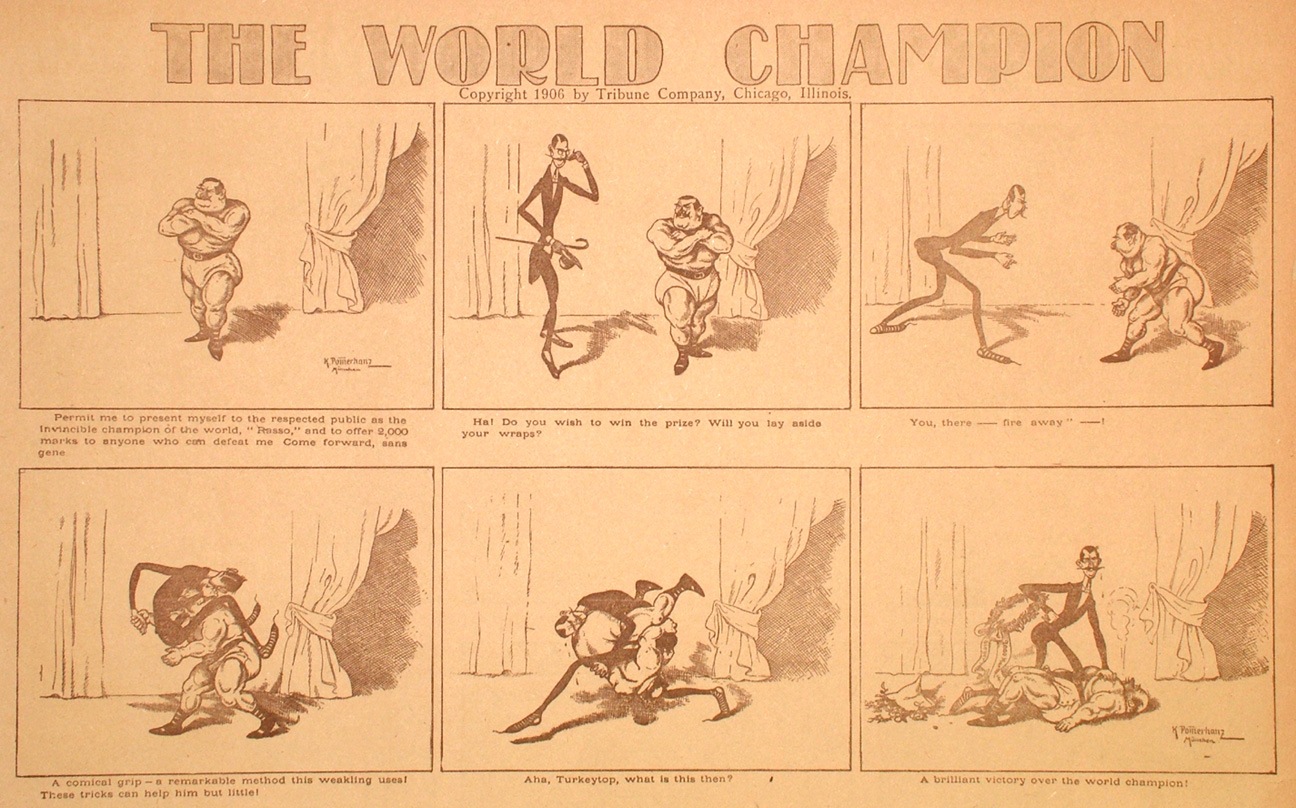