Thomas Nast “invented” the image popularly recognized as Santa Claus. Nast first drew Santa Claus for the 1862 Christmas season Harper’s Weekly cover and center-fold illustration to memorialize the family sacrifices of the Union during the early and, for the north, darkest days of the Civil War. Nast’s Santa appeared as a kindly figure representing Christmas, the holiday celebrating the birth of Christ. His use of Santa Claus was melancholy, sad for the faltering Union war effort in which Nast so fervently believed, and sad for the separation of soldiers and families. When Nast created his image of Santa Claus he was drawing on his native German tradition of Saint Nicholas, a fourth century bishop known for his kindness and generosity. In the German Christian tradition December 6 was (and is) Saint Nicholas day, a festival day honoring Saint Nicholas and a day of gift giving. Nast combined this tradition of Saint Nicholas with other German folk traditions of elves to draw his Santa in 1862. The claim that Nast “invented” Santa Claus in 1862 is thus accurate, but the assertion overlooks the centuries-long antecedents to his invention.Santa Claus thrived thereafter in American culture both Christian and secular. During the Civil War, Christmas was a traditional festival celebration in the United States, although not yet a holiday. In Nast’s time Christmas was not a day when offices or factories closed; but the development of Christmas as a holiday and the use of Santa Claus as a secular symbol of gift giving removed from its Christian antecedents occurred during Nast’s lifetime. The modern American celebration of Christmas, with its commercialized gift exchanges, developed in cities, led by New York, after 1880. Nast’s images of Santa Claus were so popular that they were collected and reprinted in a book published in 1890. 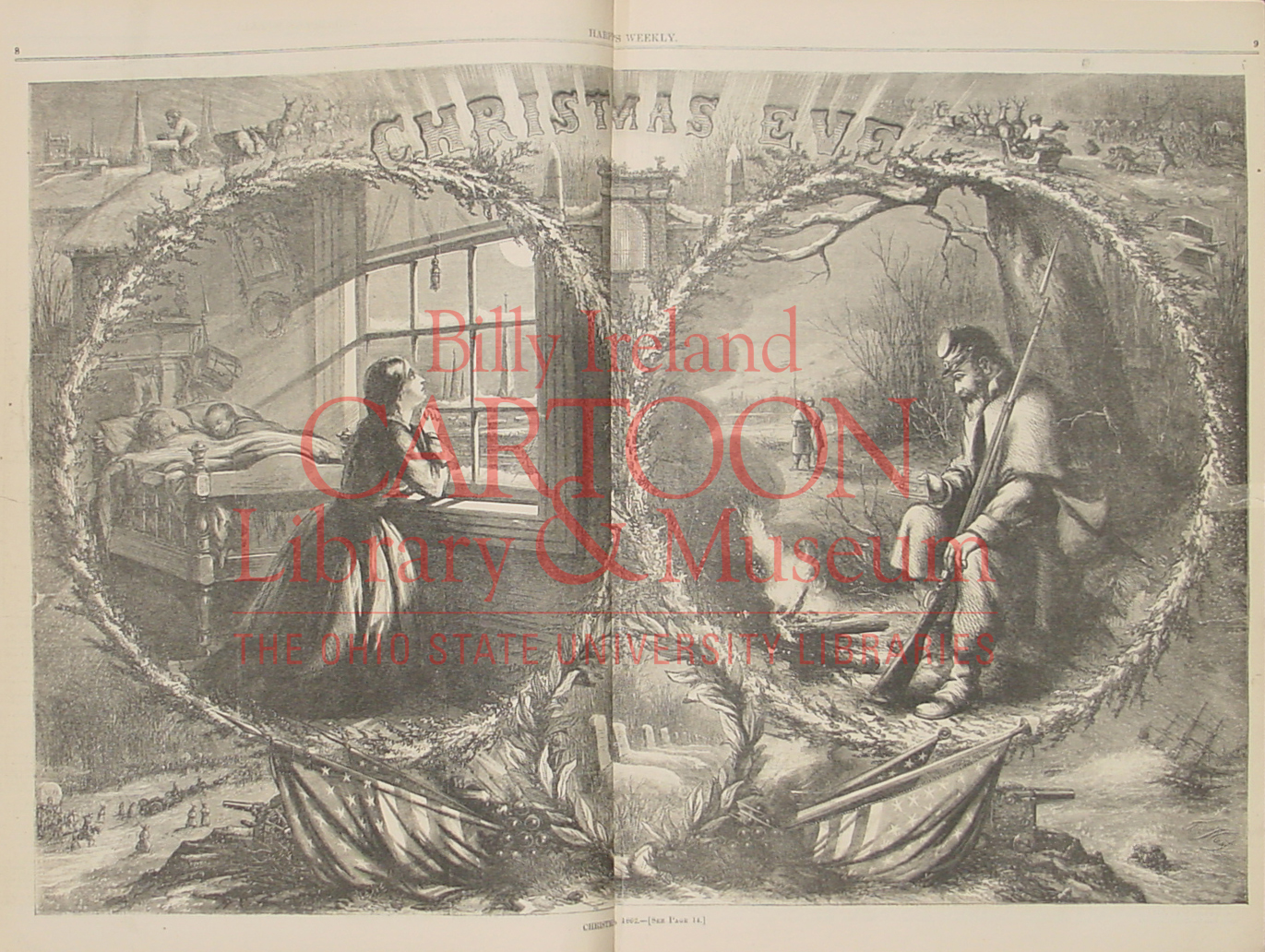