The report that Confederate President Jefferson Davis was apprehended at the close of the Civil War attempting to flee in a dress captured the imagination of many 19th-century cartoonists. In his autobiography, Davis claimed that he had mistakenly picked up his wife’s coat, and that she had given him a shawl to wear, which was not an uncommon article of clothing for a man at the time.

Cartoon versions of this story mocking Davis were produced and distributed as lithographs, collectible cards known as “cartes de visite,” and even magic lantern slides, intended to be projected on a screen to entertain an audience. 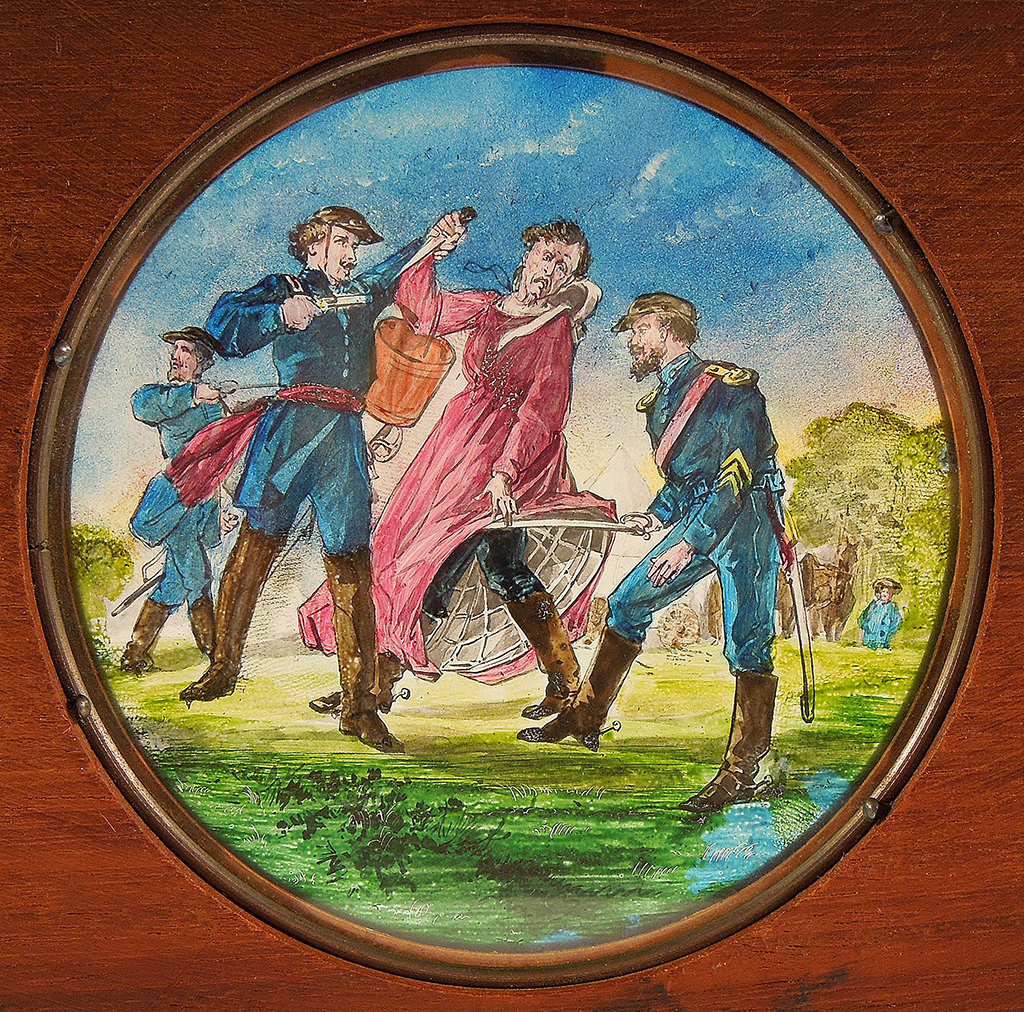 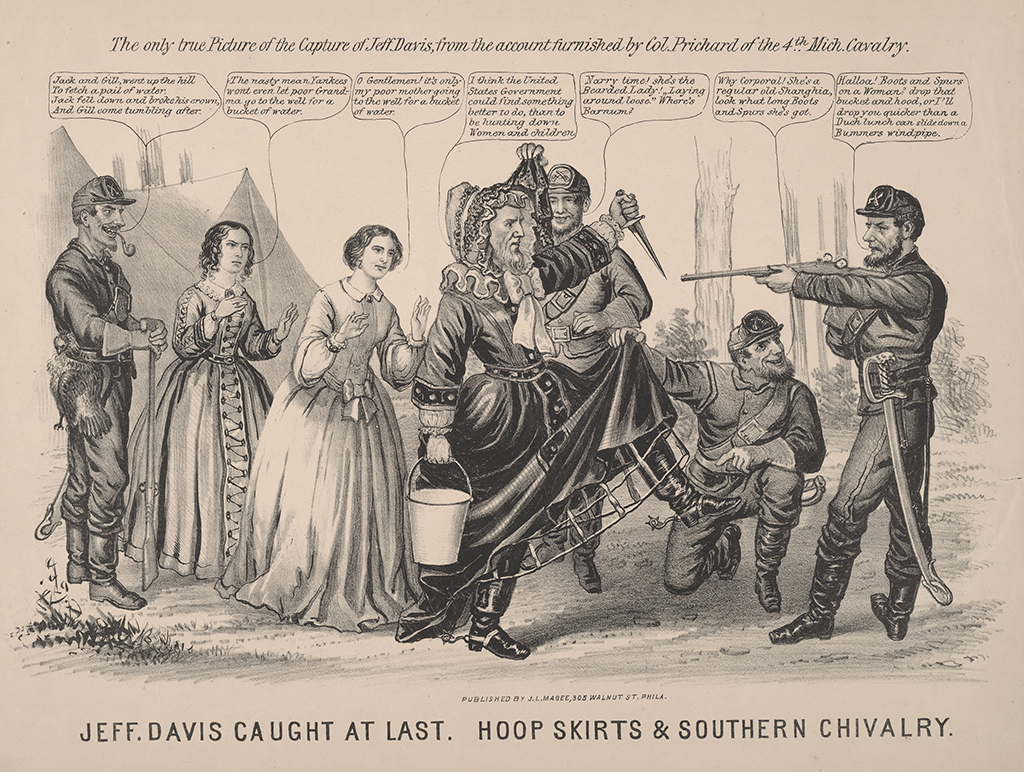 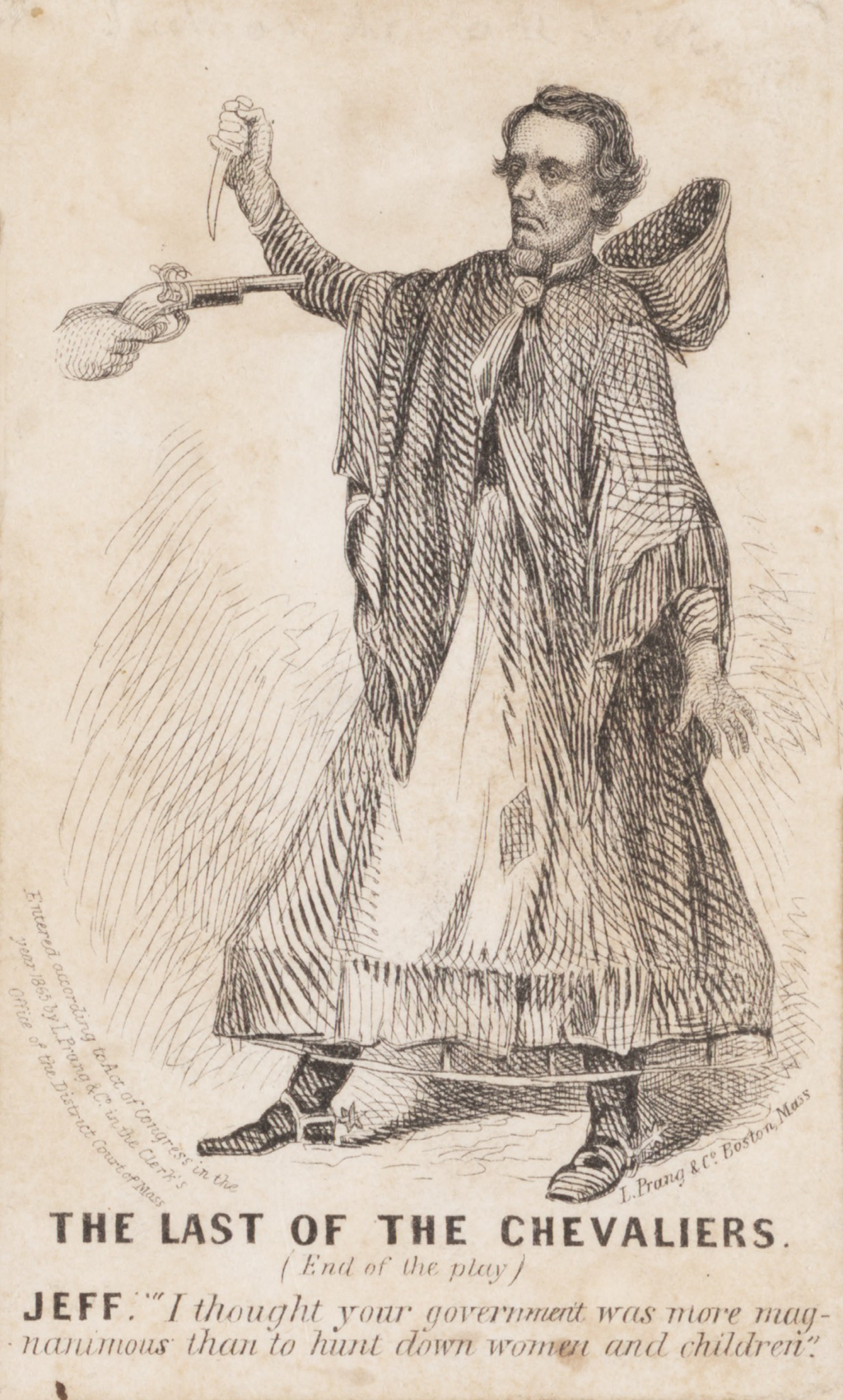 Artist unknown
The Last of the Chevaliers
1865
Boston: L. Prang and Co.
Engraving on paper
Purchased with assistance from the William J. Studer Endowment