Each page in this book, titled Sugamo Life (1948-1949), offers a glimpse into the daily life of a Japanese prisoner during the American occupation after World War II. Fumio Fujiki was an inmate at Sugamo, a prison just north of Tokyo that became an American-controlled POW camp from 1945 to 1952. During his time there, he created several volumes of short comics detailing the daily life of “P-ko,” an everyman inmate, through humor, frustration, and the mundane. These glimpses of life in prison illustrate the complex relationships between prisoners and guards, the injustices that pervaded prison life, and the infusion of American language and culture into the lives of Japanese POWs. 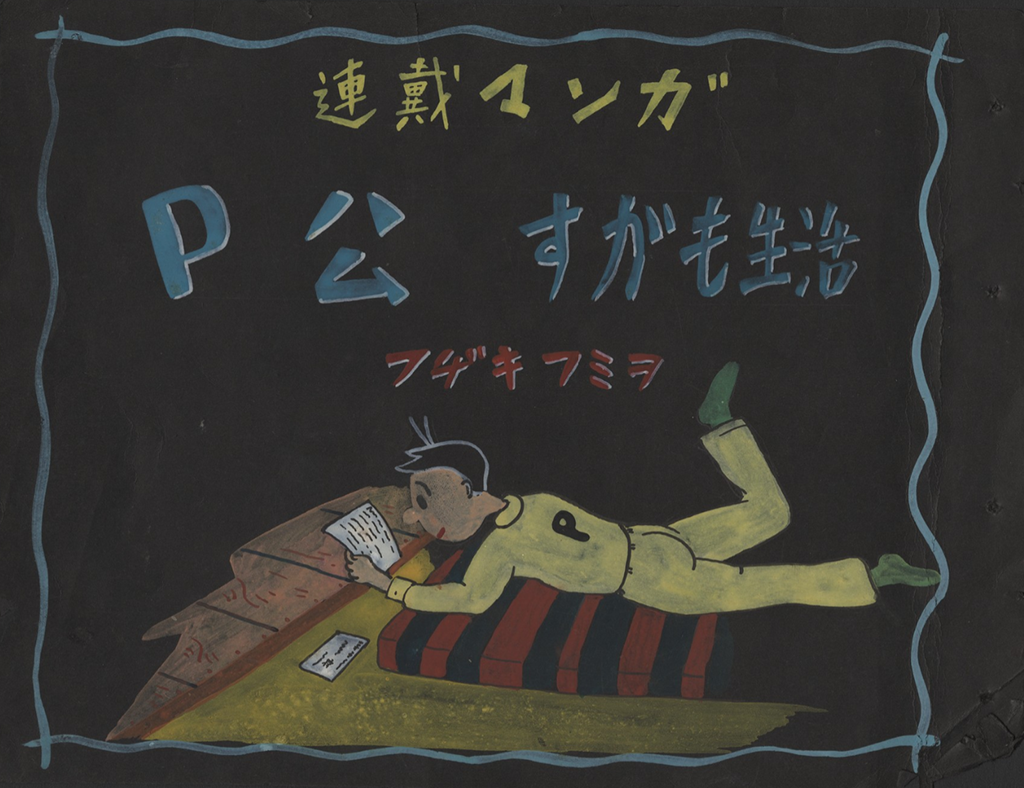 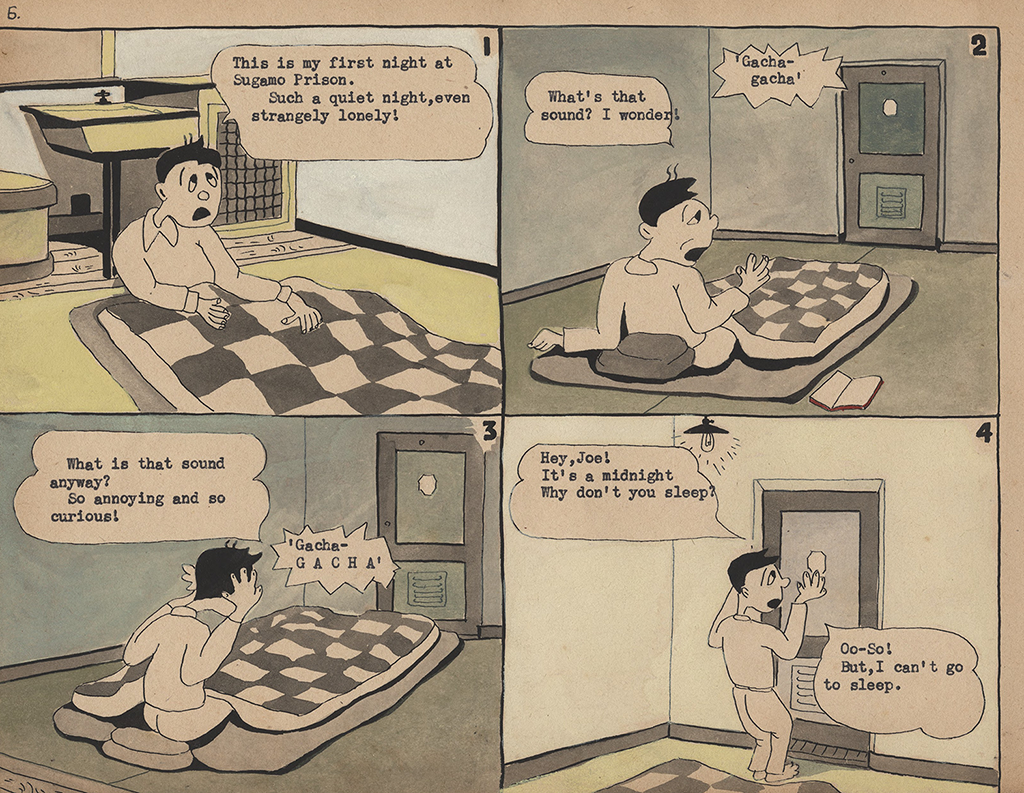 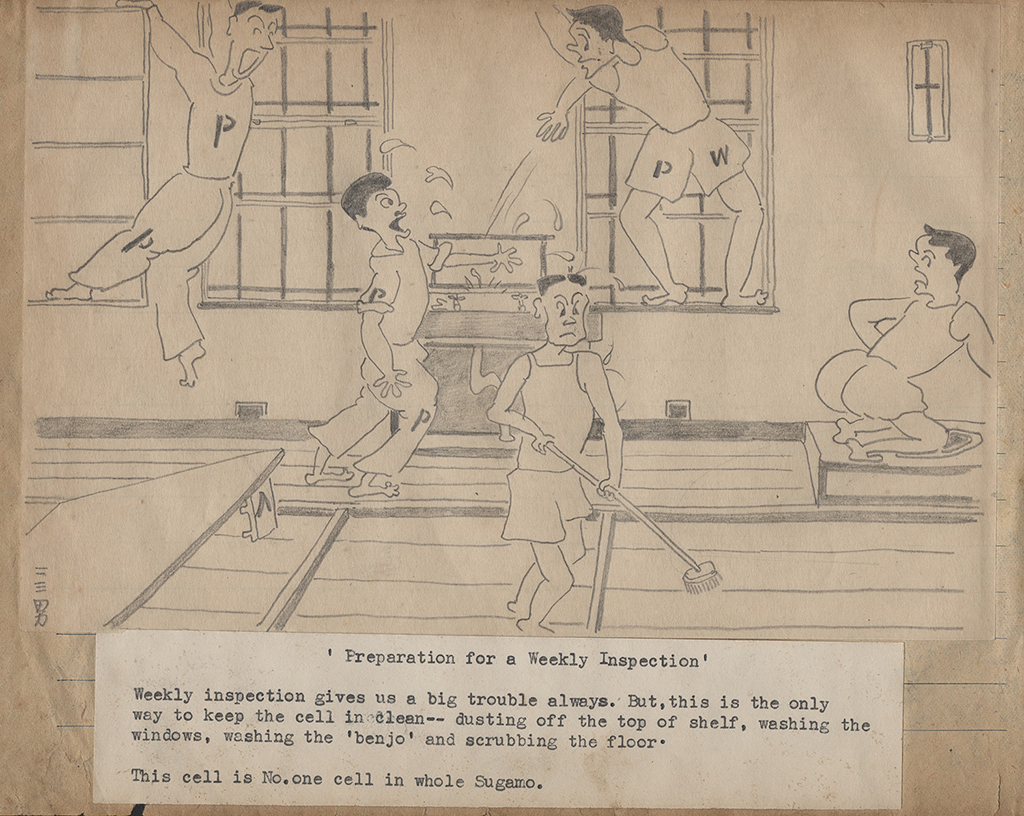 In an alternative view of post-war life in Japan, this untitled and incomplete 1945 comic by Osamu Tezuka shows an interaction between a Japanese man and his son as they polish the shoes of American soldiers. Manga means “comic,” and Tezuka (1928-1989) is known as the “godfather of manga.” He wrote over 700 volumes of manga and also worked as an animator. His influence on Japanese comics and animation is comparable to Walt Disney’s in the US. In this strip, a boy expresses exasperation; his classmates have been calling him names because of his demeaning work. The boy’s father has a more complacent perspective. “We’re working for American soldiers,” he replies. “Just think about becoming the best shoe polisher in all Japan!” 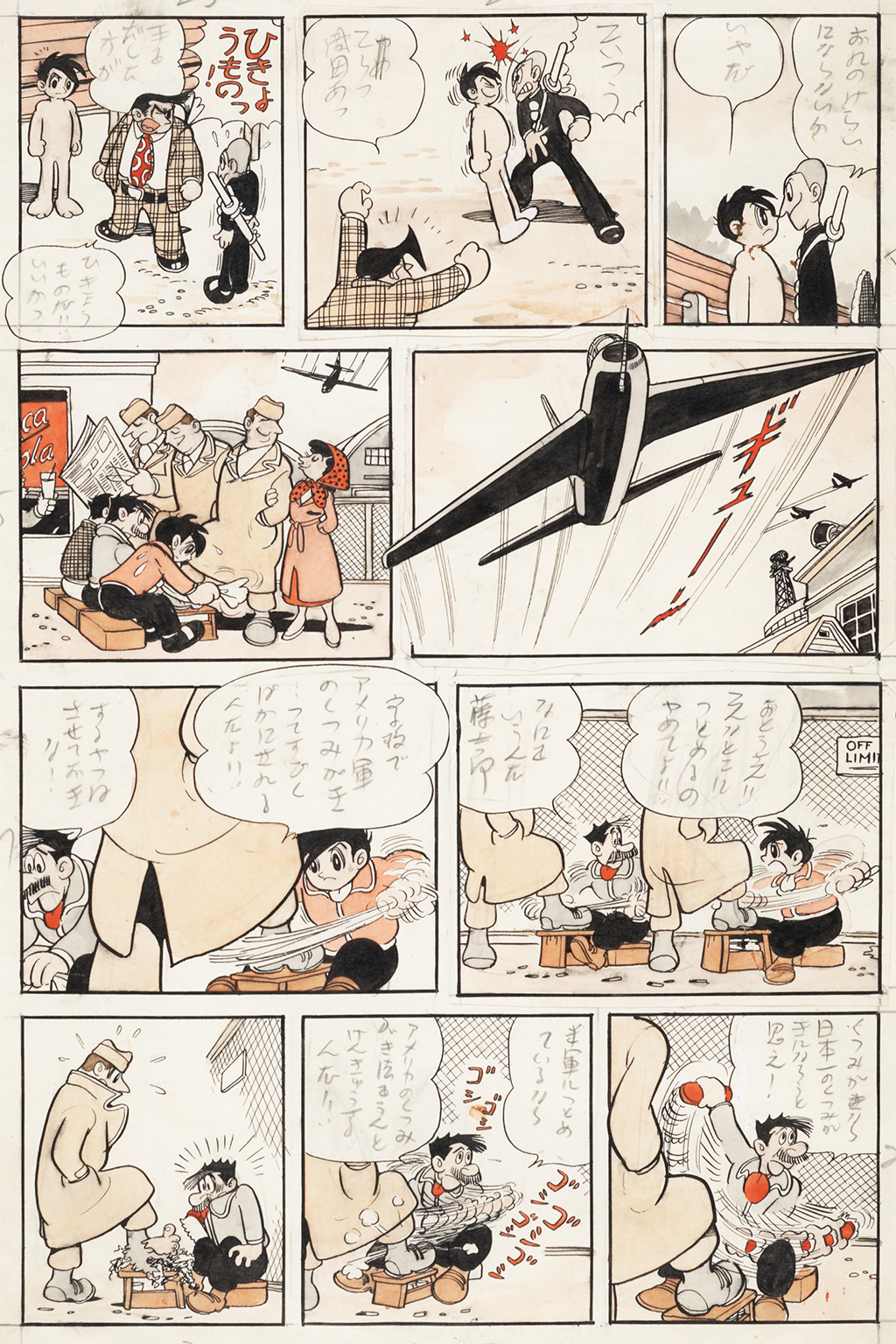