26. Mickey and the Pirates

In 1971, a group of cartoonists including Dan O’Neill, Bobby London, Shary Flenniken, Gary Hallgren, and Ted Richards produced two issues of Air Pirates Funnies. These artists, fueled by the radical, satirical spirit of the underground comix movement, considered all things Disney (and Mickey Mouse, in particular) to be “a symbol of conformist hypocrisy in American culture.” While living together as a collective in a San Francisco warehouse, and led by Dan O’Neill, the Air Pirates gang published comics parodying Disney characters. In these comics, Goofy, Donald Duck, and Minnie and Mickey Mouse are shown doing drugs, performing sexual acts, using graphic language, and generally acting out of character by Walt Disney standards.

On October 21, 1971, Disney filed a lawsuit against the artists, citing copyright infringement, trademark infringement, and unfair competition. Standing by his first amendment rights and claiming that parody was fair use, O’Neill continued to antagonize Disney. He lost the case and appealed to the court over and over, all while continuing to draw Disney parodies and selling them to pay for his legal fees. By 1980, after O’Neill defied court charges for nine years, Disney had accrued $190,000 in damages and $2,000,000 in legal fees, so they decided to settle the case. Disney dropped the contempt charges and promised not to enforce the judgment as long as the Pirates stopped publishing and distributing Air Pirates Funnies. In the end, the controversial images Disney tried to suppress received wide-spread attention and became collectors’ items.

To learn more about the infamous Air Pirates case, read Bob Levin’s book The Pirates and the Mouse: Disney’s War Against the Counterculture. 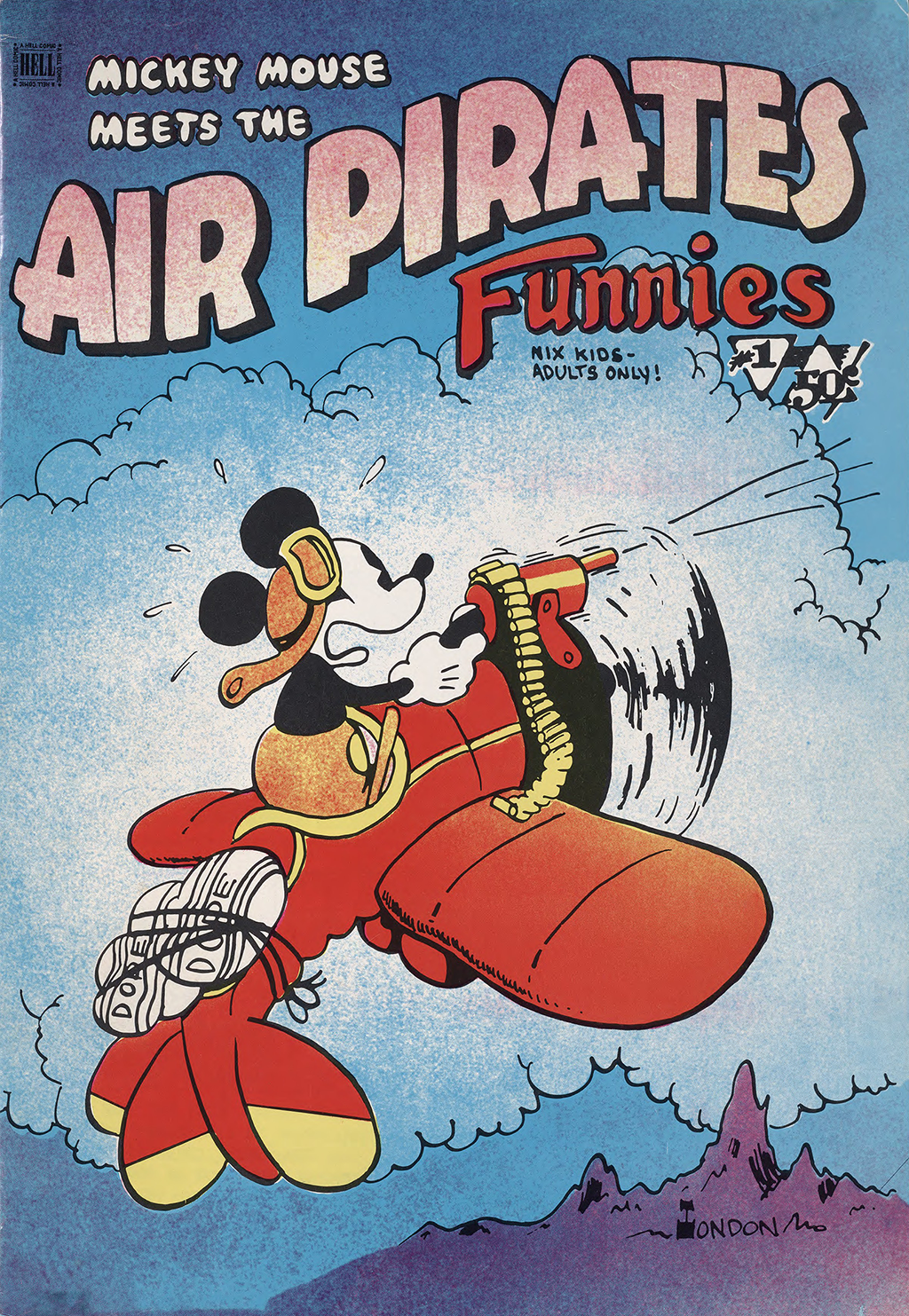