Whether viewed as propaganda or as dissemination of critical information, comics have long played a role in influencing readers’ political viewpoints. The easily approachable and digestible format of comics makes them a perfect vehicle for conveying a message, much like an illustrated instruction manual. Images can have an immediate, visceral effect on a reader that words alone cannot.

Who Killed Junior? and Abortion Eve played an influential role during the historic Roe v. Wade Supreme Court decision on the issue of abortion. Published in 1973, the year of this controversial case, Who Killed Junior? illustrates abortion procedures from the perspective of a conscious and emotive cartoon fetus, who is portrayed as a victim. It was published by the largest national pro-life organization, Right To Life (now the National Right To Life Committee), which at the time of this publication was in its first months of existence.

Abortion Eve, also published in 1973, was written by “Chin Lyvely” (Lyn Chevli) and illustrated by “Joyce Sutton” (Joyce Farmer). This comic explores the legality of abortion as well as what to expect from the experience, and is told from the perspectives of women from different backgrounds. Both Chevli and Farmer were working as birth control counselors at the Free Clinic in Laguna Beach, California, when they decided to use their own newly founded and short-lived publishing house, Nanny Goat Productions, to publish the comic.

Both Who Killed Junior? and Abortion Eve were the first stand-alone comics of their time to tackle pro-life and pro-choice viewpoints, which remain prominent in the political discourse of today. 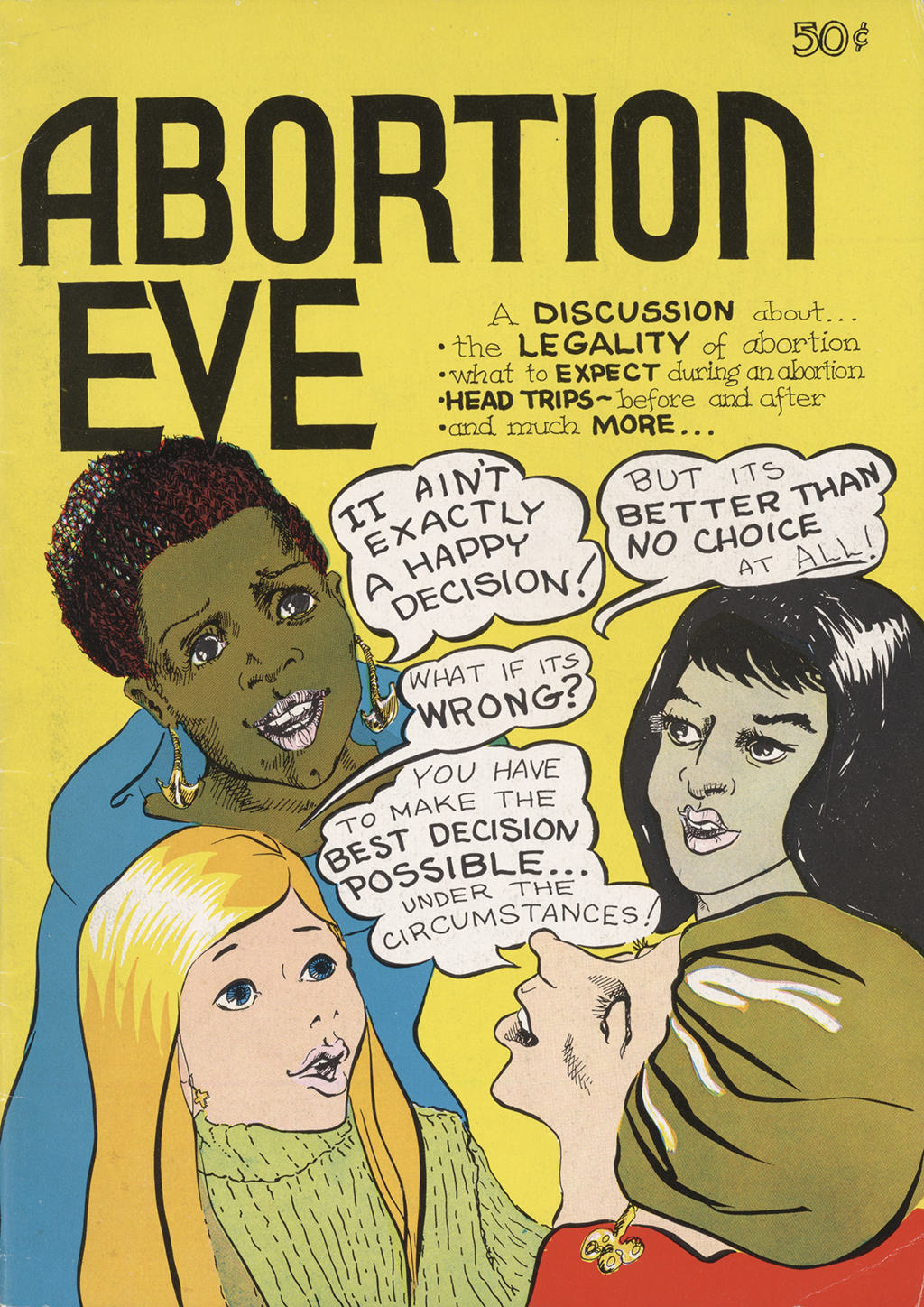 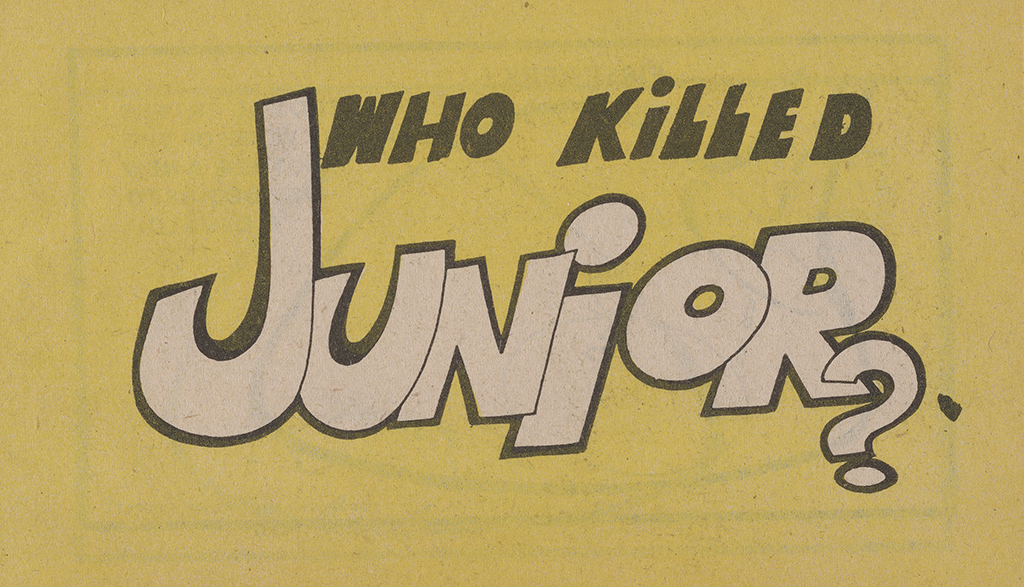