During the War of 1812, the United States Navy defeated the British Navy in the Battle of Lake Erie. Master Commandant Oliver Perry wrote to Major General William Henry Harrison, “We have met the enemy and they are ours.” Kelly’s parody of this famous battle report perfectly summarizes mankind’s tendency to create our own problems. In this case, we have only ourselves to blame for the pollution and destruction of our environment.

Kelly coined the phrase for an anti-pollution Earth Day poster in 1970 and used it again in a special comic strip created for Earth Day 1971. The saying caught the collective imagination of the public and is still used today. 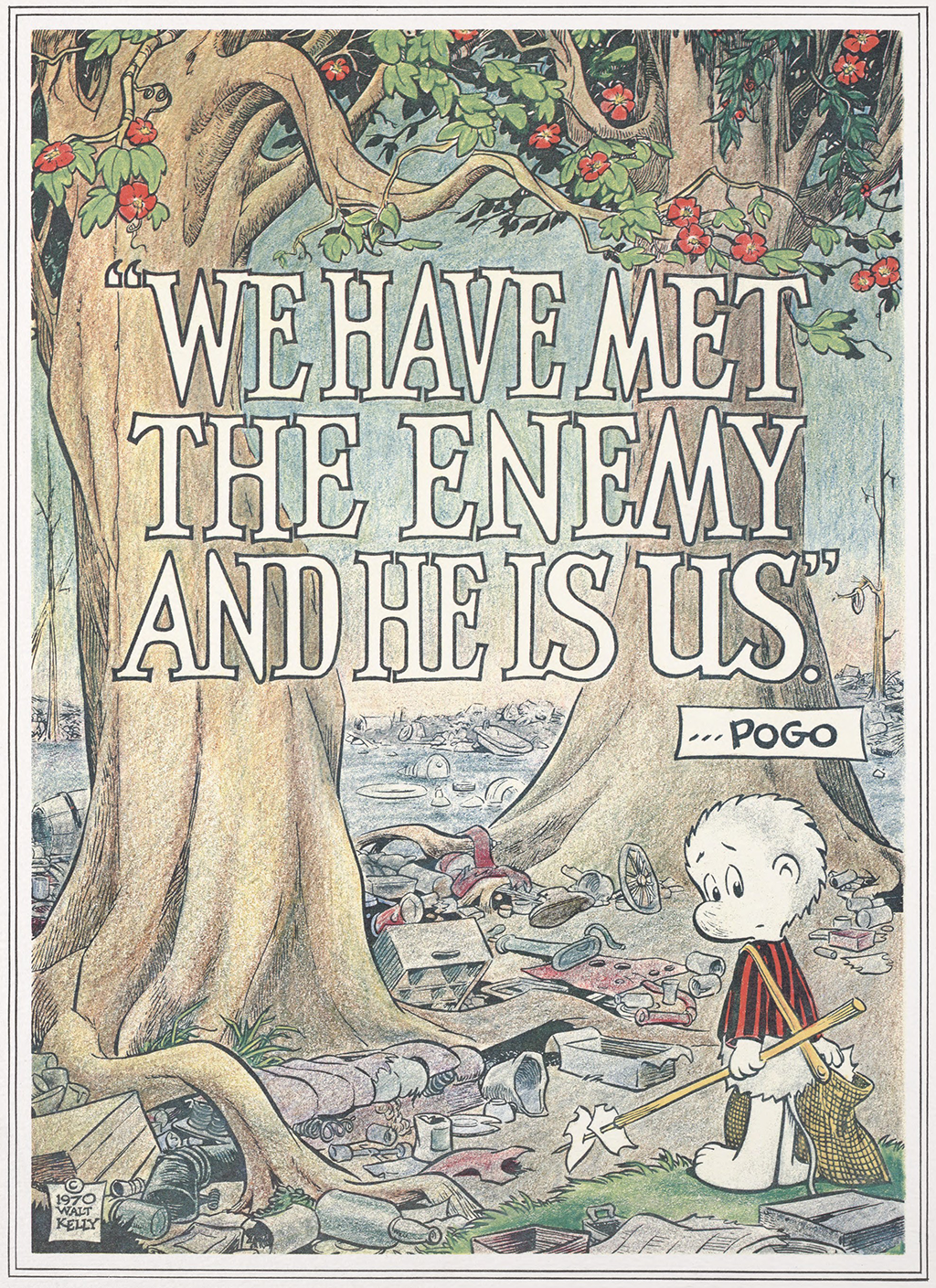 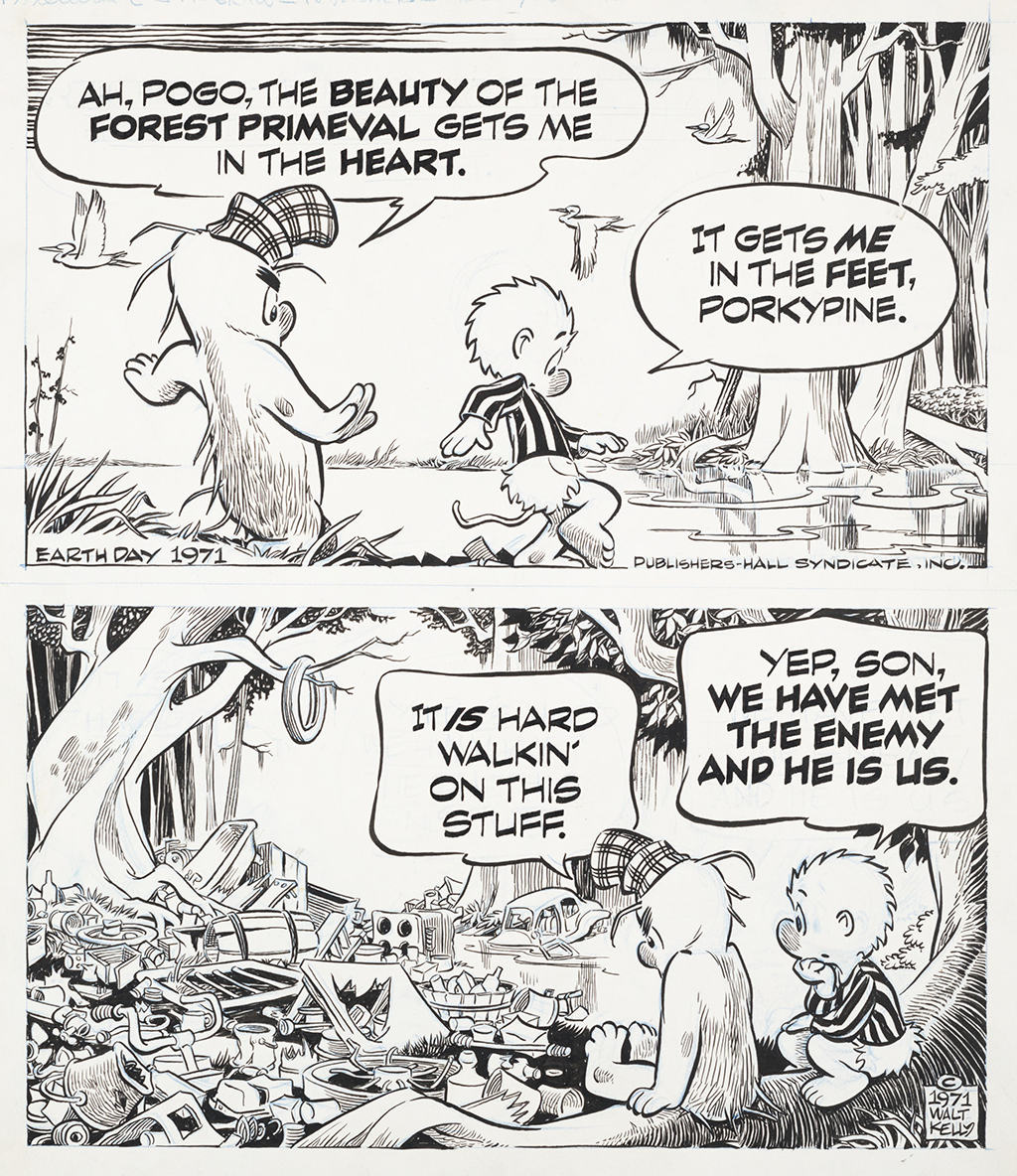