Juvenilia collections provide a fascinating look into an artist’s influence and development. These are the childhood sketchbooks of Hal Foster, Canadian-American cartoonist best known for his enduring newspaper comic feature Prince Valiant. Born in Halifax, Nova Scotia, and raised on a street near the ocean, Foster grew up drawing seascapes, boats, and lighthouses, which he would commonly feature in his later comics. At ages 9 and 11 (when these sketchbooks were filled), Foster demonstrated an early talent for realism, and postcards from the collection show that this skill was encouraged by his family members. The fragile sketchbook pages are filled with imitations of the comic strips and political cartoons that young Foster would have seen in his local newspaper, including his own versions of Rudolph Dirks’ Katzenjammer Kids. While these comics’ social commentary and meanings may have been lost on Foster’s young mind, his attempts at political cartooning were advanced and show an early attention to detail that would remain a hallmark of his style. 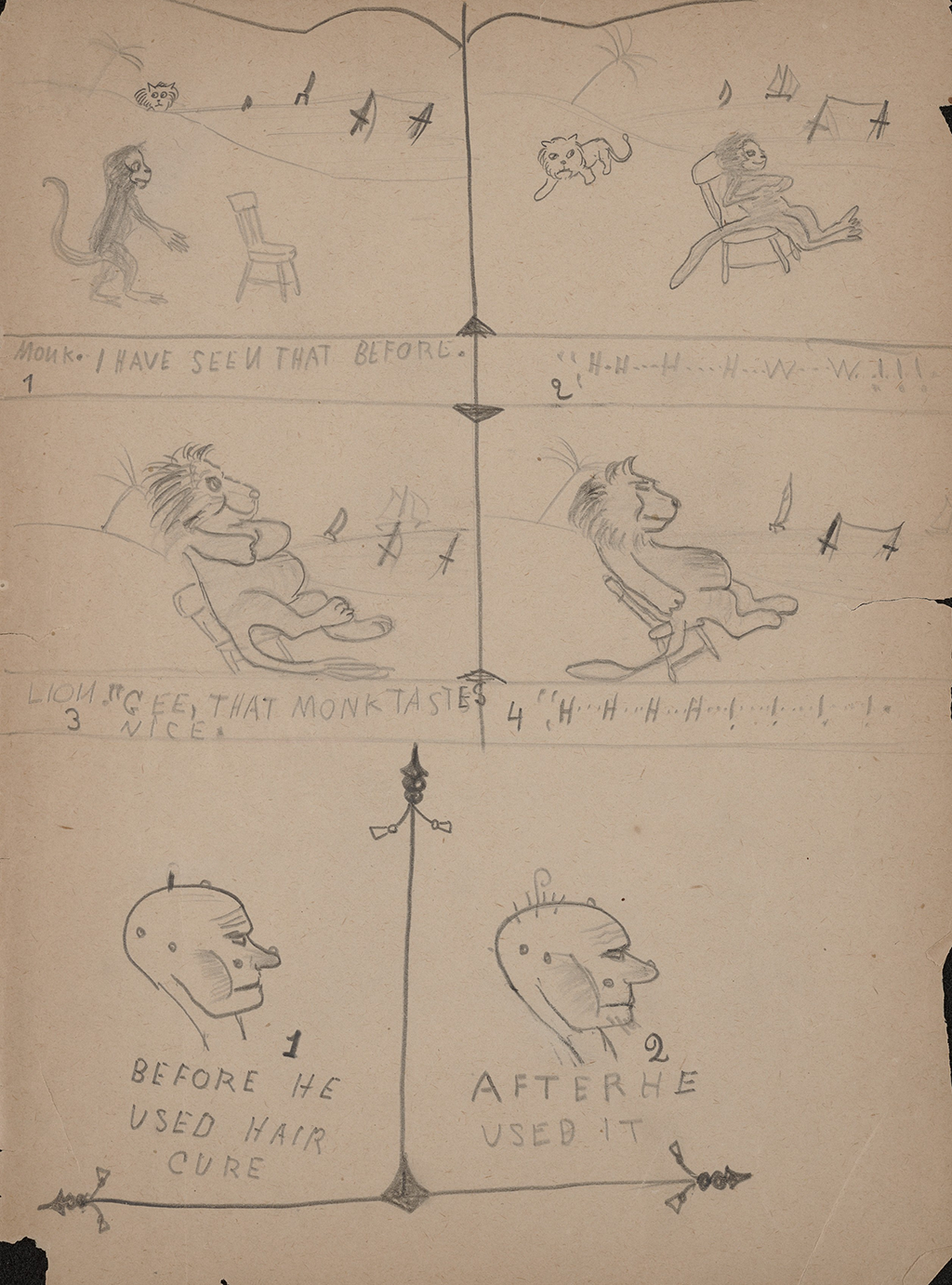 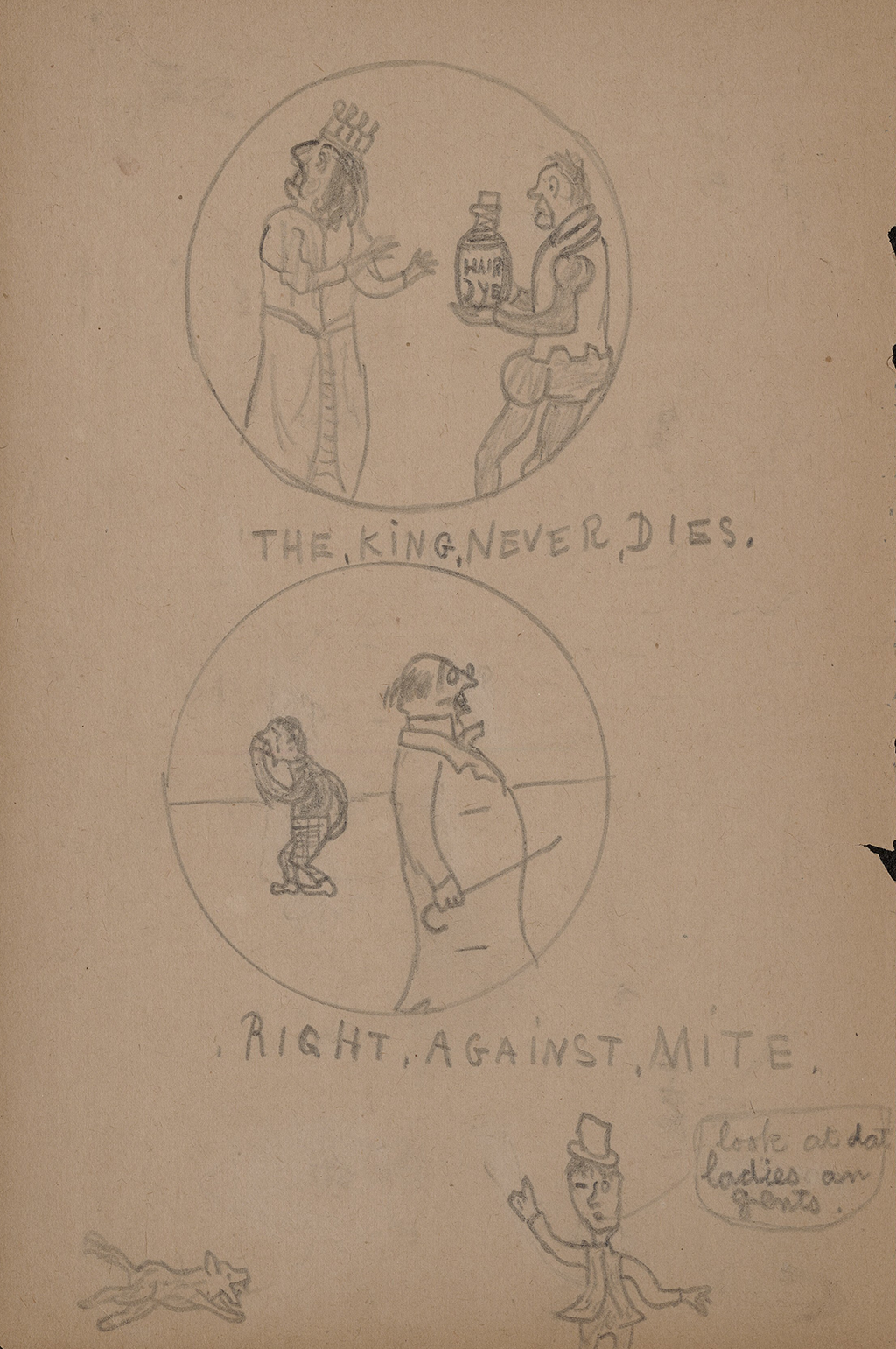