39. The Fanzines That Founded a Movement

Fanzines are amateur publications produced by and circulated throughout small fan communities of a certain sect of popular culture. Fanzines have existed since the 1930s, when they were created in response to science fiction pulp novels. Early fanzines provided a way for readers to build connections with other fans, to interview creators, to discuss plot lines and developments, and most importantly, to form a community of likeminded people.

The fanzines shown here were created in the late 1950s to early 1960s and mark a significant moment: the alignment of personalities that would eventually spearhead the underground comix movement over the coming decade. Artists like Robert Crumb, Art Spiegelman, Jay Lynch, and Skip Williamson were teenagers when they created these fanzines, exploring and sharing their dedication to publications like EC Comics, Help!, MAD magazine, and Cracked. Through letter columns, reviews, and advertisements for similar fanzines, a community was born that helped revolutionize comics. It is impossible to understate the importance these fanzines had in these artists’ lives – not only in finding their artistic voices, but through the connections that often landed them their first paid jobs as cartoonists. 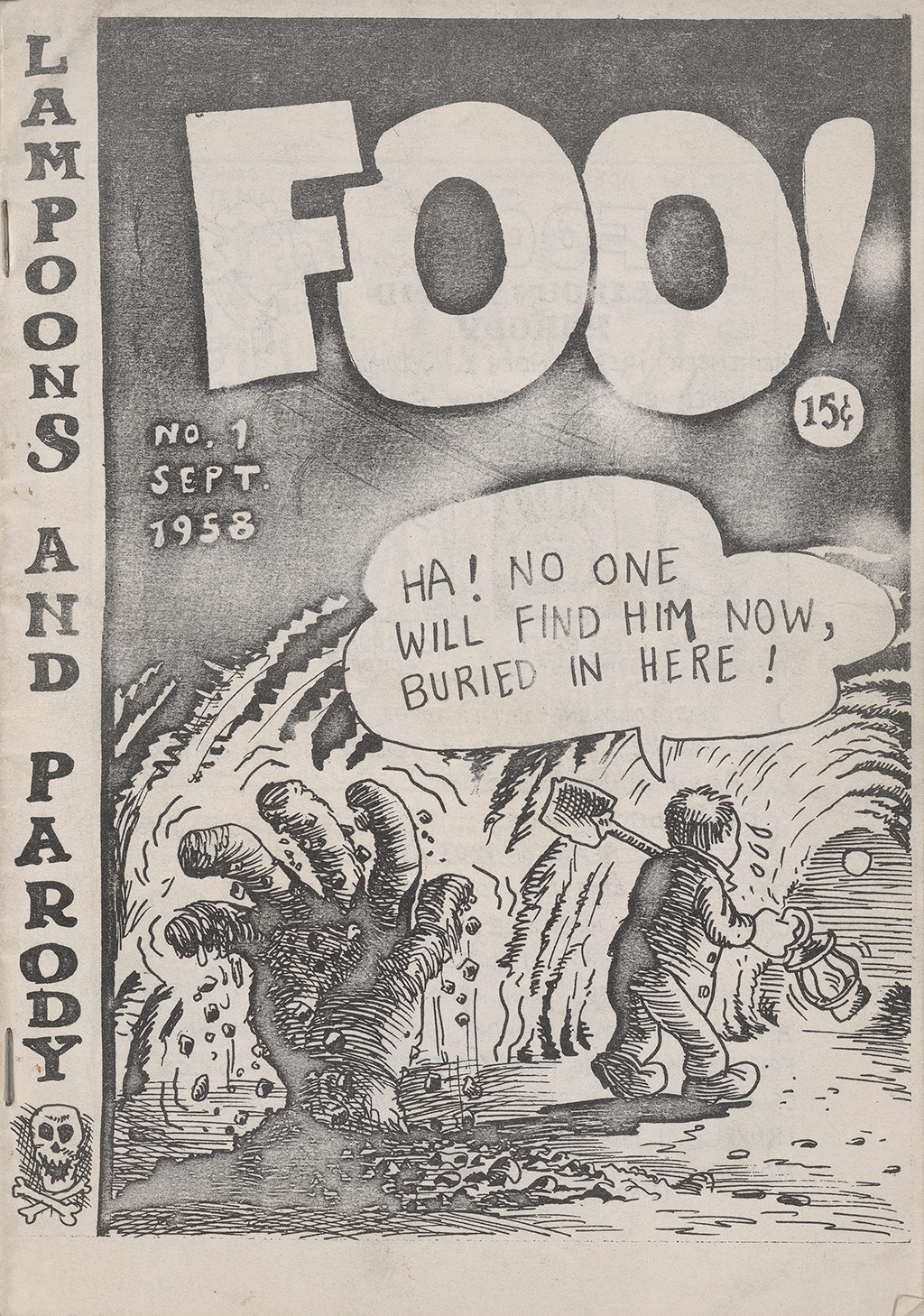 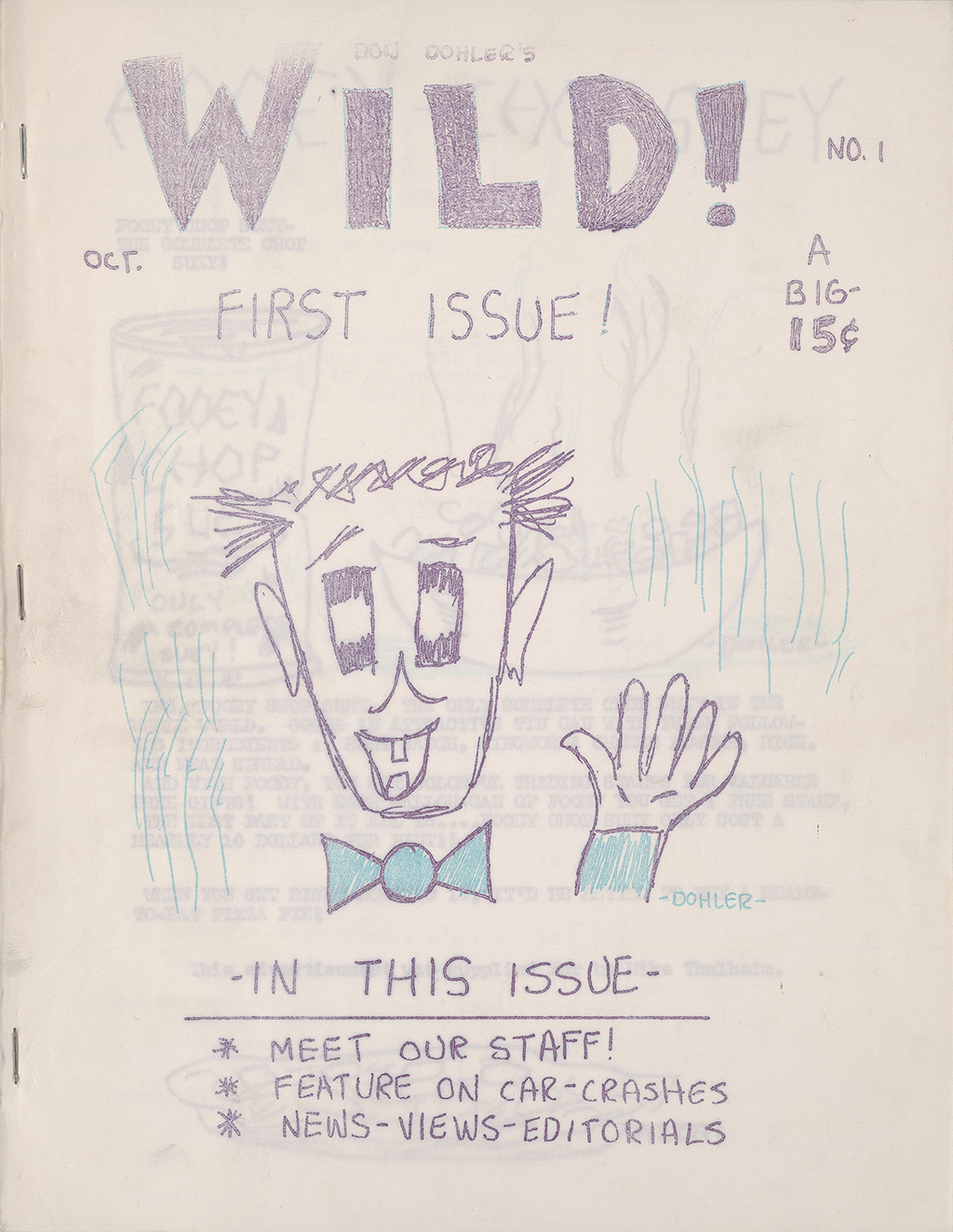 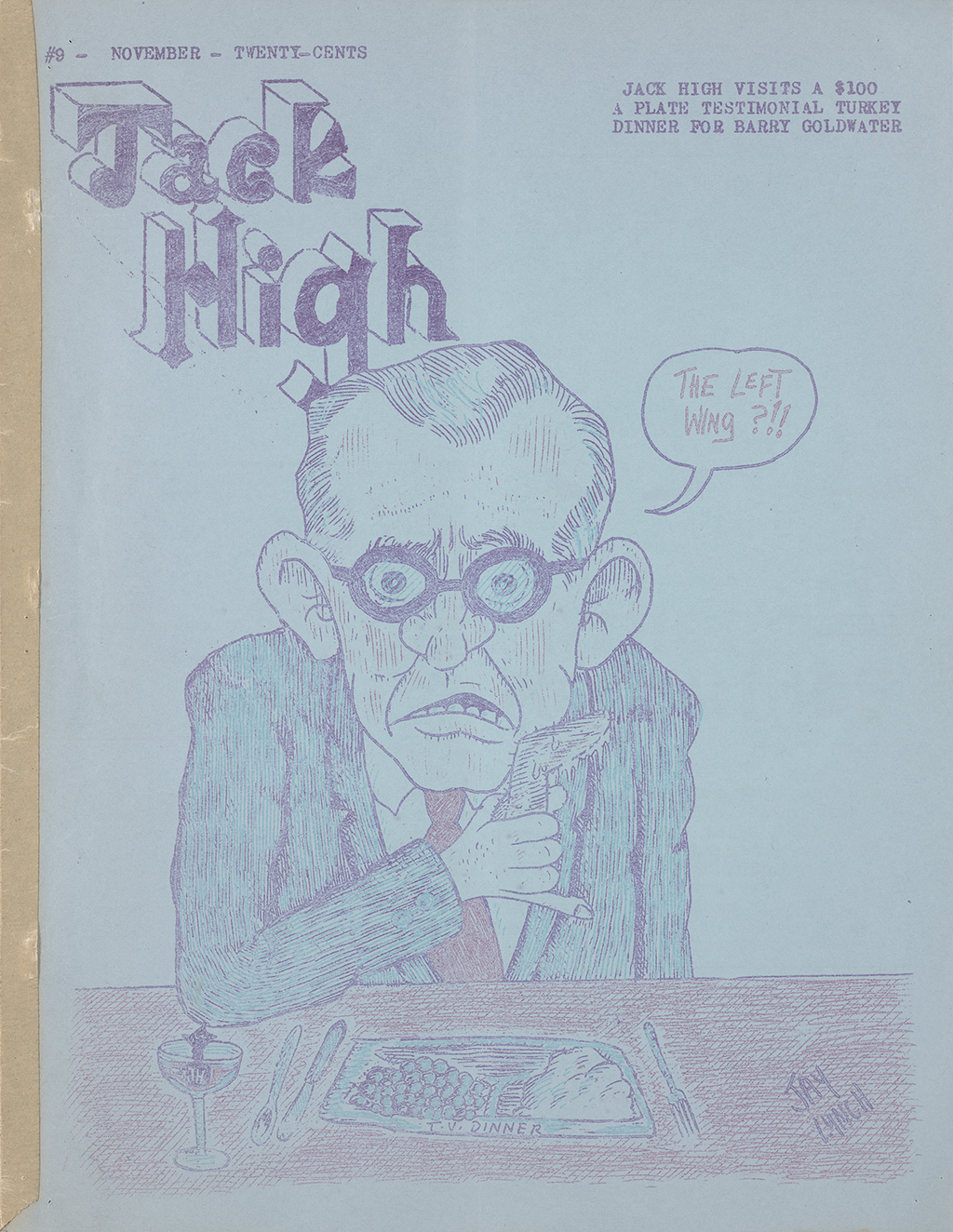 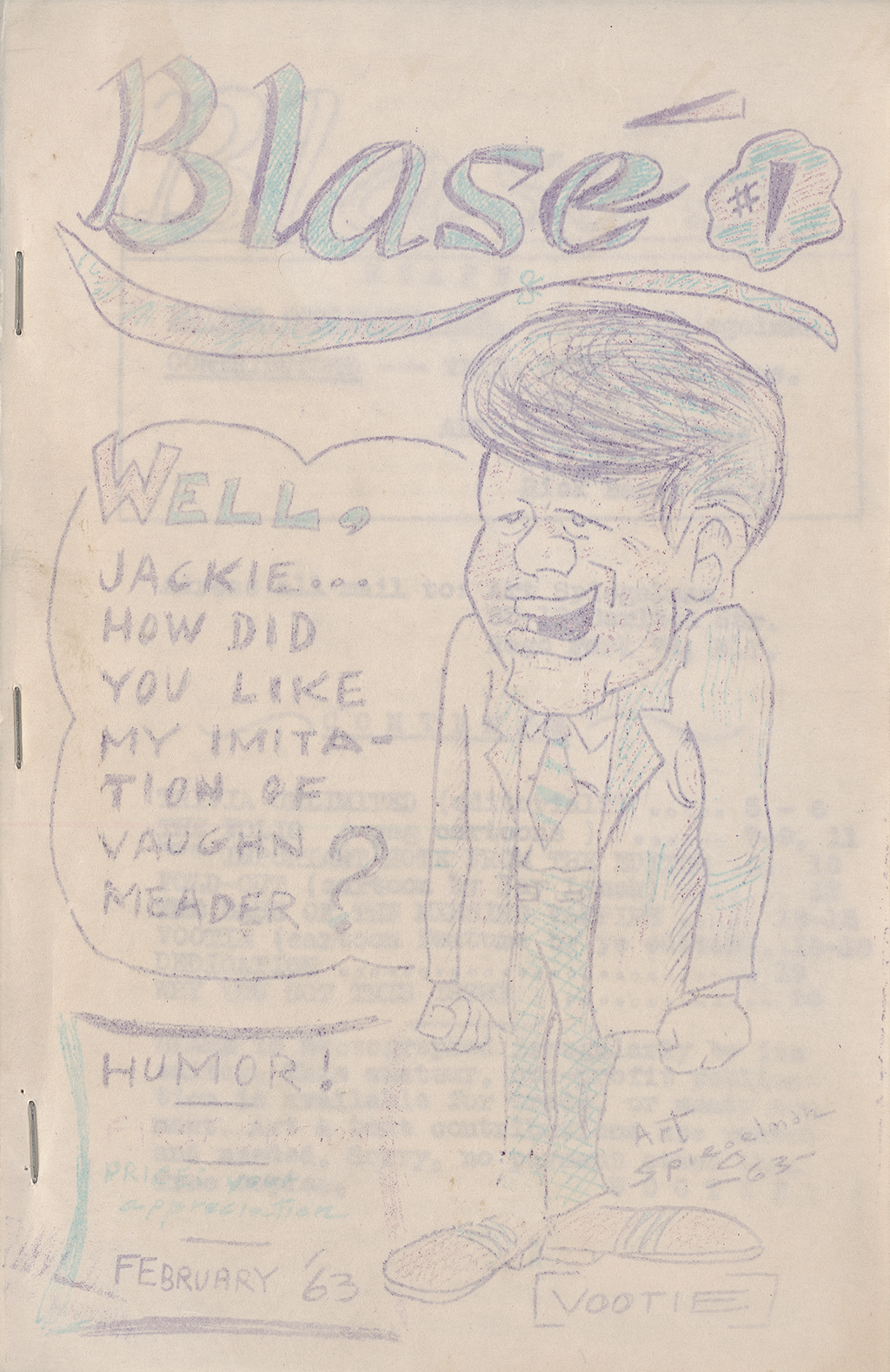