Those unfamiliar with Milton Caniff’s comic Terry and the Pirates may recognize “Dragon Lady” as a derogatory term assigned to Asian women who are stereotyped as mysterious and beautiful, but ultimately deceitful and untrustworthy. Whether Caniff coined the term or not is unknown, but there is no doubt that he introduced and embedded it in American vernacular.

In 1934, influenced by popular adventure films of the time starring Chinese-American actor Anna May Wong and books such as Aleko Lilius’ I Sailed With Pirates, Caniff introduced readers across the nation to this alluring but dangerous pirate queen, who became a staple villainess in the comic for the remainder of its run. She flirted with lead character Pat Ryan and captured the heart of many – most notably, American author and Nobel Prize winner John Steinbeck. The letter shown here is a piece of personal correspondence from the Of Mice and Men and The Grapes of Wrath author to Caniff in 1942. It illustrates not only Caniff’s popularity and fame, but the impact of his rich character development on readers. 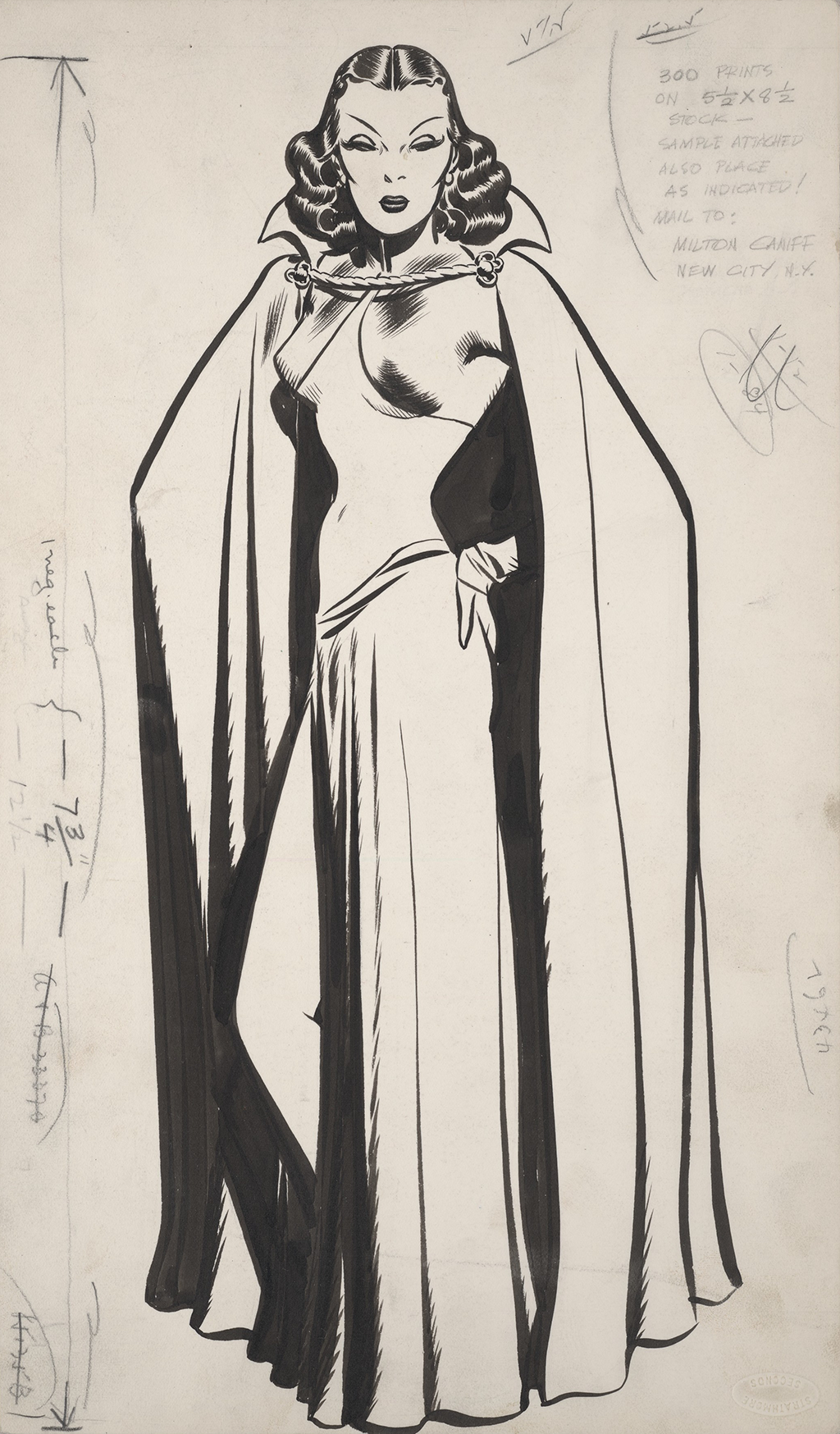 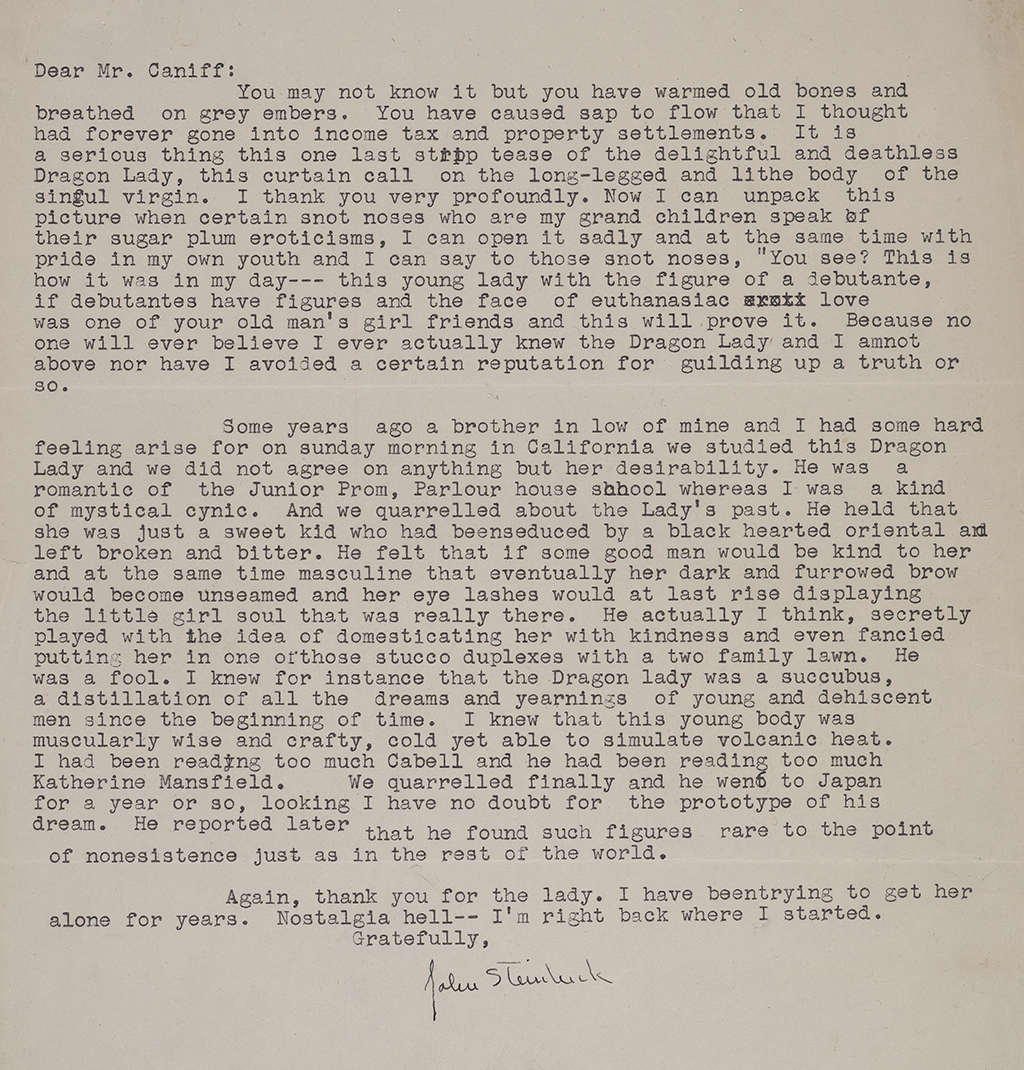