Under the North Pole

Voyage of the Nautilus 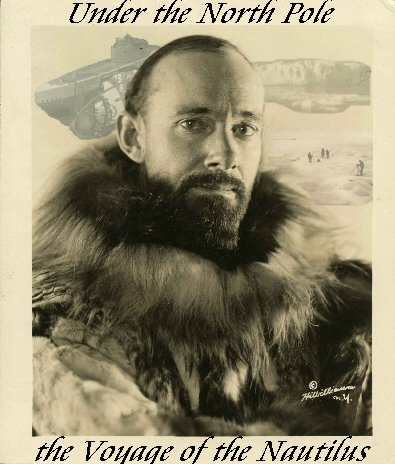 In 1930, Australian George Hubert Wilkins began making plans to take a submarine under the north polar ice, funded by the wealthy American financier, Lincoln Ellsworth. The expedition would be known as the Wilkins-Ellsworth Trans-Arctic Submarine Expedition. Wilkins’ interests in polar studies were varied, but of primary interest to him was the effect of the poles on global climate, as well as mapping of unknown areas. He believed that submerging a submarine under the Arctic ice pack would provide a new opportunity for scientific investigation. The submarine Nautilus finally set sail on June 4, 1931. Unfortunately, it was wrought with mechanical problems throughout the entirety of the expedition. Although the goal of submerging at the North Pole was not achieved, it did prove that a submarine could succeed in Arctic travel.

The virtual exhibit “Under the North Pole: Voyage of the Nautilus” draws on the rich collection of documentation and artifacts contained in the Papers of Sir George Hubert Wilkins, housed at The Ohio State University Archives as part of the Byrd Polar and Climate Research Center Archival Program. The exhibition is divided into eight categories, highlighting the expedition from its inception to the end, when the submarine Nautilus was scuttled off the coast of Norway on November 30, 1931.