Matches from the cairn left by Roald Amundsen in 1911, and discovered by the geological party, 1929, Richard E. Byrd Papers. 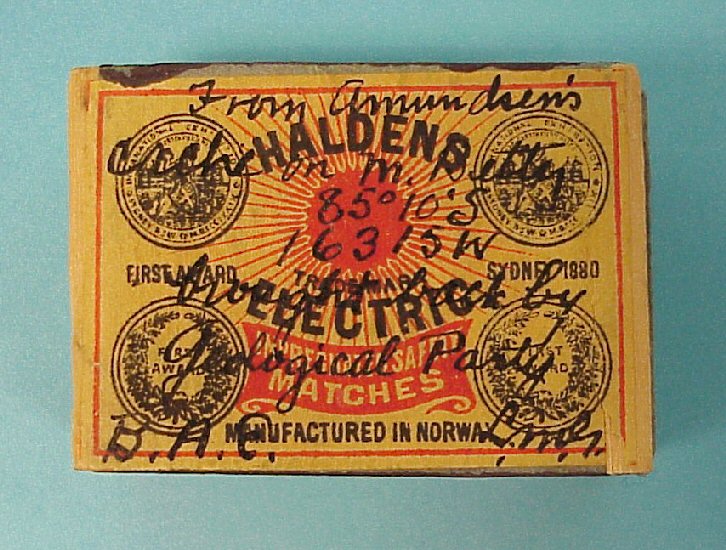